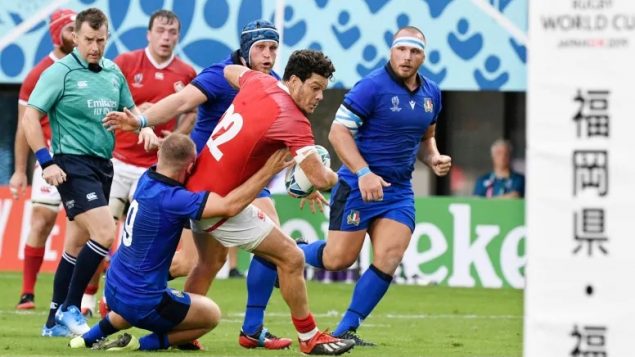 Canada's Ciaran Hearn, centre, is tackled by Italy's defence during the Rugby World Cup Pool B match in Fukuoka, western Japan, last Thursday as the Canadians were soundly beaten by the Italians in their first WC fixture in Japan ( Keisuke Koito/Kyodo News via The Associated Press)

In spite of their spirit and determination, Canada may not have been expected to do well at the international championship, especially as the Canadian team struggled to even make the event, squeaking into the last spot.

After being clobbered by Italy in their first match last week, 48-7, things looked less than hopeful as they faced off yesterday against the powerhouse defending champion New Zealand All Blacks. 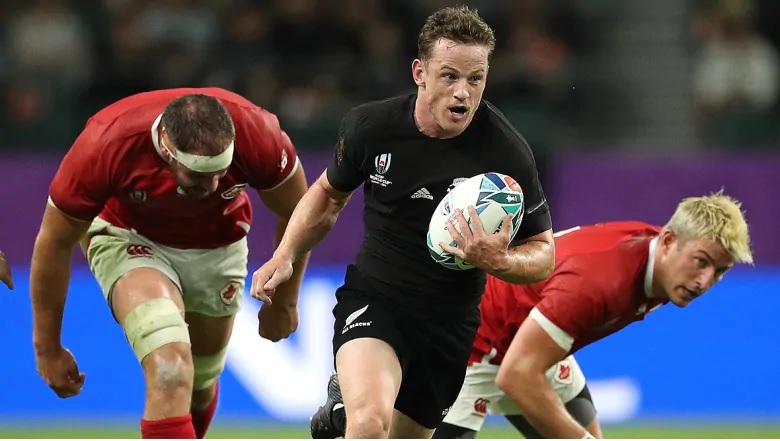 However, even with low expectations the drubbing they got at the hands of the All Blacks was somewhat embarrassing.

Being held in Japan, the conditions were hot and humid as the Kiwis managed four unanswered tries in the first half and a bonus point for a 28-0 lead, and then romped over the Canadians for five more in the second half, blanking the Canadians 63-0

Canada faces South Africa next on October 8, then Namibia on October 13.