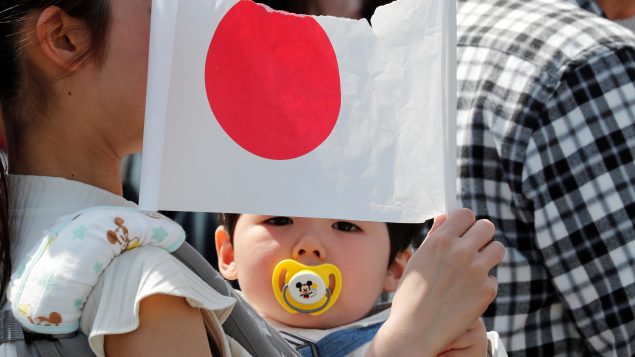 Japan is struggling with one of the world's lowest birth rates. (Kim Kyung-Hoon/REUTERS)

Although it is perfectly legal, taking paternity leave could harm your career in Japan.

A Canadian father has had this experience and is appearing Wednesday in a Tokyo court to continue his legal action against his former employer.

Glen Wood, 49, who has lived in Japan for 30 years, alleges that he was bullied and fired by his Japanese employer after trying to obtain paternity leave.

He was working at brokerage house Mitsubishi UFJ Morgan Stanley Securities when his son was born prematurely in October 2015.

The baby was born in Nepal, where his mother was working at the time.

Prior to the birth, Wood had already requested paternity leave, a right guaranteed by Japanese law.

But the firm did not let him have it and the father even had to submit a DNA test to prove his relationship with his son.

I knew it was a sort of old fashioned thinking type of company but I was still very surprised, even when it was an emergency and my son was in the ICU (intensive care unit), that they wouldn’t let me take paternity leaveGlen Wood told AFP before the hearing Wednesday.

Wood was only allowed to take leave on Christmas Day 2015. 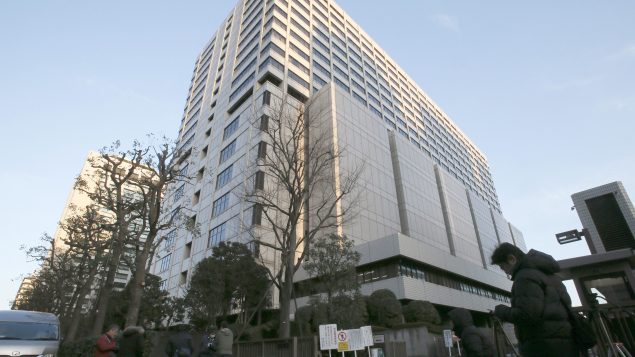 “My life plunged into hell”

In March 2016, Glen Wood returned to work after bringing his baby to Japan, but things had changed, he said.

“The bosses suddenly changed and I was shut out of important meetings… word was spread that ‘he can’t be trusted,’ or ‘you can’t count on him’. My life plunged into hell,” Wood told the court in Japanese.

Wood went on to explain that this behaviour had led him to depression. He eventually took six months of medical leave.

When he returned to work, the company put him on unpaid leave before firing him shortly after.

The firm denies the charges

Mitsubishi UFJ Morgan Stanley Securities has denied any wrong doing, insisting on the fact that it supports the rights of employees to take their legally mandated parental leave.

After the child was born I made considerations so that he didn’t have to stretch himself. People around him also worked hard to cover for him during his leave. Honestly I still don’t understand [the accusations]Senior official Akihiro Kiyomi, Mitsubishi UFJ Morgan Stanley Securities 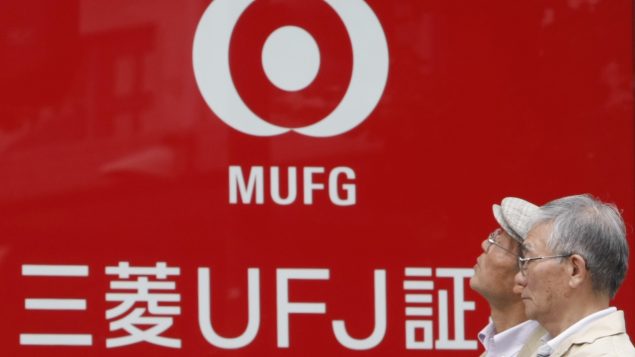 Only a few take their parental leave in Japan

This is the second such case in a few months in Japan.

A Japanese man is also suing his former employer, the sportswear manufacturer Asics, on the grounds that he was allegedly dismissed after taking paternity leave.

By law, Japan offers comparatively generous parental leave. Both parents can take up to a year off, with additional renewable six-month periods if a nursery place is unavailable.

But only a few fathers (6%) take parental leave, compared to more than 80% of mothers who use their allowance beyond the mandatory eight-week period after birth.

The reason for this disparity lies in the way Japanese society works. It values long working hours and employers tend to put pressure on their staff, say activists.

For example, among fathers who take paternity leave, more than 70% take it for less than a fortnight.

However, the Japanese government is trying to reverse this trend and hopes that the proportion of men taking paternity leave will reach 13% by 2020.

With files from AFP.

1886 ♥ New Democrats propose plan to get money to Canadians quickly

1829 ♥ Temporary foreign workers will be allowed into Canada