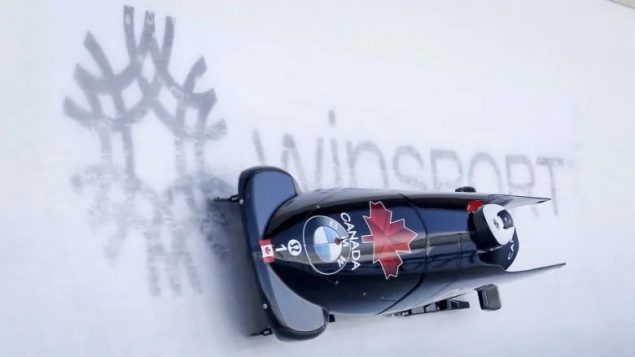 Canada's Justin Kripps, left, and Ryan Sommer, compete during the men's World Cup boblsed event in Calgary on Feb. 23, 2019. It is likely the last ever to be held there Canadians who have trained on the course have won a combined eight Olympic medals in bobsled and skeleton since 1988, while Canadian lugers won Olympic medals for the first time last year in Olympic competition in Korea with a silver and bronze. (Jeff McIntosh/Canadian Press)

It was a world-class facility in its day, but now some three decades years after it was built for the 1988 Olympics, the Calgary luge, bobsleigh, skeleton facility is in dire need of repairs.

Canada only has two sliding tracks and the Calgary track closed in spring facing $25 million in repairs.

WinSport Canada Olympic Park CEO, Barry Heck, said the facility has only received $17 million of the needed funds from federal and provincial sources. 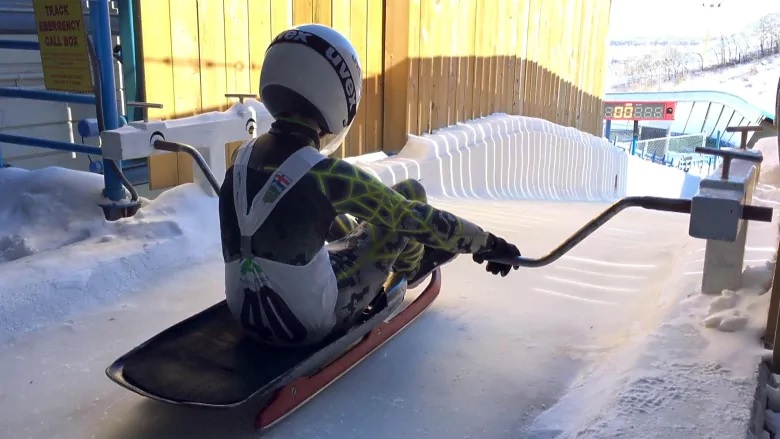 This luger may be one of the last people ever to slide down Calgary’s track, which closed in March, and it’s future is now in doubt, (Lucie Edwardson/CBC

The top five corners were demolished this week, and many athletes wonder if the track will ever be reopened.

Heck said the Olympic Park was counting on money to come in order to present the 2016 winter games but Calgarians voted against a hosting bid. 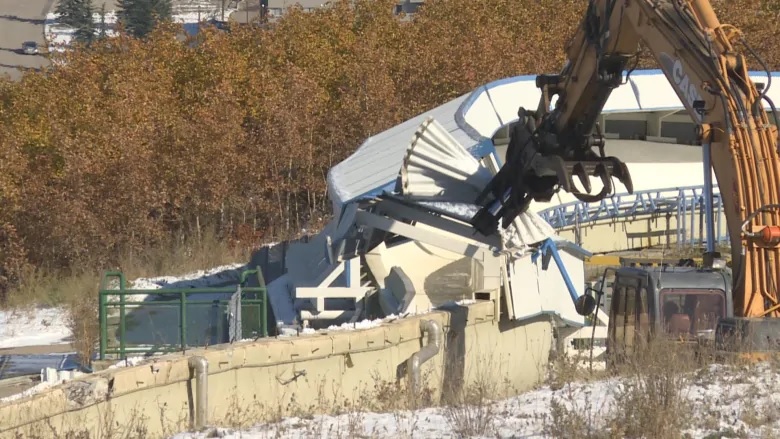 Winsport began to dismantle the upper part of the the track Thursday. a portion used by bobsleigh. (Dave Gilson/CBC)

He said the organisation remains committed to a rejuvenated track but plans will only be firmed up at the end of the fiscal year.

Funds were made available to take out the top section of the sliding track to enable construction of a “slope style” course and other freestyle skiing terrain as part of a winning bid for the 2020 to 2022 X-Games. 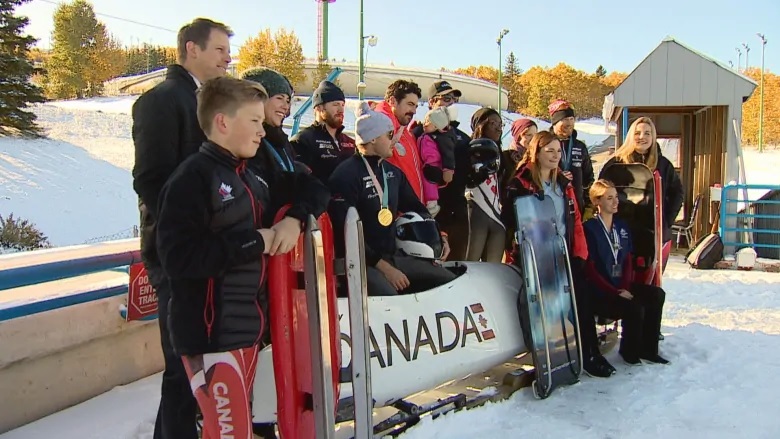 Bobsled, skeleton and luge athletes were at the Olympic track on Thursday to showcase the positive impact the facility has had. many say the loss of the track will hinder Canada’s future in the sport (Charlotte Dumoulin/CBC News)

For some the closing of the sliding track has meant the end of their careers. The Calgary track near the city made it easy to live, train, and work there. They say travelling to Whistler, British Columbia to the only other track is not viable.

Coaches and sliding associations say the location of the track near the city made recruiting future medal winners easier.