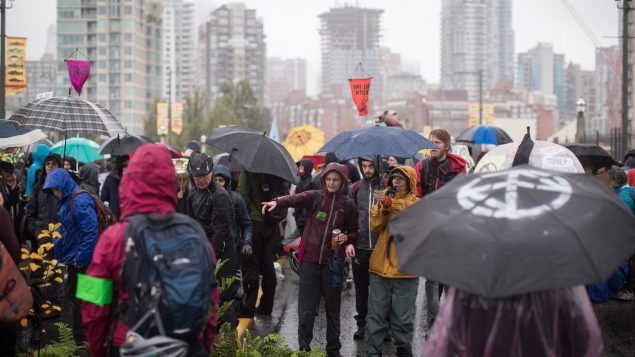 Protesters with Extinction Rebellion occupied a bridge in and out of downtown Vancouver on October 7, 2019. Several bridges were closed across Canada. (Darryl Dyck/The Canadian Press)

On October 7, 2019, Extinction Rebellion activists blocked several bridges in Canada and succeeded in drawing attention to their message that climate change is an emergency already underway. The movement’s name refers to the belief that the world has entered the sixth global mass extinction event. It’s symbol is an hourglass that represents the view that time is running out.

The group’s first protest in 2018 rallied 1,500 activists in London, England, and has since spread to more than 60 countries. 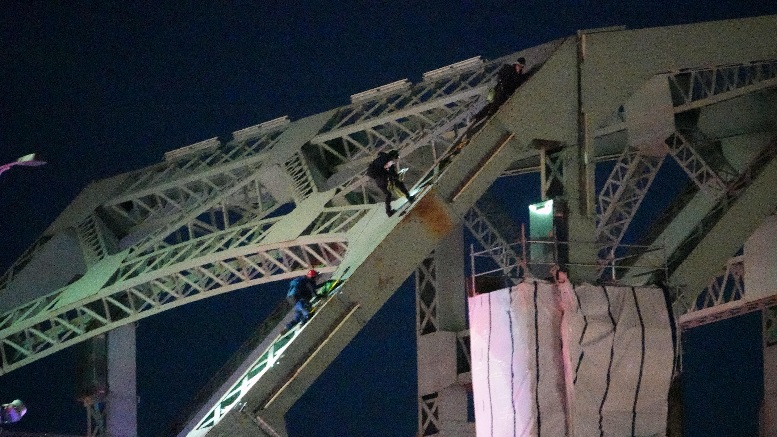 “Extinction Rebellion engages in non-violent, direct action, where they do dramatic acts. Sometimes they even break the law,” says Patricia Wood, a geography professor at York University and author of Citizenship, Activism and the City.

“They are trying to really draw attention and interrupt our daily lives.”  They occupy urban space in a way that disrupts commutes, they have glued themselves to government buildings and they sometimes wear colourful costumes and use creative signage.” 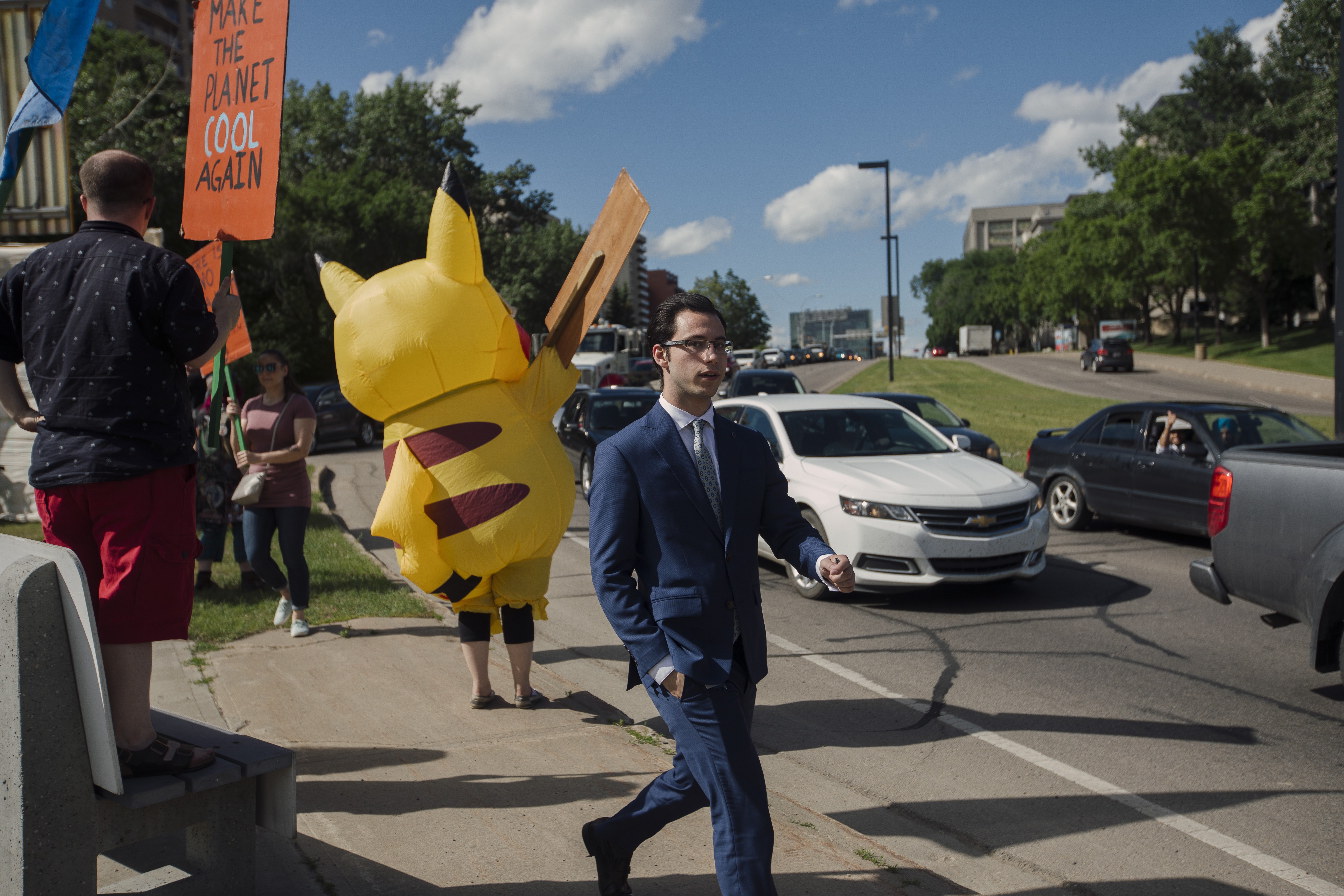 Some activists, like the one in the background on an Edmonton street, wear colourful costumes to draw attention to their demands. (Amber Bracken/The Canadian Press)

There has been some negative reaction to the tactics, notably from commuters who argue that sitting in their cars on blocked bridges emits more greenhouse gases contributing to climate change. But Wood says that can further the activists’ goals.

“It certainly is annoying and that’s kind of the point, right, is to interrupt and annoy people as a way of really getting their attention around the urgency of this question because, while a lot of people may acknowledge the reality of climate change and the need to do something, there’s…an accurate sense that we’re not doing enough and we’re not doing it quickly enough.”

Wood thinks the action has succeeded in drawing more attention to the urgency of climate change in that there has been extensive media coverage and efforts by journalists to delve more deeply into the subject, and politicians have been talking more about it, particularly in Canada’s current election campaign.

There will be another week of intense actions by Extinction Rebellion and Wood says she will be interested to see if they grow in size and drama, and whether governments respond. “If governments do not respond to them, I think it’s likely that we could expect to see an escalation in tactics because certainly, the science is on their side. They’re right and the urgency isn’t going away.”