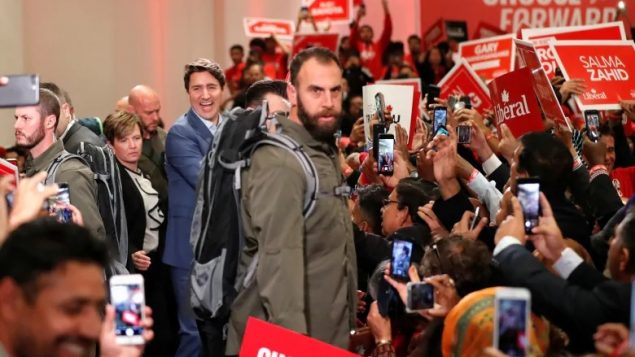 High-profile security surrounds Liberal Leader Justin Trudeau as he arrives at a rally in Mississauga, Ont., on Saturday. The rally was delayed for 90 minutes due to a security issue that forced Trudeau to wear a bulletproof vest. (Stephane Mahe/Reuters)

In a first, Trudeau forced to wear bulletproof vest at election rally

In what Canadian security experts say was an “unprecedented step,” Liberal leader Justin Trudeau wore a bulletproof vest at a campaign rally on Saturday night.

A heavily-armed RCMP tactical team also surrounded the prime minister as he delivered a speech that began 90 minutes late to a rally of about 2,000 supporters in the Toronto suburb of Mississauga, Ontario.

Trudeau, who usually campaigns in shirtsleeves, addressed the crowd wearing a sports jacket with the contours of the vest outlined under his dress shirt. 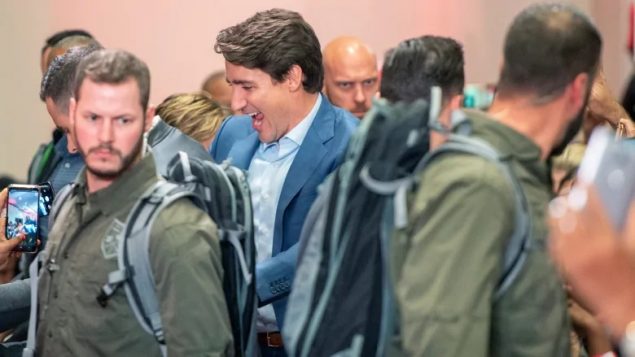 Neither Trudeau, who says the threat will not change the way he campaigns, nor the RCMP has divulged the nature of the threat.

It came as Canadians were celebrating their annual autumn Thanksgiving holiday weekend–on the cusp of the Oct. 21 general election’s final week.

Polls suggest an extremely tight race between Trudeau’s Liberals and Andrew Scheer’s Conservatives with many pundits predicting that Trudeau could lose his majority but hold on to power in a minority government. 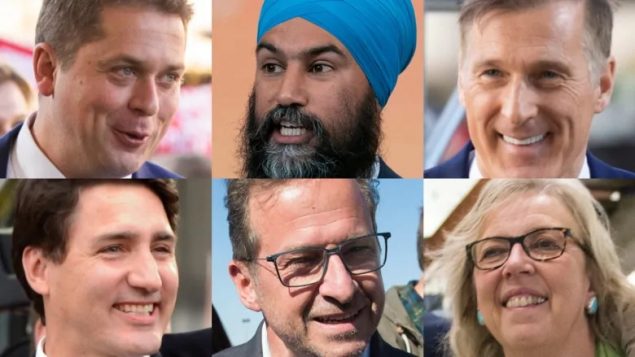 The sources added that there’s been an increase in online posts condoning violence during this campaign — and one of the investigators’ main areas of concern is the growing number of anti-immigration posts.