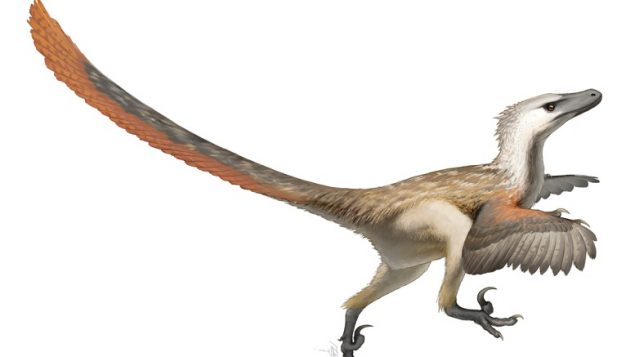 Artistic interpretation of Velociraptor Mongoliensis- a cousin to the one found in Alberta. Unlike movie versions, they would have been the size of large turkeys, and with the tail, about 2 metres in length. (Fred Wierum- wiki commons

If you saw the hit sci-fi film Jurassic Park, then you have some idea about Velociraptors.  However, unlike the movie version, they would be about the size of a today’s large turkeys, and were completely feather covered. 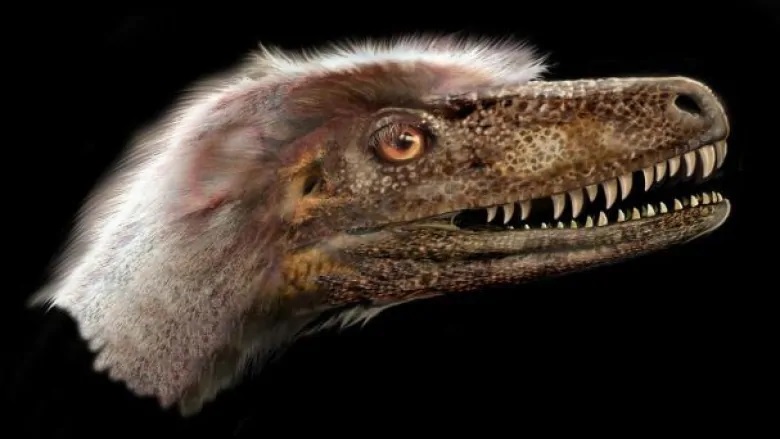 The small, feathered raptor dinosaur Saurornitholestes langstoni, a member of the larger group of theropods- hollow-boned, three toe dinosaurs, similar to Velociraptor, but now understood to be of a different lineage (Illustration by Jan Sovak)

It was thought that around the world millions of years ago the raptors all evolved as one lineage.

A very well preserved fossil of Saurornitholestes langstoni,  a small meat-eating raptor had been discovered in Alberta’s Dinosaur Provincial Park in 2014, about 220 kilometres southeast of Calgary.  Subsequent research by world-renowned paleontologists Philip Currie and Clive Coy from the University of Alberta and David Evans of the Royal Ontario Museum, shows that although raptors evolved from a common ancestor this 76 million year raptor and the American lineage is different from that of  the Eurasion lineage and the famous Velociraptor. 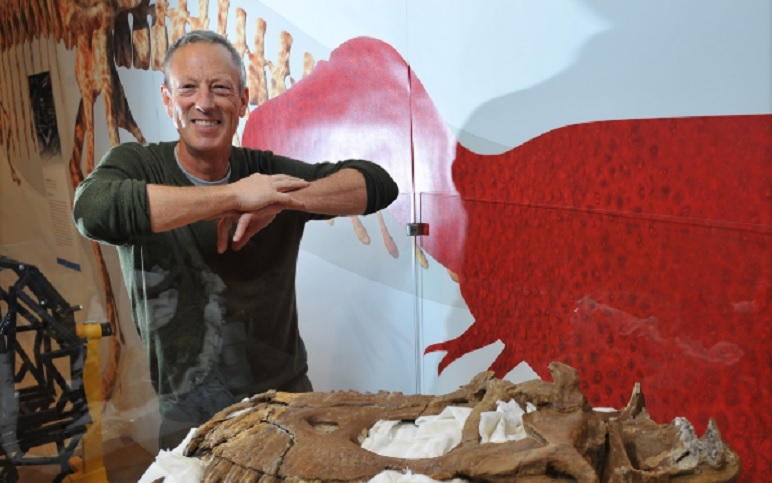 Quoted in the University of Alberta news service, David Evans said, “Because of their small size and delicate bones, small meat-eating dinosaur skeletons are exceptionally rare in the fossil record. The new skeleton is by far the most complete and best-preserved raptor skeleton ever found in North America. It’s a scientific gold mine”.

They also discovered an unusual flat and ridged tooth at the front of the mouth believed to be designed for preening the feathers. This has since also been observed in Velociraptor. 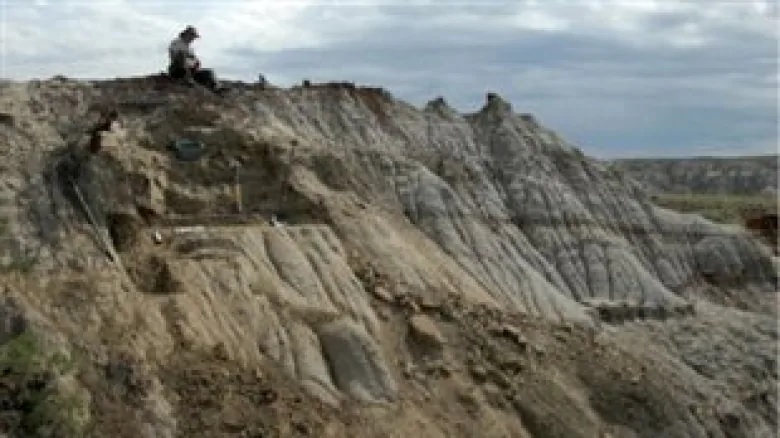 An excavation site on the side of a hill in Alberta’s Dinosaur Provincial Park shows general features of the region. (Courtesy of Philip J. Currie, Robert Holmes, Michael Ryan Clive Coy, Eva B. Koppelhus)

Currie said this exceptionally well preserved fossil helps fill in several pieces of the paleontology puzzle adding, “This ranks in the top discoveries of my career. It is pretty amazing.”  He said

The findings were published in the American Association for Anatomy’s The Anatomical Record journal of September 9, 2019.  (link here)

While research has so far focussed mostly on the head, the scientists will continue their study of the rest of skeleton, complete except for the tail portion.