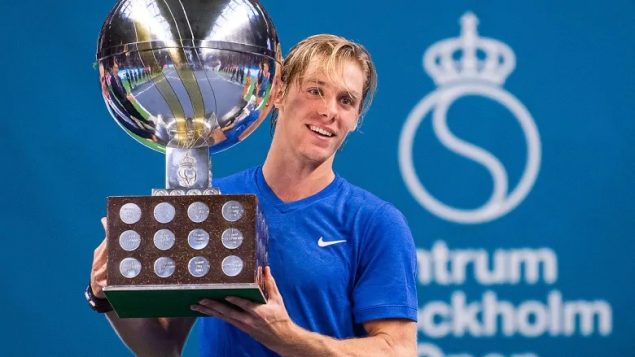 Denis Shapovalov poses with his trophy after winning the Stockholm Open on Sunday for his first ATP title. He defeated Filip Kranjinovic of Serbia 6-4, 6-4. (Jonathan Nackstrand/AFP via Getty Images)

In the Great Professional Tennis Scheme of Things, an ATP 250 in Stockholm and an ATP Challenger in Las Vegas are not the kind of tournaments that garner a lot of headlines.

But don’t kid yourself.

Unless you’re a top-ten player, it’s no cakewalk to the winner’s circle, which is where two Canadian tennis players, Denis Shapovalov and Vasek Pospisil, wound up this weekend.

They are quite a ways apart on the ATP ranking spectrum

Shapovalov is a hot-shot comer at the age of 20.

Pospisil, who is 29, is trying to resurrect a career long-plagued by injuries

Both have to be feeling pretty darn good about themselves right now.

Shapovalov caught the tennis world’s attention a couple of years ago in Montreal when he made the semifinals of the Rogers Cup and then advanced to the fourth round of the U.S. Open, winning lots of fans with his emotional, all-out, go-for-broke style.

But as more and more players grew to know what to expect from him, he had more than a few problems, going 0-7 in semifinals at tournaments around the world.

That all changed this week.

In his first-ever ATP final, Shapovalov scored a 6-4, 6-4 victory over Serbian Filip Krajinovic, the world’s No. 60.

Ranked No. 34 going into the tournament, Shapovalov is now back in top-30 for the first time since July. 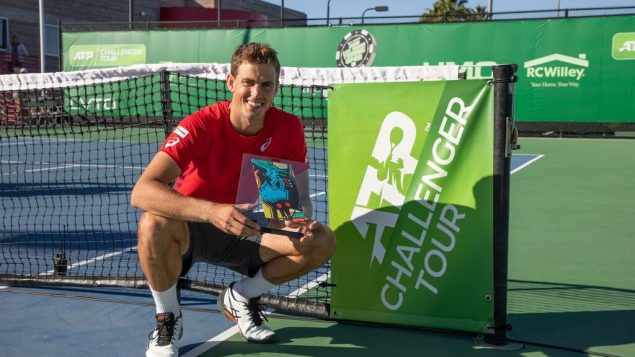 Vasek Pospisil was all smiles after his victory Sunday in Las Vegas. (Twitter)

The victory was the latest step in a long, tough and gritty comeback campaign for Pospisil, who advanced to the Round of 16 appearance at the Rolex Shanghai Masters as a qualifier earlier this month.

At Shanghai, he earned his second Top 20 win in recent weeks, upsetting Diego Schwartzman after toppling Karen Khachanov at the US Open.

Since then, because multiple injuries, he has seen his ranking fall.

For some perspective on Shapovalov and Pospisil’s victories and what they mean for each player, I spoke with Stephanie Myles, editor-in-chief of Tennis.life and the author of an upcoming book on Bianca Andreescu, the Canadian who won this summer’s Rogers Cup and the U.S. Open.