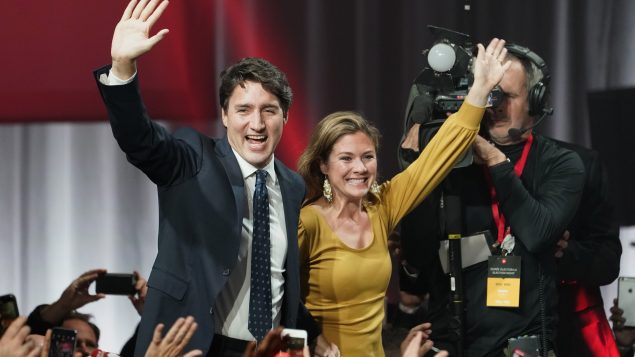 Liberal leader Justin Trudeau and his wife Sophie Gregoire Trudeau wave to supporters at election headquarters in Montreal after his win was announced on Oct. 21, 2019. (Paul Chiasson/The Canadian Press)

Justin Trudeau’s Liberals win, but with a minority

The Canadian electorate has returned Justin Trudeau to power but he will need the support of another party or parties for his government to survive. To hold a majority in Canada’s House of Commons, a party needs 170 seats, but the Liberals only obtained 157. The Conservative Party was disappointed to obtain 121 seats, in spite of the fact that they got marginally more of the popular vote.

This means the Liberals will have to get the support of either the New Democratic Party (NDP) which won 24 seats, or the Bloc Québécois which won an extraordinary 32 seats and is a nationalist party representing the special interests of the mainly French-speaking province of Quebec. The Liberals may also seek support for the Green Party, but it only picked up three seats.

The only right-leaning, populist party in the running, The People’s Party of Canada, failed to gain a seat.

Former Liberal cabinet minister Jody Wilson-Raybould narrowly won her seat as an independent. She was ejected from the Liberal Party over the SNC-Lavalin scandal. At the time, she was attorney general and charged that she was pressured by the Prime MInister’s Office to spare the engineering company from prosecution and instead make a reparations agreement.

For the first time, no party got more than one-third of the popular vote.

The result is indicative of stark regional differences in Canada. This was immediately acknowledged by Trudeau. 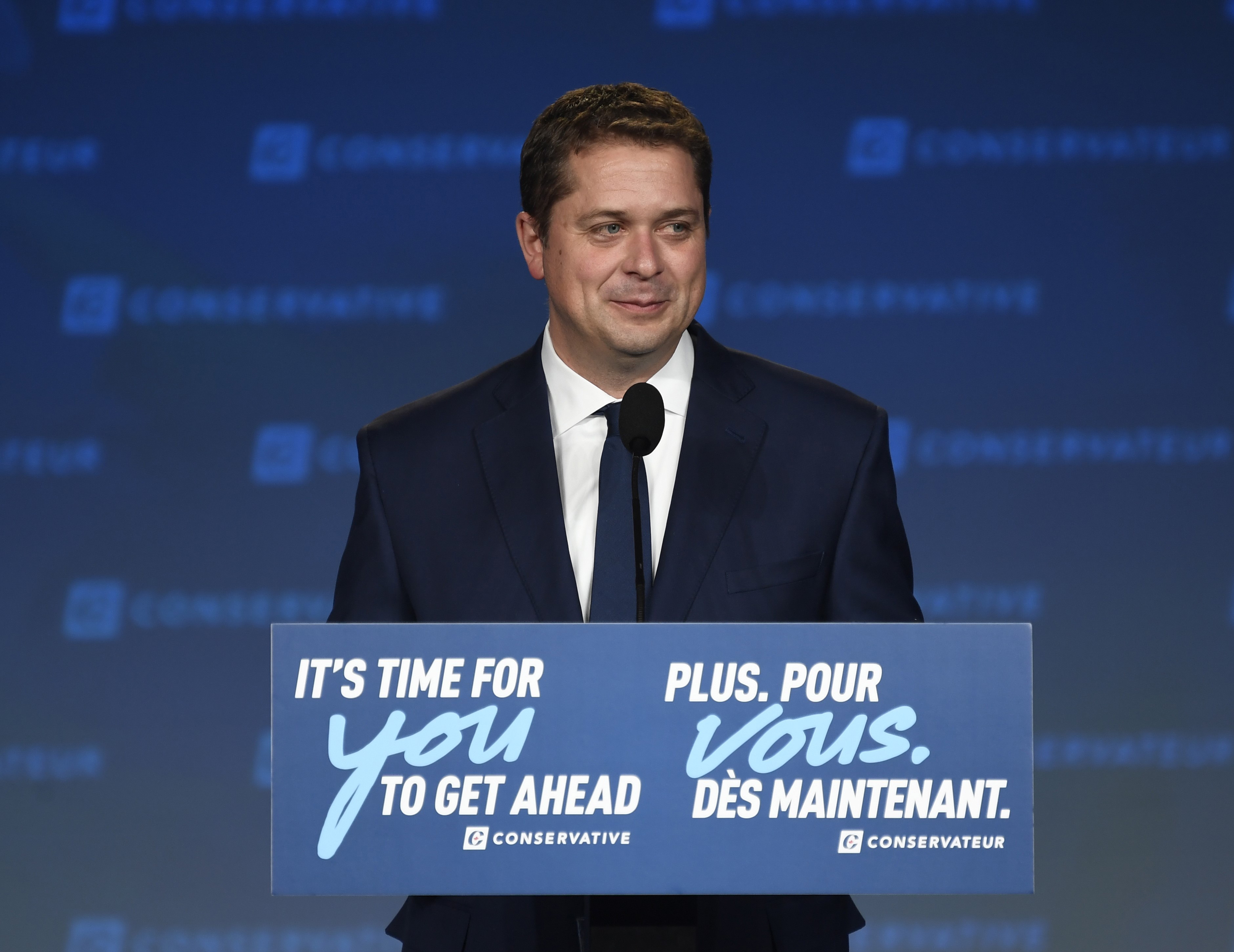 Andrew Scheer and his Conservative Party are strong supporters of the oil industry and were massively supported by voters in Alberta and Saskatchewan. (Jeff McIntosh/The Canadian Press)

Concerns for the oil industry, economy apparent in west

The Liberals were shut out of the western provinces of Alberta and Saskatchewan. These are oil-rich provinces and they will be represented by the Conservative Party, as they traditionally have been.During the election campaign the Conservatives had vowed to withdraw the carbon tax imposed by the Liberal government as a measure to combat climate change. The Liberal government had tried to balance this effort to reduce greenhouse gas emissions with a boost to the oil industry in the form of purchasing a major oil pipeline. This appears to not have assuaged western voters who are worried about the decline of the oil industry and harm they have suffered to their economy.

On the other side of the country, voters in Quebec were not happy with the Conservative idea of building an oil pipeline through that province. Quebec was one of the first adopters of a carbon cap and trade system and voters are very sensitive to the environment. In addition, they are very protective of their unique culture and French language. While the Bloc Québécois is a sovereigntist party, it has vowed it will not seek the independence of Quebec during this mandate. Indeed, public opinion polls show there is no appetite for sovereignty at this time.

Trudeau’s Liberal Party is centre-left and the New Democratic Party (NDP) would appear to be a natural ally for the Liberals. Leader Jagmeet Singh expressed his willingness to work with the Liberals during the election campaign.

Minority governments in Canada generally last 18 to 24 months. Analysts have pointed out that no party is in a position any time soon to vote no confidence in a Liberal government and trigger another election. They will need time to raise more money and to regroup. Conservatives may question the leadership of Andrew Scheer who did not deliver the number of seats they thought they would win. His deputy leader, Lisa Raitt, also lost her seat.

NDP Leader Jagmeet Singh is the leader whose views are closest aligned with those of the Liberal Party. Hear his election night speech.

The Conservative Party did not win as many seats as expected, but did get a marginally bigger share of the popular vote. Hear Conservative Leader Andrew Scheer’s election night speech.

The Green Party’s major campaign platform was the climate emergency. It won three seats, but its was considered to have made significant gains. Hear Green Party Leader Elizabeth May’s election night speech.

One comment on “Justin Trudeau’s Liberals win, but with a minority”

Concerns about a new respiratory virus as jt ]