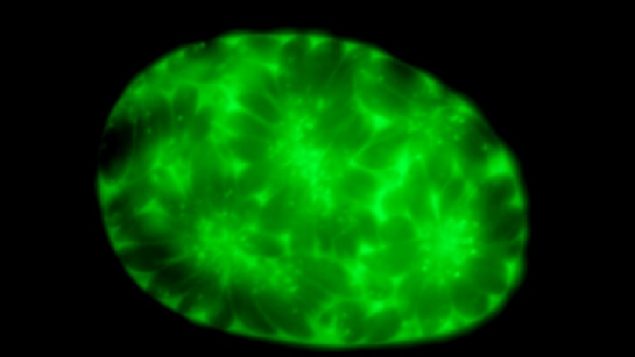 A human cell infected by a transgenic Toxoplasma gondii line (T. gondii) expressing a fluorescent protein (bright speck) in order to study the parasitic infection by fluorescence microscopy. T. gondii parasites (dark elongated shapes) are replicating within the vacuole they live in. © INRS

It’s a microscopic parasite you probably haven’t heard of even though it’s very common. Toxoplasma gondii. (T.gondii), which causes toxoplasmosis, infects one-third of the world’s population.  Over 90 percent of women of childbearing age are at risk of contracting the parasite worldwide. In Canada among First Nations communities, the prevalence of the infection has reached 60 percent.

For all of that, little is known about how it manages to survive and infect so many people and over 350 species of mammals both terrestrial and aquatic, in other words, although well-studied, it’s not known how to prevent its transmission.

Professor Maritza Jaramillo (PhD) and her team are working to learn more about the parasite. She is a professor in microbiology and immunology at the Institut National de la Recherche Scientifique (INRS) in Laval, immediately north of Montreal. Her team,k in collaboration with researchers from Karolinska Institutet (Sweden), CHU-Sainte-Justine, Université de Montréal and Université de Sherbrooke, is working to understand more about this parasite, an area in which little previous research has been conducted into this worldwide concern.

Although so many people have the parasite, it usually has little effect on healthy people.  However, anyone who’s system is immune compromised such as HIV patients, or the elderly, transplant patients and so on. Also it can be transmitted to a pregnant woman’s unborn foetus as it can pass through the placenta.  Once in the body it can travel to the brain, the eyes, or the placenta.  In the brain it can cause fatal encephalitis, blindness in the eyes, or in the case of the foetus, deformation, mental retardation or a miscarriage. 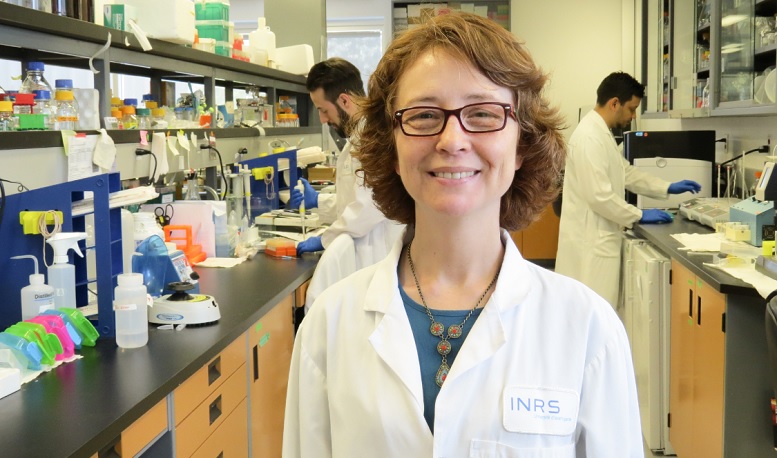 Jaramillo says in some countries, such as France, it is compulsory to be tested for the parasite when pregnant. This is not the case in Canada.

She adds while there are treatments, but no vaccines, and for pregnant women the treatments themselves can damage the foetus. 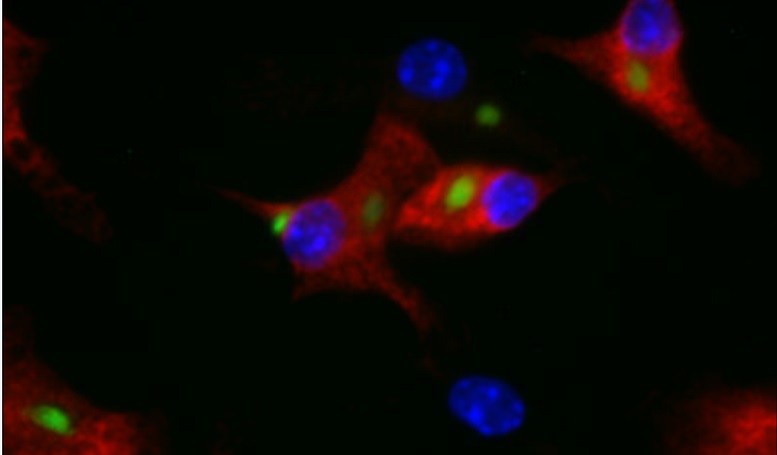 “Immunofluorescence microscopy showing macrophages, a type of immune cell, infected by Toxoplasma gondii (green fluorescence). Upon infection, the levels of phosphorylation of a particular host protein is augmented, as seen by an increase in the red fluorescence intensity. The host cell nucleus is observed as a round blue ellipse (Jaramillo lab INRS)

Her lab is in the process of studying how the parasite manages to survive the body’s defence and immune mechanisms. What they have found is a surprisingly complex concept of the parasite reprograming the RNA translation into proteins of host cells to change their function so that it protects itself from being recognized as being invasive. If they can determine the molecular mechanisms involved, the researchers will then be able to create countermeasures.

She notes that while this is obviously important for humans, it is also of great concern to the livestock industry world wide where these animals can also be infected.