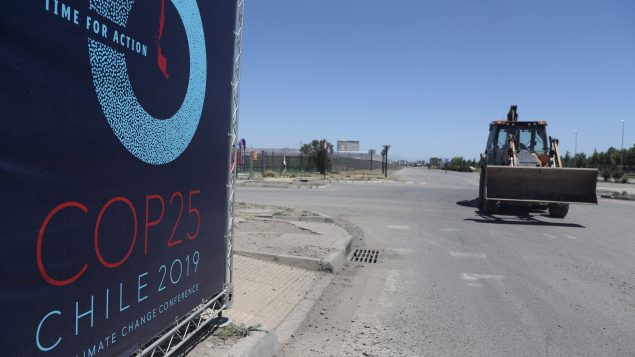 "Our focus remains on delivering the clear mandate Canadians elected this Parliament to work on," a spokeswoman for Environment and Climate Change Minister said (Esteban Felix/AP Photo)

Canada will not host climate summit due to “unrealistic timelines”

Ottawa confirmed today that Canada will not take over from Santiago in the organization of the next COP 25 as Chile announced on Wednesday that it will no longer be able to host this event due to the social crisis it is currently facing.

In a statement to Radio-Canada, Environment Minister Catherine McKenna’s office acknowledges that “these conferences are essential in our global fight against climate change.”

However, “Canada is not planning to host the COP25 next month,” says Deputy Director of Communications Caroline Thériault. “Our focus remains on delivering the clear mandate Canadians elected this Parliament to work on.”

We are confident that the entity responsible will find a solution Caroline Thériault, Deputy Director of Communications

Large international summits such as these require significant infrastructure and security planning.

According to government sources, organizing a climate conference takes between one and two years and involves 10,000 to 20,000 people. Taking that on with just four weeks to go, immediately after a federal election, presented “unrealistic timelines.”

The Quebec government was the first to react by saying that the province will not host the event. 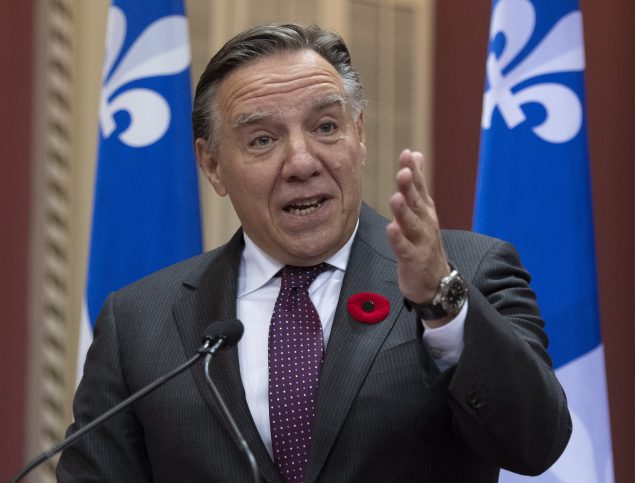 Quebec Premier François Legault said that “it is not realistic” to host the COP25. (Jacques Boissinot/THE CANADIAN PRESS)

“It’s in a month’s time; we have to be realistic now,” said Quebec’s premier Legault. “We are talking about inviting 25,000 people to Quebec, security, planning all this… We’d like to be proud to organize this. It takes months, to do that. So, I think it is more important right now to focus our efforts on having a panel of action, to set an example for the rest of the world, to say: ‘Quebec is making efforts to reduce its greenhouse gas emissions'”.

The 2019 United Nations Climate Change Conference (COP25) was due to be held in the Chilean capital from 2 to 13 December.

However, demonstrations in Chile have paralyzed the entire country, with demonstrators demanding better wages, pensions, schools, housing and medical care. 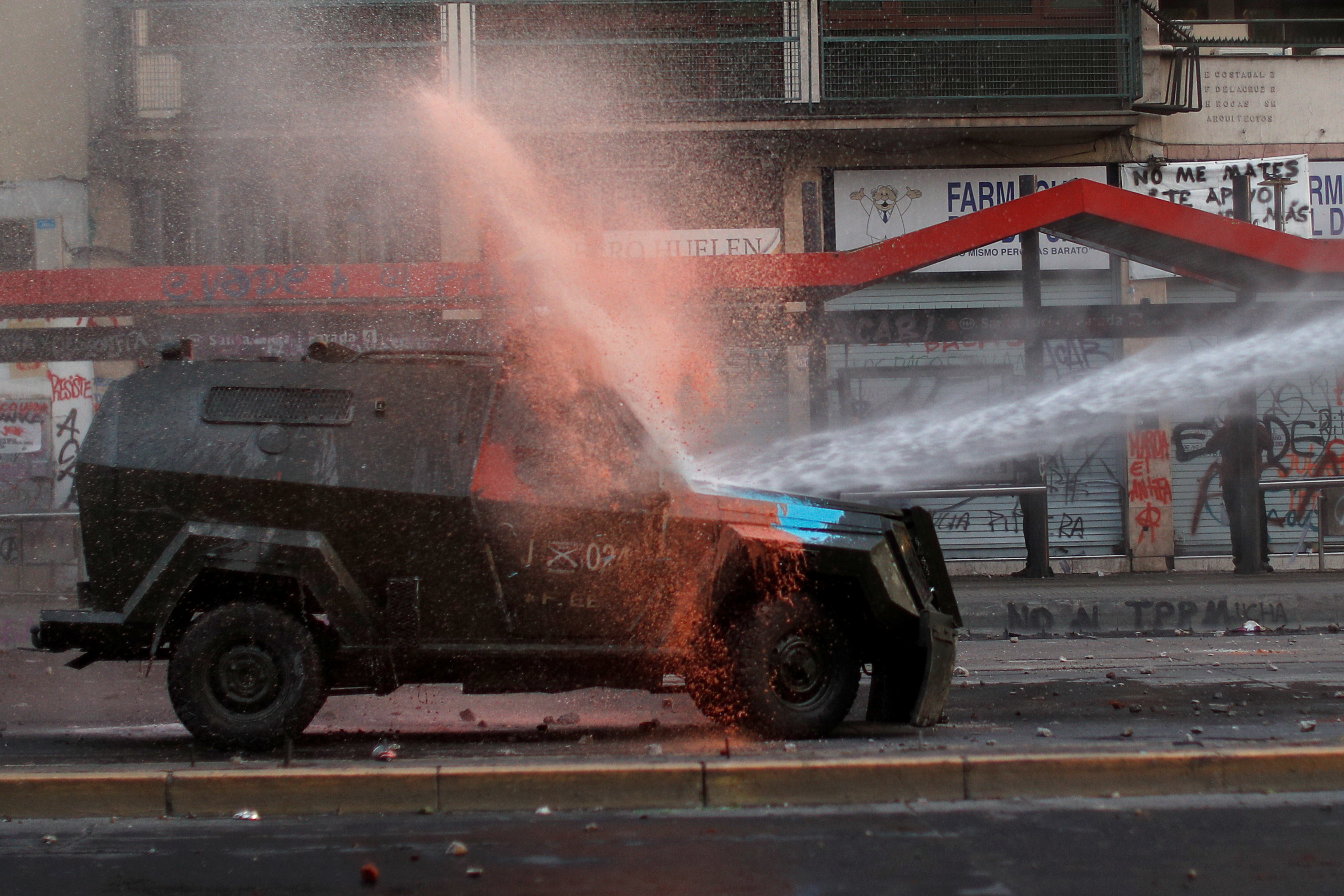 A riot police vehicle is sprayed by a water cannon during a protest against Chile’s government in Santiago, Chile October 29, 2019. (Jorge Silva/Reuters) 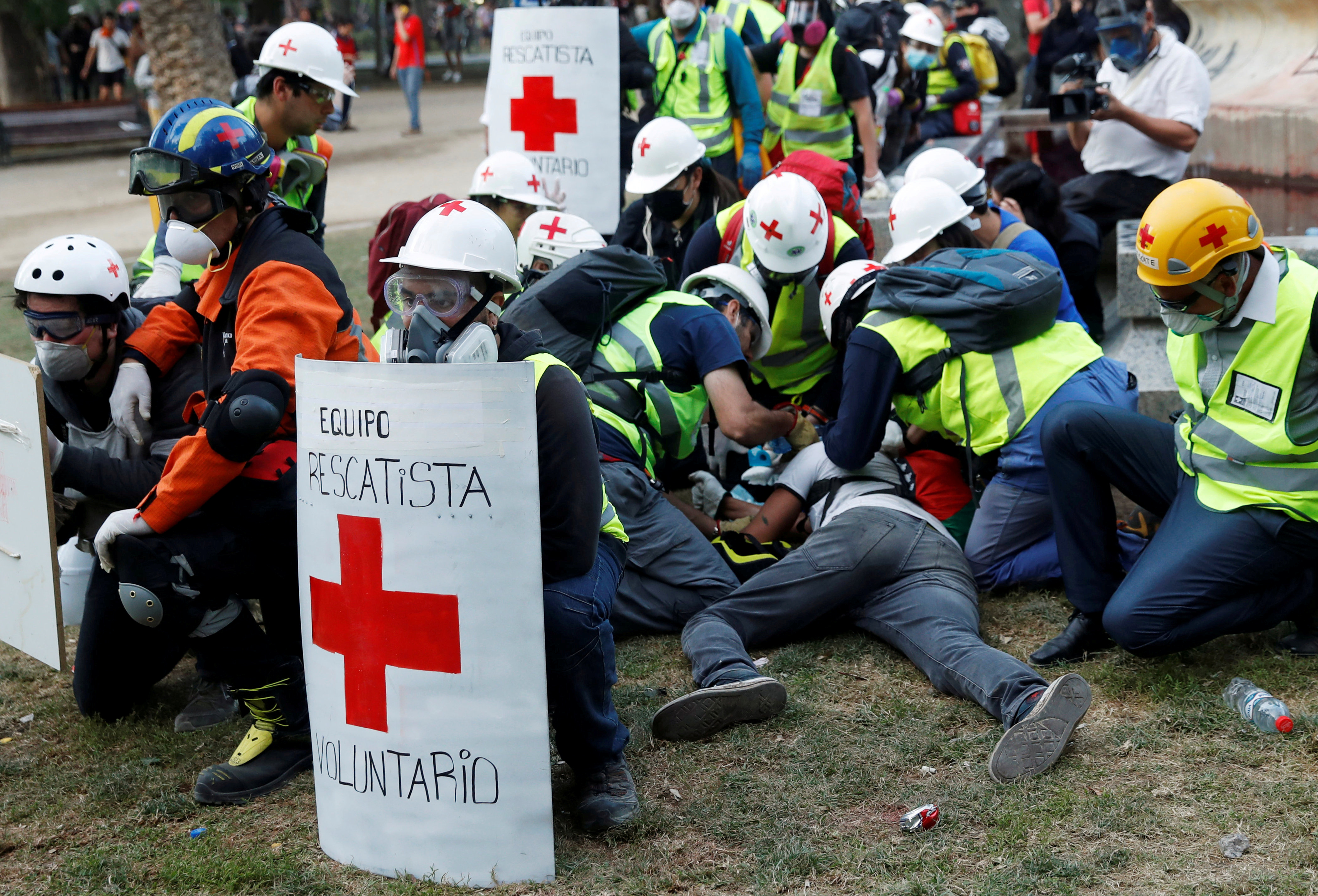 An injured demonstrator is attended to by medical personnel during a protest against Chile’s government in Santiago, Chile October 30, 2019. (Jorge Silva/Reuters) 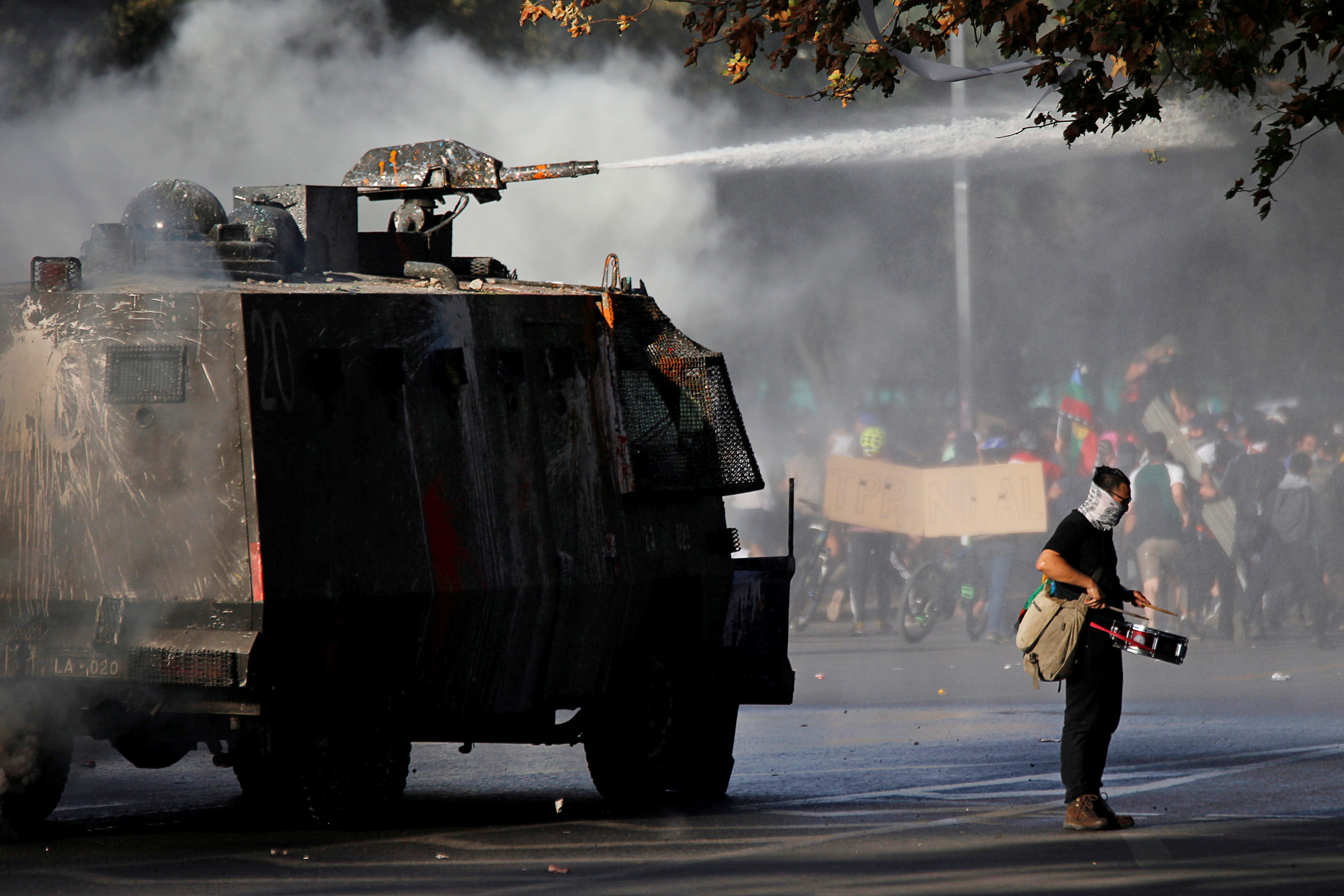 A demonstrator plays the drum as a police vehicle uses a water cannon during an anti-government protest in Santiago, Chile October 30, 2019. (Edgard Garrido/Reuters)

While most demonstrations have been peaceful, some have led to deadly riots and looting.

Chile’s president, Sebastián Piñera, responded by pulling back a planned fare increase for subways and boosting pensions and the minimum wage.

The Latin American country was also supposed to host the Asia-Pacific Economic Cooperation (APEC) trade summit, but had to withdraw.

Now Spain has stepped up to host COP25 but no country has offered to be the venue for the APEC.