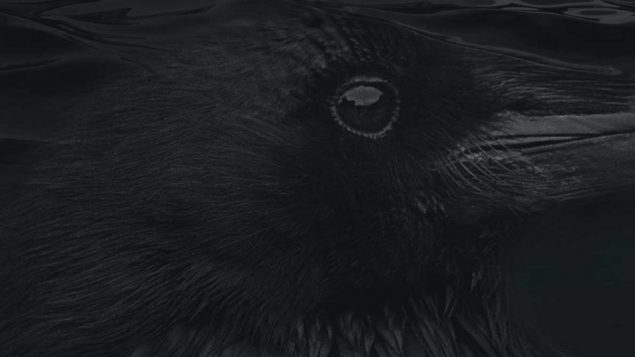 “The stark and unforgiving landscape of the Arctic makes it a perfect setting for modern horror fiction,” says the publisher of a new northern horror anthology. (Inhabit Media)

Ghosts, cannibals and animals that may not be what they seem — a Canadian anthology has brought together some of the North’s most notable writers to explore the darkest corners of Arctic horror.

Taaqtumi: An Anthology of Arctic Horror Stories is made up of nine pieces of short fiction. Taaqtumi comes from the Inuit language and means “in the dark.”

The stories cover everything from a Nunavut woman navigating the zombie apocalypse in Gayle Kabloona’s Utiqtuq, to a cannibal’s last stand in the Northwest Territories as he’s surrounded by police in Jay Bulckaert’s The Wildest Game.

“We at Inhabit Media have wanted to publish an anthology of short horror fiction for several years, drawing on the rich, dark storytelling traditions of the North,” Inhabit Media, the publisher, said in emailed comment to Eye on the Arctic.

The stark and unforgiving landscape of the Arctic makes it a perfect setting for modern horror fiction.Inhabit Media, publisher

Authors featured in the collection range from those who’ve previously dipped into the scary side of fiction, to first-time horror writers. 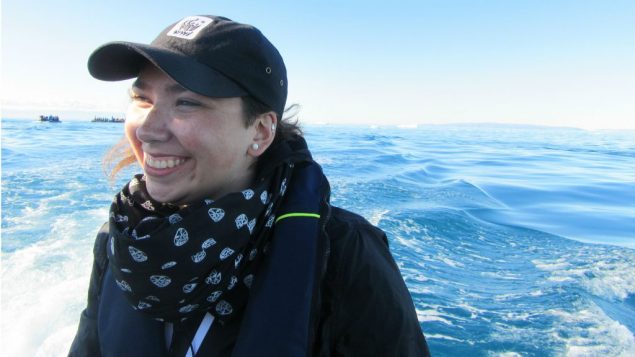 “It’s the things you can’t see that’s the most thrilling and exciting to me as a writer,” says Aviaq Johnston, one of the authors that contributed stories to the Taaqtumi horror anthology. (Inhabit Media)

Aviaq Johnston, an Inuk writer who grew up in Igloolik, in Canada’s eastern Arctic territory of Nunavut, is best known for her award-winning novel Those Who Run in the Sky. She said participating in the Taaqtumi project reawakened her teenage love of horror. 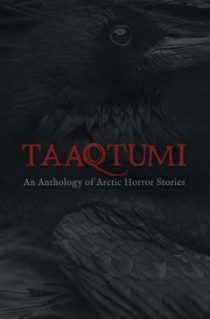 The cover of the Taaqtumi anthology. (Inhabit Media)

“The horror genre isn’t that far from our culture because Inuit have a lot of creepy stories,” she said in telephone interview with Eye on the Arctic. “Some are based on legends. We have a lot of creepy camping stories. You can go into pretty much any community and they’ll be at least one house or more that people really believe is haunted.”

Johnston’s story, Iqsinaqtutalik Piqtuq: The Haunted Blizzard, was inspired by her childhood growing up in Igloolik. The story follows a girl whose school gets closed on the day of a snow storm, and what she encounters when she returns home.

“When I was invited to do a story for this book I thought a lot about the blizzards shutting down my school when I was growing up,” she says. “I remember the feeling of being home alone. And when I got involved in this project, I was living alone in Ottawa and there were a lot of storms that would shake my doors and windows. I wanted to build on all that in my story.”

Iqsinaqtutalik Piqtuq:The Haunted Blizzard is arguably the least graphic in the collection, but the author says that was a very conscious decision.

I can watch zombie movies, gory movies, but what scares me the most is the supernatural. It’s the things you can’t see that’s the most thrilling and exciting to me as a writer.Aviaq Johnston, author

Richard Van Camp, a writer from Canada’s Northwest Territories and a member of the Dogrib (Tlicho) Dene Nation, has published everything from novels and children’s books to short story collections and comics.

Van Camp’s story, Wheetago War II: Summoners tells the story of a guard protecting a bush school field trip from an attack by the monster-like Wheetago, beings that freeze humans with screams then, as the guard describes in the story “…suck the brains out of their victims through their eyes after they’re frozen.” 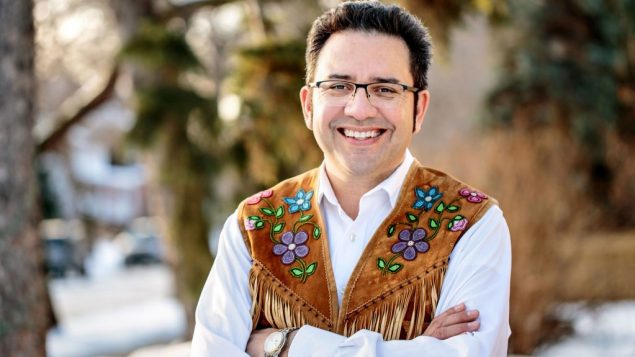 Writer Richard Van Camp, whose work is featured in Taaqtumi, describes the anthology as a collection of stories that “…really cross boundries and gets you out this Canadian bubble-wrap experience.” (William Au/Courtesy Inhabit Media)

Van Camp has had his work in horror anthologies before, but says being featured in Taaqtumi was still a special experience for him.

“I grew up in the 80s watching things like Friday the 13th and Nightmare on Elm Street and it was all so campy,” Van Camp said. “Freddy Krueger was always cracking jokes and it drove me crazy. I thought ‘This is ridiculous, why are we playing it safe?’

“But then you watch movies like Hereditary or The Ring and it’s like something breaks inside you. I just feel like those movies really crossed lines, and I feel like several stories in Taaqtumi talk to me in the same way.”

They really cross boundaries and get you out this Canadian bubble-wrap experience.Richard Van Camp, writer

As for Inhabit Media, they say Taaqtumi likely won’t be the last book they do of scary stories.

“This collection draws on everything from terrifying elements of traditional stories to visions of the Arctic of the future through a science fiction lens,” the Inuit-owned, Nunavut-based publisher told Eye on the Arctic.