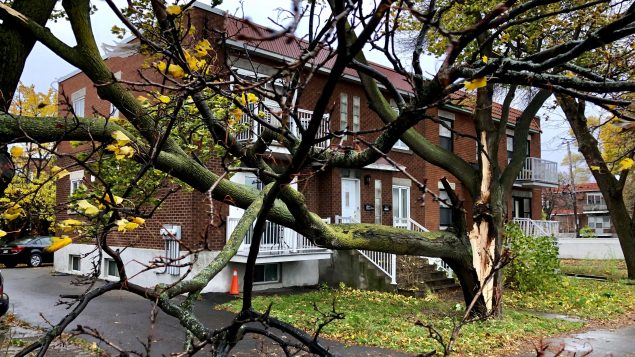 Half a million Hydro-Québec customers are without electricity as high winds continue to bring down tree branches and power lines. (Conrad Fournier/CBC)

More than 960,000 customers in southern Quebec were without power Friday as strong winds snapped tree branches and brought down power lines, according to the provincial electrical utility.

Environment Canada has issued a wind warning for much of southwestern Quebec — wind gusts exceeding 100 kilometres per hour have been recorded in the Montreal area.

“The strong winds of the last hours caused outages in several regions, including Montreal, Montérégie, Estrie, the Laurentians and Chaudière-Appalaches,” Hydro Quebec said in a statement.

“However, we are preparing for a second wave of strong winds in southern Quebec, with gusts of up to 100 kilometres per hour, which could cause other outages during the day,” it said in a statment. 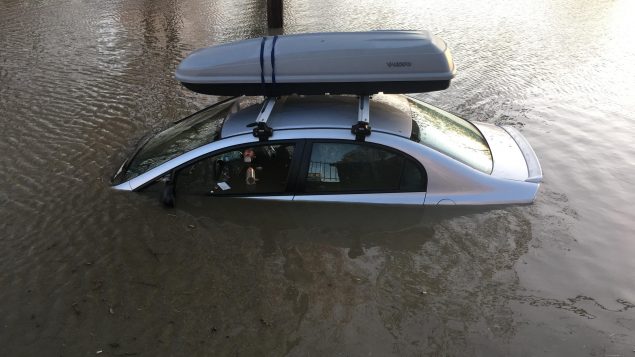 Water levels rose quickly overnight in Sherbrooke, where officials are evacuating a couple dozen homes as a precaution. (Jean Arel/Radio-Canada)

Elsewhere in the province, residents were dealing with the threat of flooding as a night of heavy rain led to water levels rising in several rivers and lakes across southern Quebec.

In Sherbrooke, 150 homes are being evacuated in the downtown area as water levels in the Saint-François River rose quickly overnight — at one point, the water rose more than a metre in 30 minutes.

Emergency services have also received reports of landslides, flooding due to backed up storm drains and downed tree branches. Regional officials have opened an emergency centre.