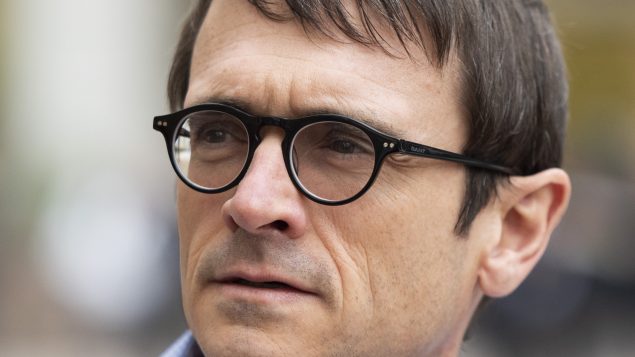 Cameron Ortis, a senior intelligence official at the RCMP, leaves the courthouse in Ottawa after being granted bail, Tuesday, Oct. 22, 2019. A judge has revoked his bail and has ordered him returned to custody. (Justin Tang/THE CANADIAN PRESS)

A high-ranking civilian intelligence official with Canada’s national police force accused of preparing to leak highly sensitive information has been ordered back to jail barely three weeks after he was granted bail with strict conditions.

Ontario Superior Court Justice Marc Labrosse said Ortis will be returned to custody following a review requested by the Crown.

The court heard the Crown’s application for a bail review last week. The Crown’s reasons for seeking the review are covered by a publication ban.

Under the terms outlined by Justice of the Peace Serge Legault of the Ontario Court of Justice in Ottawa on Oct. 22, Ortis was ordered to live with his parents in Abbotsford, British Columbia, and to report to the police once a week and was forbidden from using any device that connects to the Internet.

Evidence at the bail hearing and reasons for the decision by the court are also subject to a publication ban, which is not unusual in the Canadian justice system.

No trial date has been set.