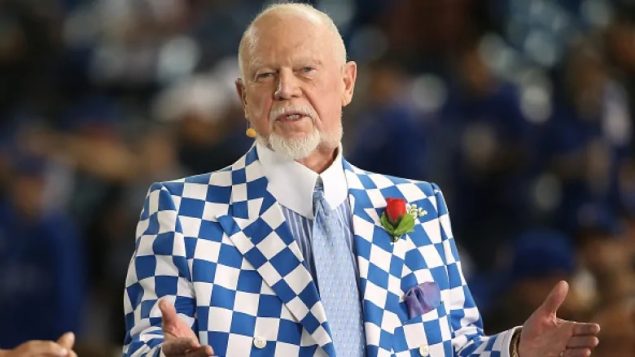 Don Cherry who parlayed a sharp tongue, immaculate timing and a lot of bluster into a long career on television went one step too far Saturday night. His words and the backlash they stirred cost him his job. (Tom Szczerbowski/Getty Images)

As we reported yesterday, Canada’s own very own version of Archie Bunker has exited, and it sure didn’t go unnoticed across Canada–making front page news across the country.

After pushing his luck for years, it was one giant, clumsy step too many. 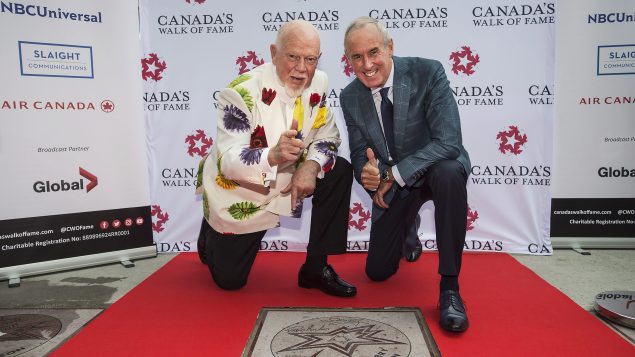 Don Cherry and his sidekick, Ron MacLean, pose for a photo during the unveiling of their joint star on Canada’s Walk of Fame in Toronto on Monday, July 25, 2016. (Aaron Vincent Elkaim/Canadian Press)

It cost him his job and he says he’s not about to apologize.

So what the heck just happened here?

Everyone has an opinion.

For what it’s worth, I figure there’s no better person to ask than author, sportswriter and broadcast personality Bruce Dowbiggin, who currently hosts the Not the Public Broadcaster website. 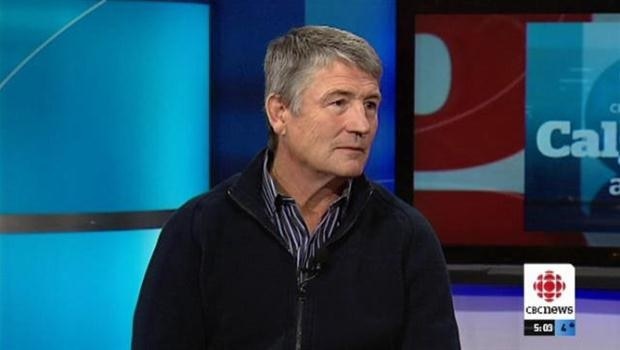 Dowbiggin and Cherry once worked together and have had their share of dust-ups over the years.

But I, too, have worked with Dowbiggin and he didn’t win a bunch of awards for being dishonest.

I called him today at his home in Calgary.