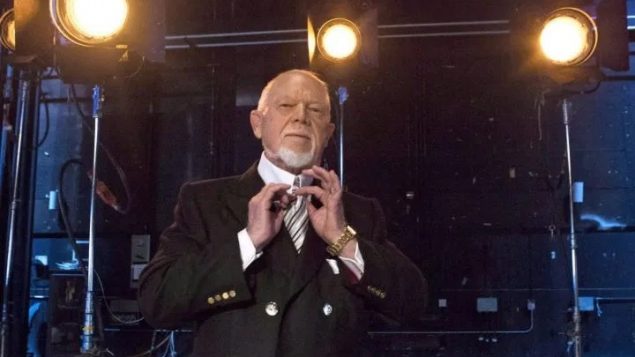 With panache worthy of an old vaudevillian, hockey commentator and Canadian icon Don Cherry has long courted contoversy, and comments he made Saturday night have--once again--landed him in trouble. (Chris Young/Canadian Press)

Canadians are a pretty laid back tribe except, of course, when it comes to hockey, something that tends to bring out passions that we sublimate away from the rink or game.

And nobody’s better at bringing out those passions (for better or for worse) than an 85-year-old fella named Don Cherry, who for as long as many can remember has been holding court on television, mostly on Saturday night’s iconic Hockey Night in Canada.

But even by Cherry’s standards his “divisive” comments last Saturday crossed a line, leading his employer to tweet that “it is the right time for him to step down.”

A career minor-leaguer as a player with some middling success as a coach of the NHL Boston Bruins (where he never won much of anything despite having the guy considered the greatest defenceman of all time, Bobby Orr, on his squad), Cherry has managed to parlay a sharp tongue, outrageous clothes and a great sense of dramatic timing into a long career as a commentator who people find tough to ignore. 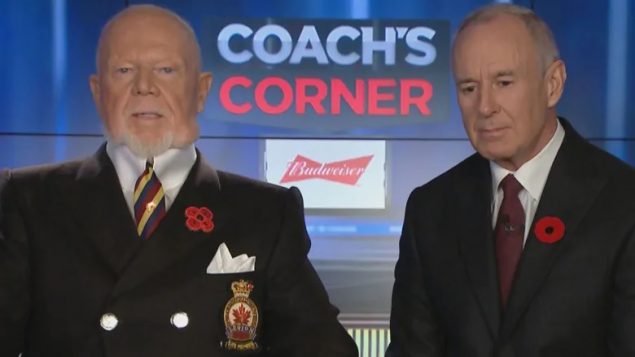 Both Sportsnet and host Ron MacLean, right, issued apologies on Sunday after Cherry said during his Coach’s Corner segment on Saturday that newcomers to Canada love the way of life here but don’t honour veterans. (Sportsnet)

And now–and not for the first time–Cherry found himself in hot water–this time for comments he made Saturday night on the CBC’s and Rogers Sportsnet’s Hockey Night in Canada broadcast.

With his straight man, Ron MacLean at his side, Cherry noted that he’s less frequently seeing people wearing poppies these days to honour fallen Canadian soldiers.

Fine so far, but as is his want–more often than many Canadians might desire–Cherry decided to tell his audience who those guilty non-poppy-buying people were: immigrants, he said.

ICYMI here's Don Cherry being a POS by shaming immigrants for not buying poppies pic.twitter.com/kwTugoZGI6

The backlash was swift with everyone including broadcasters and MacLean saying they were sorry.

Everyone, that is, except Cherry.