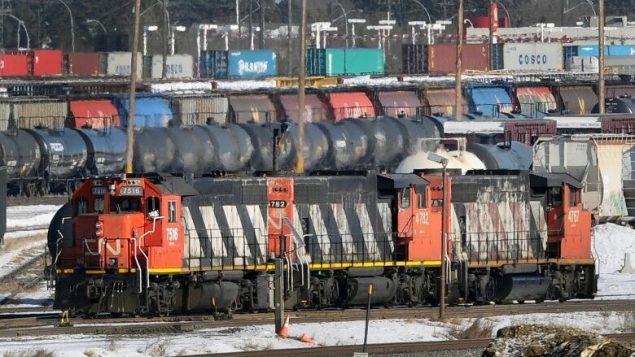 The teamsters union of conductors , train personnel and yard workers at Canadian National Railway have gone on strike, Some 3,2OO conductors, and train and yard workers at Canada’s largest railway system walked out at midnight last night, primarily over issues of workplace health and safety. The union is also upset about a CN proposal to put a cap on prescription drug coverage.

The move comes as CN announced late last week that it will cut about 1,600 jobs due to a weakening economic situation.

Passenger rail traffic is apparently unaffected, and some CN freight trains may be moving as management takes over some of the work.

The strike comes as a blow to western farmers however who need the railway to move their recently harvested crops to market and who are already suffering from an early winter which cut short the harvest, The Alberta Wheat, and the Barley commissions are both calling on the federal government to intervene.  An official with Alberta Canola says a strike will start backlogs throughout the whole system and hurt the farmers struggling to pay bills by year-end and threaten Canada’s global markets for agriculture. 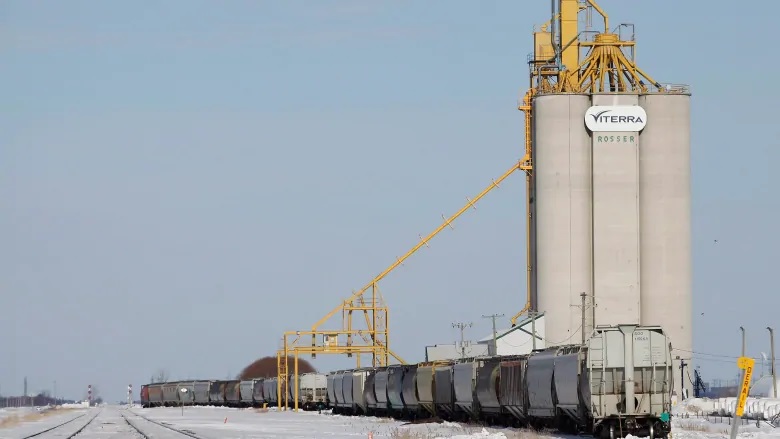 Grain cars at an elevator in Rosser Manitoba. Western farmers, already struggling because of trade sanctions from China, and an early winter, fear the consequences of a delay in shipping crops to markets. ( JOhn Woods-The Canadian Press)

These sentiments were echoed by the President of the Agricultural Producers Association. In an APAS press release Todd Lewis said, “Prairie farmers do not get paid unless we can ship our products to port,  We have experienced a tremendously difficult production season on top of falling commodity prices due to trade issues in our major markets. Any additional factor
which threatens our cash flow presents a grave risk to our operations.”

Oil producers are also concerned as shipments from Alberta will also be affected as rail is being used to augment a limit in pipelines.

The government powers are limited at this point and back-to-work legislation cannot be discussed as Parliament only reconvenes on December 5.

Although the workers are currently on strike, talks are continuing.