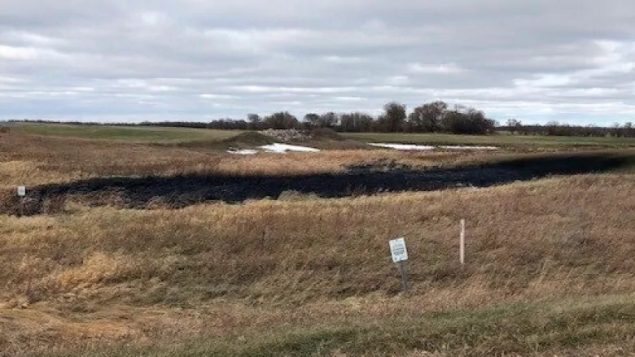 A crude oil spill on the Canadian-owned Keystone pipeline that runs from Alberta to the U.S. Gulf Coast appears to have affected almost 10 times more land in northeastern North Dakota than originally reported.

Calgary-based TC Energy, formerly known as TransCanada, first estimated that the Oct. 29 pipeline rupture near the town of Edinburg had affected 2,090 square metres of land.

The reassessment comes a little more than a week after TC Energy officials said on Nov. 10 that the pipeline was up and running again, with the approval of U.S. authorities.

North Dakota environmental scientist Bill Suess told Associated Press that TC Energy did not have an estimate of the land affected.

Suess said it included some wetlands but not any sources of drinking water. 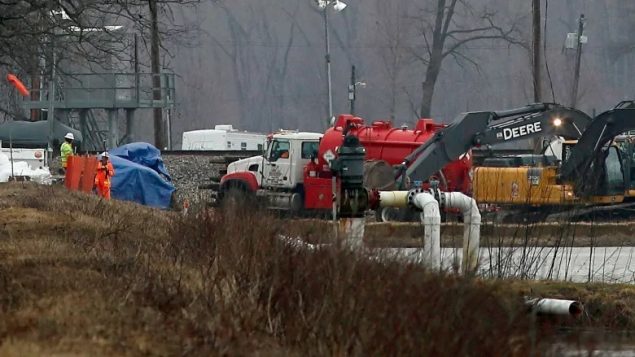 Excavation equipment was used to search for the oil leak close to the Keystone oil pipeline near St. Charles, Mo. in February. The Oct. 29 leak in near Edinburg, N.D. was the third on the pipeline route in less than three years and fourth in nine years.(David Carson/St. Louis Post-Dispatch/Associated Press)

The director of North Dakota’s division of water quality, Karl Rockeman, told the U.S.-based website The Hill that earlier estimates were based on visual information.

Further inspection, he said, had resulted is what he called a more accurate assessment.

Rockeman told The Hill he thought the cleanup is, “making good progress.”

A TC Energy spokesman said in a statement the volume of initial figure of 383,000 gallons of oil that was spilled had not changed.

It runs from Alberta through Saskatchewan and Manitoba and then numerous U.S. states that include North Dakota, South Dakota, Nebraska, Kansas, Missouri, Oklahoma and Texas.

The Oct. 29 spill was the third on the pipeline route in less than three years and the fourth in nine years.

The cause has not yet been established.

When operating at full capacity, the pipeline carries 590,000 barrels a day.

With files from AP, The Hill, RCI, CBC