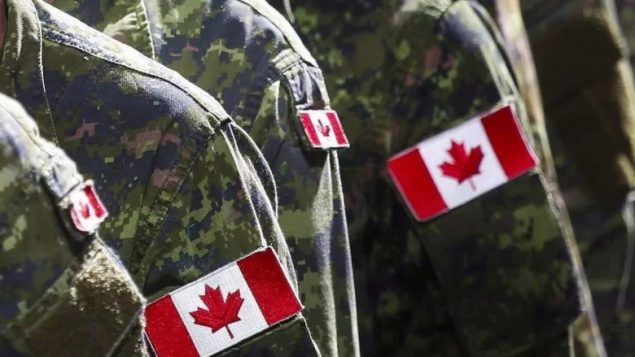 The Canadian military is allowing 16 military members that a report last year linked to hate groups to remain in uniform after being discliplined. (Jeff McIntosh/Canadian Press)

Some uniformed military allowed to stay despite hate group links

As the military continues to grapple with soldiers being linked to right-wing hate groups, Canadian Press reports that the Department of National Defence is allowing 16 military members that a report last year linked to hate groups to remain in uniform.

CP,  which obtained the information through an Access to Information request, reports the military personnel were warned, disciplined or ordered to take counselling.

The 2018 report, released last November 29, by the Military Police Criminal Intelligence Section, found that the 16 members of the armed forces and reserves had been associated with hate groups and active in the Proud Boys, Atomwaffen Division, La Meute, Hammerskins Nation, III% and Soldiers of Odin, dating back to 2013.

National Defence had previously reported that seven of 36 members identified through the 2018 military-intelligence report on white supremacy and hate groups in the ranks were no longer in the Canadian Armed Forces while another 13 cases remain ongoing.

In Monday’s story, CP’s Lee Berthiaume wrote that National Defence had been unable to provide any further information on the others until now, sparking questions and criticism that the military was dragging its heels on the matter.