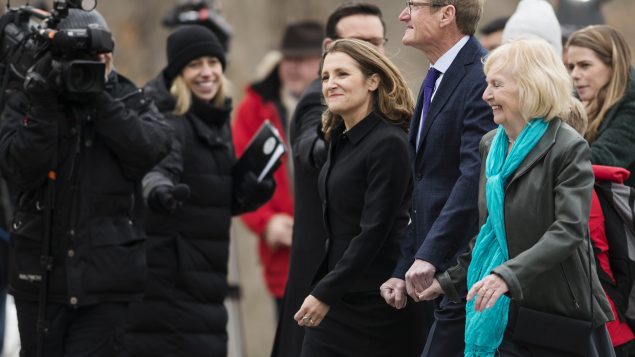 Chrystia Freeland, centre, arrives for the swearing in of the new cabinet at Rideau Hall in Ottawa on Wednesday. Freeland was named Justin Trudeau's deputy prime minister. One of her tasks will be to try to salve scars of resentment and alienation in Alberta and Saskatchewan, where the Liberals did not win a seat in last month's federal election. (Sean Kilpatrick/Canadian Press)

Trudeau names his cabinet as Commons gets set to sit

It also follows last month’s federal election that saw Trudeau’s Liberals win 157 seats, 13 short of a majority, in the 338-member House of Commons.

Historians say it’s never easy navigating a minority parliament, so cabinet choices are crucial and–in most cases–gaffe-free experience is a must. 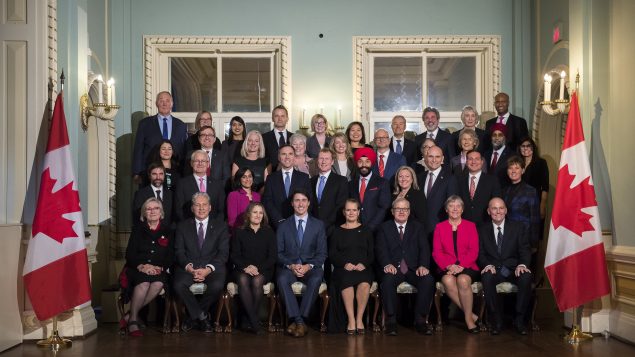 The Liberals’ new cabinet includes 36 ministers, an increase of two, and maintains an equal number of men and women. (Justin Tang/Canadian Press)

As it moves forward, the Liberal government is expected to focus on climate change and assuaging a sense of alienation and resentment towards Ottawa across the Canadian Prairies.

To those ends, Trudeau named Alberta-born Chrystia Freeland as his deputy prime minister.

Freeland, who had great success as Minister of Foreign Affairs, was also named minister of intergovernmental affairs and is expected to play a central role in fulfilling a Trudeau election promise to focus on climate change when the House of Commons gets down to work on Dec. 5.

Observers say Freeland will also be asked to try to temper disgruntlement with the Liberals in Alberta and Saskatchewan, where they failed to win a seat.

Along the same lines, former minister of trade Jim Carr, who is from Winnipeg, becomes Trudeau’s special representative to prairie and western provinces.

And Trudeau turned to his only cabinet minister with roots in Saskatchewan to lead the fight against climate action. 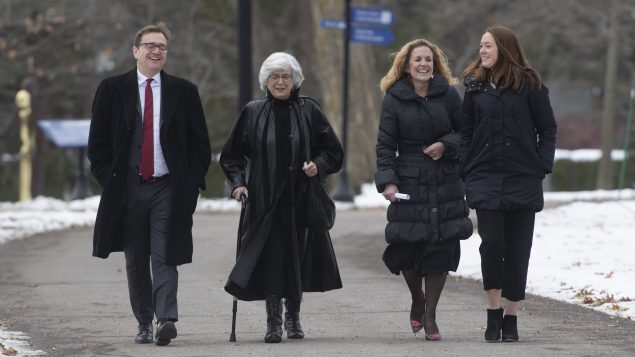 Jonathan Wilkinson, seen sharing a laugh with his family as he arrives at Rideau Hall, is the new environment minister. (Adrian Wyld)

Jonathan Wilkinson, a 54-year-old former businessman and Rhodes Scholar, was named  environment minister while Seamus O’Regan, who is from Newfoundland and Labrador, moves from Indigenous services to natural resources.

Wilkinson grew up in Saskatchewan but now lives in Vancouver

François-Philippe Champagne, who served as the minister of infrastructure and communities in the last Parliament, takes over at Foreign Affairs.

Champagne, a trade lawyer by profession, is a former minister of international trade. 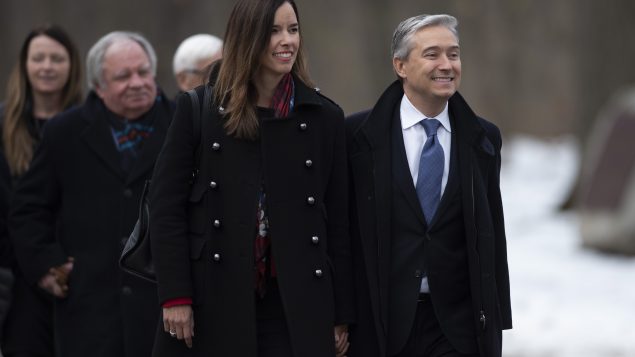 Bill Morneau stays as finance minister while Catherine McKenna moves from environment into a new portfolio: infrastructure and communities.

The crucial role of government House Leader now falls to Montreal MP Pablo Rodriquez, who had been at Heritage and Multiculturalism.

The job is especially important in a minority parliament, where passage of legislation requires the support of at least one opposition party. 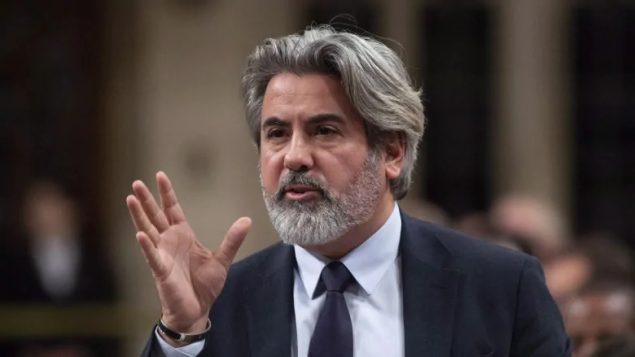 The new Cabinet includes 36 ministers, an increase of two.

Seventeen are from Ontario, the province that secured the Liberals’ re-election, and 10 are from Quebec.

It also maintains Trudeau’s insistence on an equal number of men and women.