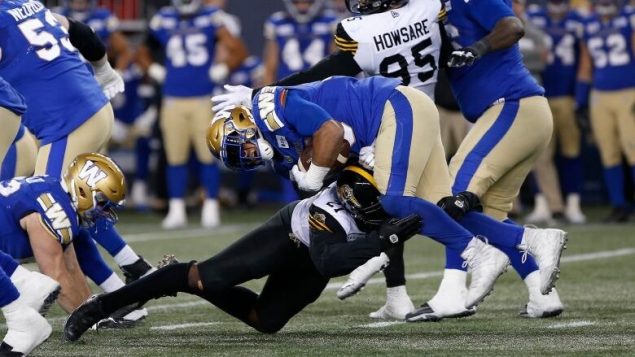 Winnipeg Blue Bombers' Andrew Harris gets tackled by Hamilton Tiger-Cats' Simoni Lawrence during a game in late September. The teams will meet again Sunday in the Grey Cup, where one will end a lengthy title drought. (John Woods/Canadian Press)

A hardy bunch of Canadians will gather this Sunday for the 107th time in a city with a football stadium to–at the very least–partake in some darn good parties and, yes, watch a football game.

This year it’s between the Hamilton Tiger-Cats and the Winnipeg Blue Bombers.

This year it’s in Calgary, Alberta. 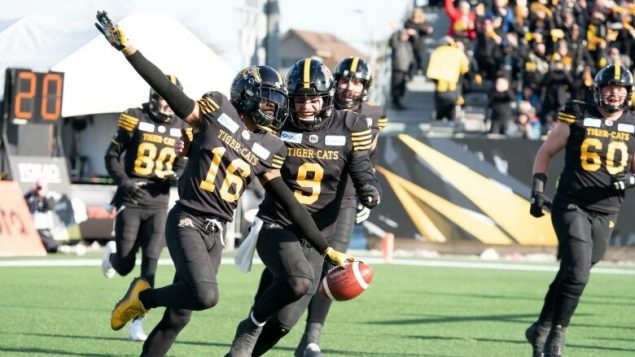 This year’s game is being billed as “The Drought Bowl,” since the Bombers and the Cats carry the longest active streaks without having won the Canadian title.

For the record Hamilton is favoured by 3.5 points.

The two teams have a Grey Cup history–most famously in the 1962 game, known forever as “The Fog Bowl.”

If it wasn’t the most memorable Grey Cup ever, it certainly was the most bizarre, taking two days to play after fog rolling in from Lake Ontario covered Toronto’s Exhibition Stadium. 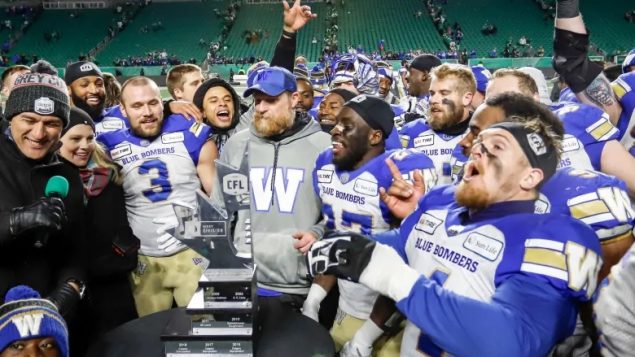 The game was halted with nine minutes and 29 seconds to go on Dec. 1, a Saturday, with the Bombers leading 28-27.

That’s how it ended the next day when the teams returned to complete the proceedings.

There will be no repeat of THAT on Sunday; we’ve got what passes for a balmy Canadian November day.

The forecast calls for a mix of sun and clouds with a high of three Celsius–no rain, no snow, no fog, no mud. 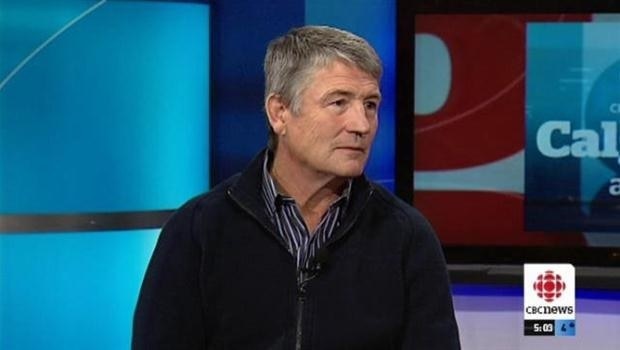 In the eye of the Grey Cup storm is Calgary resident Bruce Dowbiggin, author, sportswriter, broadcaster and host of the Not the Public Broadcaster website.

I spoke to him Friday about Grey Cups and what they mean.