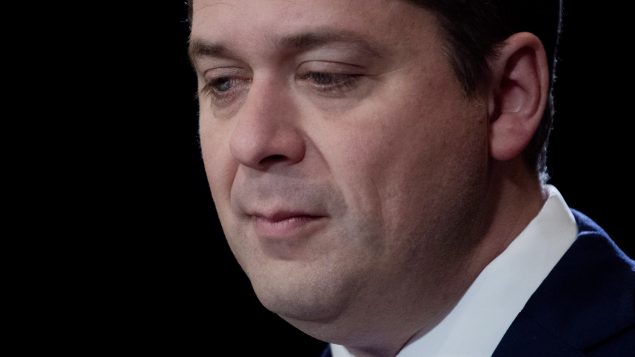 Conservative leader Andrew Scheer speaks during a news conference in Regina, on October 22, a day after what many Tories believe were very disappointing results in the federal election. This weekend, Scheer dismissed two top aides in the wake of the vote. (Adrian Wyld/Canadian Press)

The departures of Chief of Staff Marc-André Leclerc and Director of Communications Brock Harrison come as Scheer’s Conservatives try to find a way forward after failing to do as well in the Oct. 21 vote as many in the party expected.

News of Leclerc and Harrison’s dismissals were contained in an email from Scheer to his staff obtained by CBC News.

The CBC News report by Elise von Scheel and Vassy Kapelos cites “multiple Conservative sources, speaking on condition of anonymity” as saying that the two men were told Thursday night they were being let go. 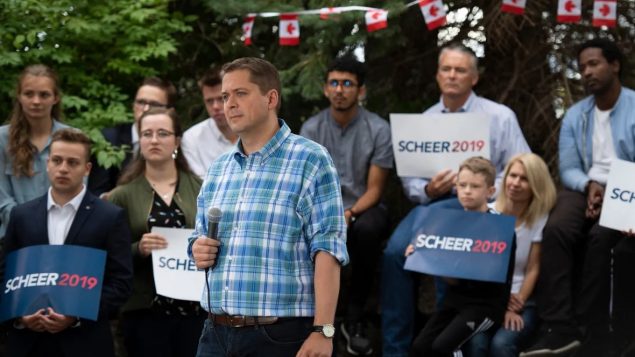 Both were allowed to resign.

Many pundits gave Scheer a good chance to win the election in the wake of the so-called SNC-Lavalin Scandal and photos surfacing of Prime Minister Justin Trudeau dressed in brownface and blackface as a young man.

While the Tories won the popular vote and increased their seat count, they finishing with 121 seats compared to 157 for the Liberals, who now lead a minority government.

Scheer did not elaborate on why the two top staffers were asked to leave but he recently blamed the Tory showing on communications issues.

A Conservative leadership review is scheduled for next April.