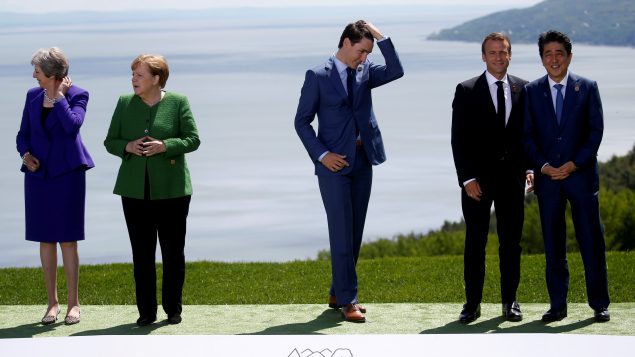 Canada needs a ‘root and branch’ review of its foreign policy, experts say

Despite being surrounded by vast oceans on three sides, Canada cannot isolate itself from global threats such as climate change and terrorism, inflows of refugees and disruptions in international trade.

In fact, greater global engagement is essential for Canada’s security and prosperity.

That was one of the main messages delivered to the participants of a two-day conference on rethinking Canada’s foreign policy that kicked off in Ottawa on Wednesday.

Dozens of academics, former diplomats and soldiers, humanitarian workers and members of the civil society gathered in Ottawa for the Summit on Canada’s Global Leadership. 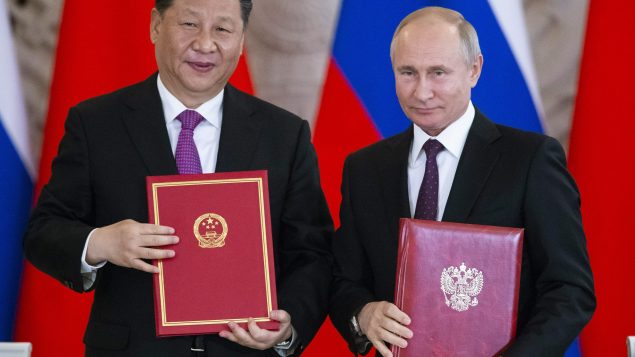 “We used to think about Canada as being protected by its geography from different kinds of external threats and challenges,” said Roland Paris, Professor of International Affairs at the University of Ottawa and former foreign and defence policy advisor to Prime Minister Justin Trudeau.

Canadians used to think they live in a “fire-proof” house far away from “combustible materials,” Paris said.

“But now we know just how deeply connected we are to global problems, including the climate crisis, which is worsening and worsening by the year,” Paris said. “And we know just how exposed Canada is even to direct diplomatic attacks by emboldened authoritarian regimes, including Saudi Arabia and China, which targeted Canada specifically because they think they can get away with it.”

The diplomatic showdowns with Riyadh and Beijing are also part of the “brave new world” Canada is facing, he added. 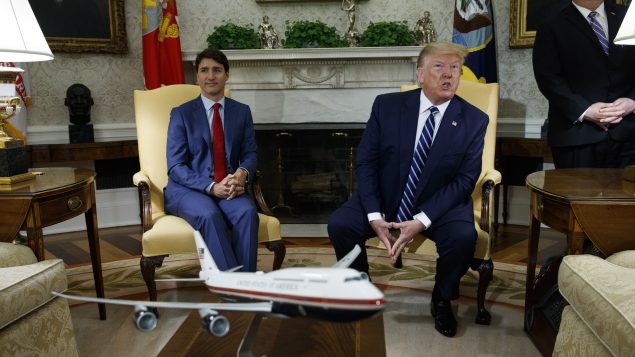 Canada’s core interests are more exposed today than at any time since the Second World War, Paris said.

“This America, which has abandoned its role as the underwriter and supporter of international order, which had its flaws but also helped to sustain a relatively open and stable system for decades; power shifts that are paralyzing existing international institutions; the rise of nationalism and xenophobia; the disruptive effects of technological change, which have enabled so much progress but are also roiling our societies, as well as the international politics; and grinding conflicts – some of breathtaking brutality – that have driven millions of people from their homes.” 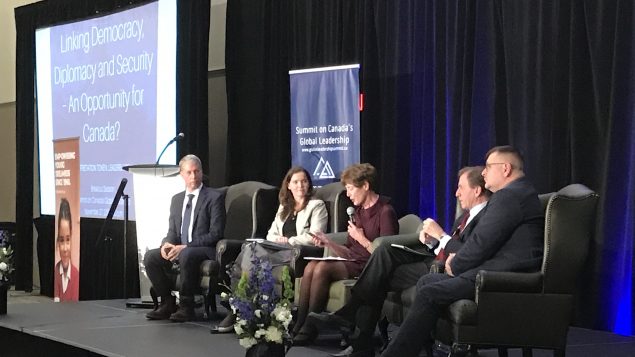 Panellists discuss Canada’s foreign policy and security during one of the breakout sessions at the Summit on Canada’s Global Leadership in Ottawa on Nov. 27, 2019, (Levon Sevunts/RCI)

Canadians no longer have the luxury of treating foreign policy as an afterthought, Paris said.

This rapidly and profoundly changing international context requires Canada to seriously reassess and rethink its multifaceted foreign policy, including its failure to live up to its international commitments and aspirations on foreign aid and development assistance, said Nicolas Moyer, president and CEO of the CCIC.

“I hope that we can actually begin building bridges for all the sub-sectors of Canadian foreign policy and champion significant change with our government,” Moyer said. “I hope we can lay the foundations for discussions around what a truly ambitious and coherent and well-funded foreign policy could look like that might survive the test of time and partisan winds through elections.”