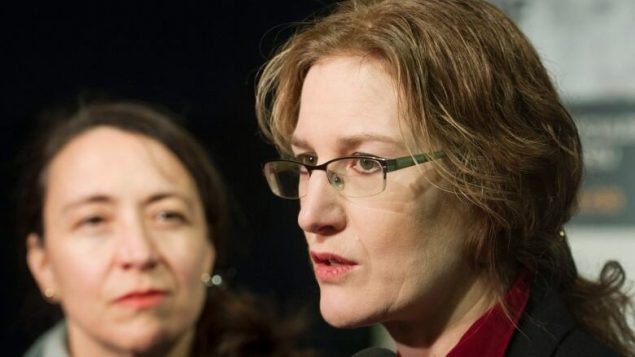 Heidi Rathgen (foreground) Polytechnique graduate and coordinator of Poly Remembers, and Poly spokeswoman Natalie Provost, who was wounded in the tragic shooting 30 years ago, signed the letter sent to the Liberal government requesting new bans and restrictions on firearms in Canada ( Graham Hughes-CP)

One of the main gun-control lobby groups in Canada has sent a letter to the newly re-elected Liberal government urging strong and immediate anti-firearms actions.

The group PolySeSouvient was formed after the deliberate killings of 14 female students at Montreal’s Ecole Polytechnique University, 30 years ago.

The letter sent by the group on Monday to Bill Blair, the new federal public safety minister and to media outlets, calls for an immediate moratorium on sales of so-called ‘assault-style’ firearms and suggests the government should follow the New Zealand policy of banning virtually all semi-auto rifles. The group also calls for a permanent ban on importation and manufacture of handguns in Canada. 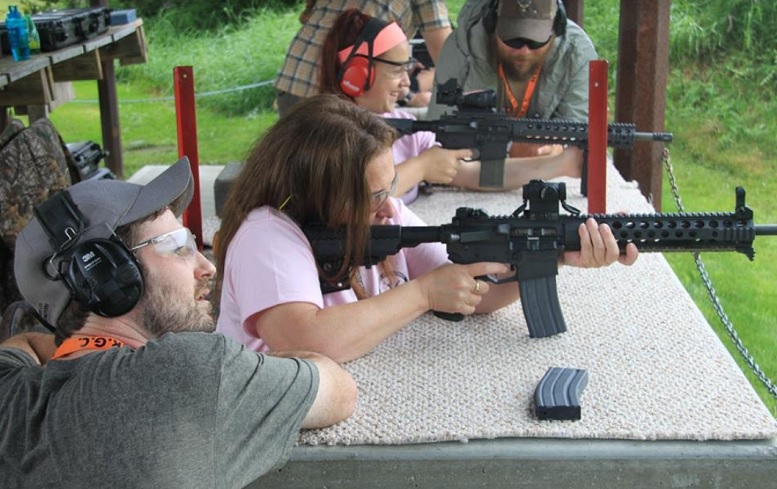 The Liberal government has promised to ban AR-15 “assault-style” rifles and institute a buyback programme.  The national police magazine Blue Line, stated clearly that these same rifles the police also use should not be called assault rifles as they do not have automatic fire capability as do military rifles. The firearms industry, hunters, and target shooters insist they should be called simply ‘modern sporting rifles’ while the police call them “patrol carbines’. (CCFR)

The Liberal government had said it would take action against semi-automatic gun ownership, specifically mentioning consumer versions of in the ARmalite-15 style and variants. This would be done through a mandatory buy-back programme of the so-called military-style rifles, and would enable municipalities to ban handguns.

Bill Blair had said earlier that a buy back programme for the rifles would cost taxpayers between $400-$600 million. The Poly letter calls on the government to act on gun control measures it proposed such as allowing cities to ban handguns but goes further by requesting a national ban on handgun ownership.

During the recent federal election campaign he said “Trudeau’s hyperbolic rhetoric is purely designed to whip up public sentiment against our community (…) despite the statistical evidence that firearms owners are the most law-abiding people in our country”. 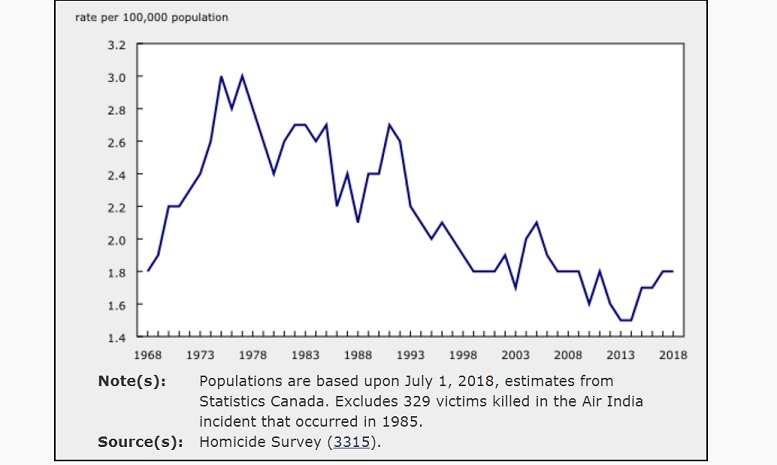 Homicide by firearms was down 8%, last year and all homicides (shown) were also down 4%. (Statistics Canada Homicide in Canada 2018)

The Canadian Sporting Arms and Ammunition Association represents the industry in Canada including 4,500 small, mostly-family run businesses.  At a September news conference in Ottawa, the managing director said that while they are not experts on mental health, nor experts on gangs or crime, they are firearms experts and should be part of government discussions.

The PolySeSouvient letter specifically requested the banning of the Mini-14 Ranch rifle. It is commonly bought by hunters for small game, and by farmers for pest control like coyotes. This was the gun used in the Polytechnique shooting of 14 women in 1989 (Ruger Arms)

The CSAAA was among a group which commissioned an economic impact study from the Conference Board of Canada. That 2019 report noted that hunting and sport shooting pumped $8.5 Billion into the Canadian economy in 2018 and supported over 48,000 full time equivalent jobs.

Quoted in the Edmonton Journal, Len Kucey owner of a gun shop and indoor range said a handgun ban would devastate the business. “It would be total devastation all around, for the landlord, employees, owners, our members”

In response to the latest call by PolySeSouvient, Bernardo said,” It’s a shame that a handful of anti-gun activists drown out the voices of 2.2 million lawful, licensed Canadians – Canadians who respect the laws of our land and practice their sport safely and with respect to others”, adding, “Canada is a very safe country, not in spite of the culture of safety Canadian firearms owners represent, but because of it. The truthless accusations of the anti-gun lobby fly in the face of the honest men and women that practice the time-honoured traditions of Canada’s oldest sport.”

Bernardo says the problem of gun crime lies not with legal owners, but with societal issues including misguided policies.  In a newsletter the CSSA notes “Canadian police agencies do not track violent criminals.

Nor do they check up on the 300,000 people who are prohibited from possessing firearms by court order.  Instead, our government tracks and runs daily background checks on federally-licensed, RCMP-vetted firearm owners – those Canadians least likely to commit a crime.” 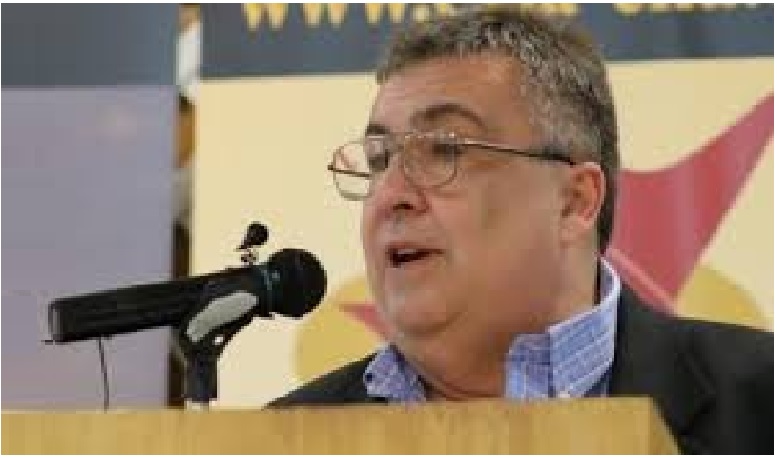 As reported by the CBC, the government alleges many handguns and other firearms used in gun violence are stolen from law-abiding individuals or businesses, or purchased legally and then diverted to the illicit market.

However, statistics to prove or disprove the claim seem hard to get.  In response to a question by Member of Parliament Brad Trost’s Order Paper Question Q-2479 – June 19, 2019 to then Public Safety Minister Ralph Goodale, the response from the Canadian Firearms Programme noted there is “no national registry to track illegal or stolen handguns found at crime scenes”, and that “the CFP does not collect or track statistics with regard to the origin of illegal or stolen handguns.”

Retired RCMP officer Dennis Young, in an access-to-information request, found however that some 813 firearms of various types were lost or stolen from police and public agencies between 2005-2019. 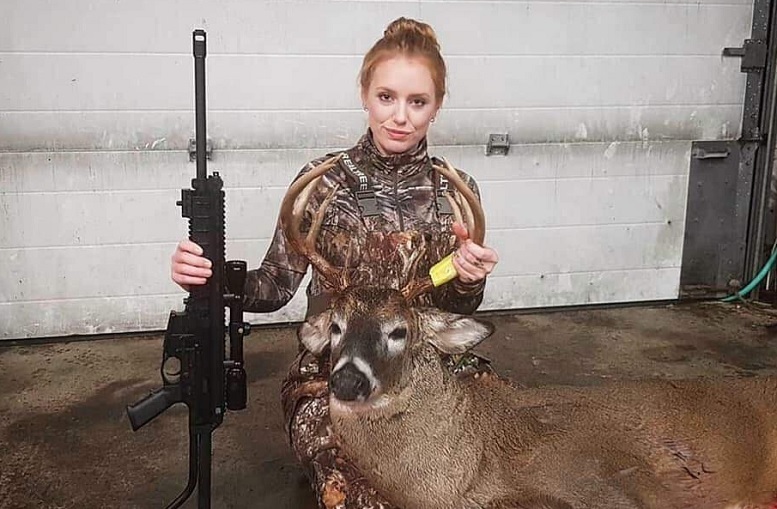 A spokesman for Blair, Scott Bardsley said the minister appreciates the group’s support of the government’s promise to ban military-style assault rifles, adding the minister looks forward to reviewing the letter.

There are approximately 2.2 million licenced firearms owners in Canada.