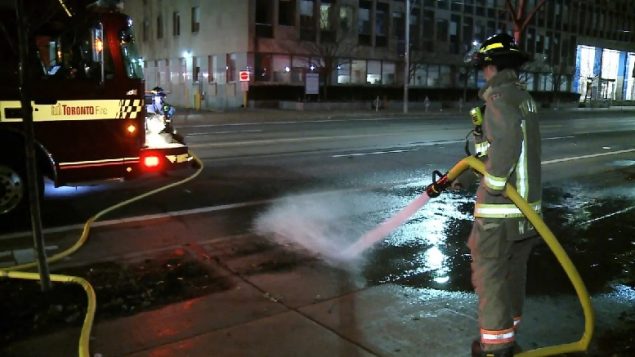 It’s a truly weird and utterly disgusting story that’s been dominating the news in Canada.

In Toronto, a young man has been randomly dumping buckets of what appears to be a liquid mix of excrement on innocent bystanders. 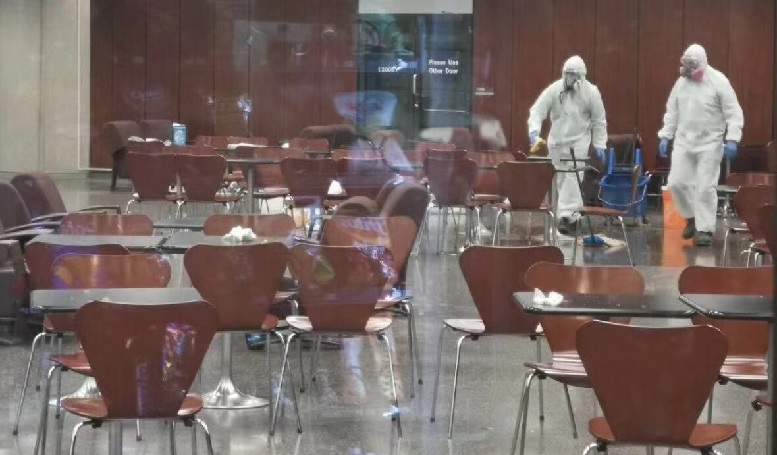 Cleaners in hazmat suits at the University of Toronto where the first incident occurred. Doctors say the victims are unlikely to contract any infection from the horrid liquid. (submitted Jason Huang-via CBC)

Between last Friday afternoon, and late Monday night there have been three similar incidents involving what appears to be the same suspect. 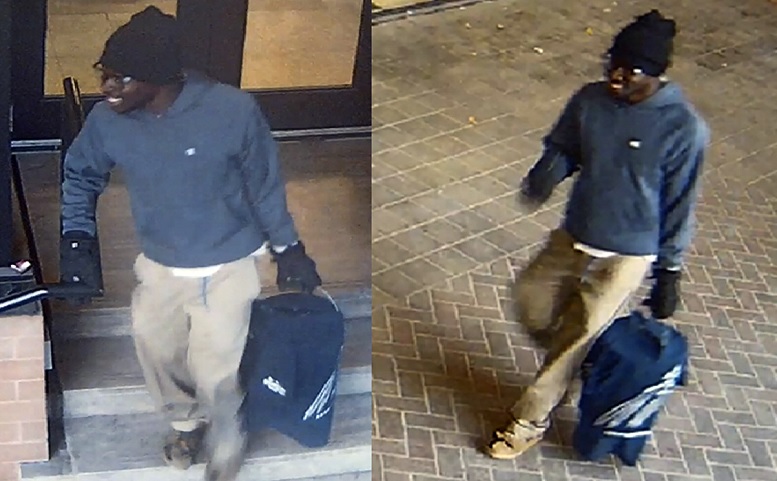 Toronto’s mayor earlier labelled the incidents “inexplicable” adding “  “This is a person, to me, who has some very serious issues.”

A spokesman for the Toronto Police quoted by CBC said, ““For anyone who thinks this might be a joke, it’s not. It carries the same charge as an assault. In fact, it will be an assault.”

Police have since arrested a suspect, Samuel Opoku, 23, of Toronto.  He has been charged with five counts of assault with a weapon and five counts of mischief interference with property. He is scheduled to appear in court today.

The motives remain unclear, and officials can’t say at this point if mental health may have been a factor.