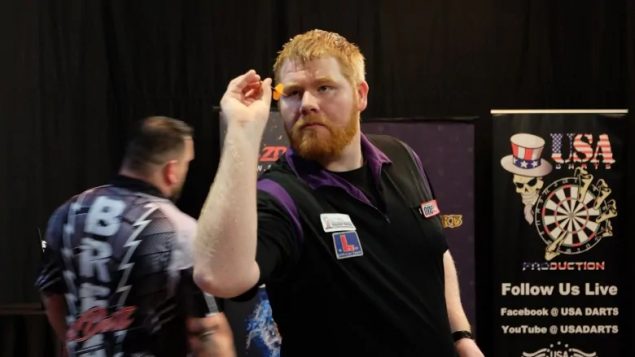 He’s known in the world of professional darts as the Ginger Ninja (he has red hair) and he’s a 2,500/1 long shot to win the tournament, but Canadian Matt Campbell, a 30-year-old welder from Hamilton, Ontario, is going to show up Saturday for his first match at the PDC World Darts Championship, better known as the William Hill World Darts Championship in London, England.

The tournament, one of two separate World Professional Darts Championships held annually, runs through the holiday season and has a grand payday for the winner–C$869,360, out of total purse of C$4.35 million.

According to The Canadian Press, some 750,000 pints of beer will be consumed over 28 sessions in the 16 days of competition at the 3,000-capacity Alexandre Palace.

“I don’t think I’ll have a handle on it until I actually get to the board and start playing my match. Then I think everything will go away and I get to do what I do.” 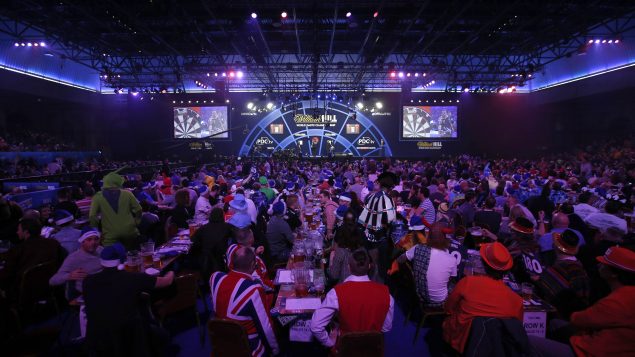 What Campbell has already done is qualify several months ago as the top-ranked Canadian on the 2019 Championship Darts Corporation circuit, the Professional Darts Corporation, North American league.

On Saturday, following his entrance to his theme song, “HandClap” by Fitz and the Tantrums, Campbell faces England’s Mark (The Gladiator) McGeeney.

McGeeney was the runner-up in last year’s BDO World Championship, the other major world title tournament.

“I’m not sure if I’m more excited about going over to play or watching it in the crowds,” he told CP.

And like virtually every professional athlete that I have ever dealt with, Campbell knows where games are won and lost, “90 per cent of darts is mental with the other 10 per cent mechanics, so staying focused is important,” he told CP.

“As soon as you start thinking of other things or one little thing irritates you, it’s hard to let go.”

He is currently a member of the Sky Sports broadcast team