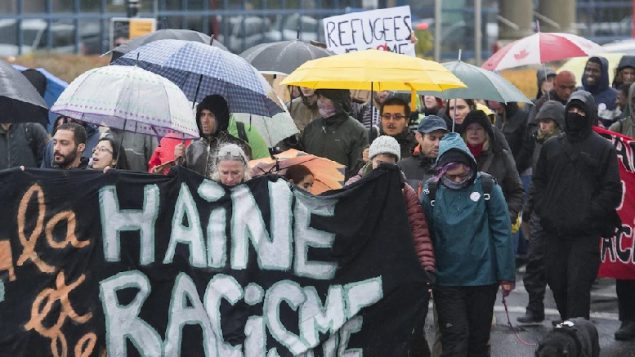 The legislation known as Bill 21 basically says if you are a public employee in some position of authority, such as a teacher, judge, police officer, certain lawyers, etc., you cannot wear anything that represents or symbolises your religion. This would include for example wearing a Muslim hijab, turban, or kippa.

Yesterday, a group challenging the law saw their case rejected once again. While acknowledging the law has caused harm to affected persons, the group’s request for an injunction to stay the law until a constitutional challenge can be heard was denied in a two to one ruling by the Quebec Court of Appeal tribunal. 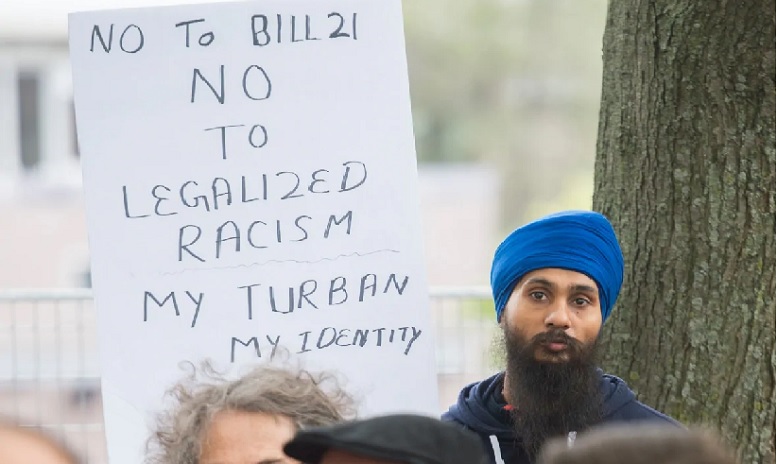 A man is seen holding up a sign during a demonstration against Bill 21 in Montreal earlier this year. Quebec’s secularism law bans some public employees from wearing religious symbols in the workplace. Although the government claims wide public support for the law, it has also been the subject of many protests and is to be challenged on constitutional grounds IN 2020. (Graham Hughes/The Canadian Press)

Known as the “Laicity Act”, or ‘secularism law’, an injunction  against the law was sought on the grounds that it harmed the careers of some people and would cause harm to others who may seek certain of the jobs affected by the ban. The injunction hoped to suspend all or parts of the law until the Constitutional challenge to the law is heard in Quebec Superior Court which is scheduled for October 2020.

The ruling provincial Coalition Avenir party invoked closure to push the bill into law this summer adding the ‘nonwithstanding’ clause. This is a legal manoeuvre which allows sections of the Canadian Charter of Rights and Freedoms to be overridden for a limited amount of time and therefore restrict any legal challenges.

The court ruled in its split decision rejecting the injunction request that the notwithstanding clause remains in effect.

The plaintiffs are the  Canadian Civil Liberties Association (CCLA), Natinal Council of Canadian Muslims (NCCM) and Ichrak Nourel Hak, a female university student who had hoped to become a teacher but can’t under the law as she wears a hijab. They argued in part that the law targets hijab wearing women for the most part and so violated sexual equality guarantees which are not denied by the notwithstanding clause. 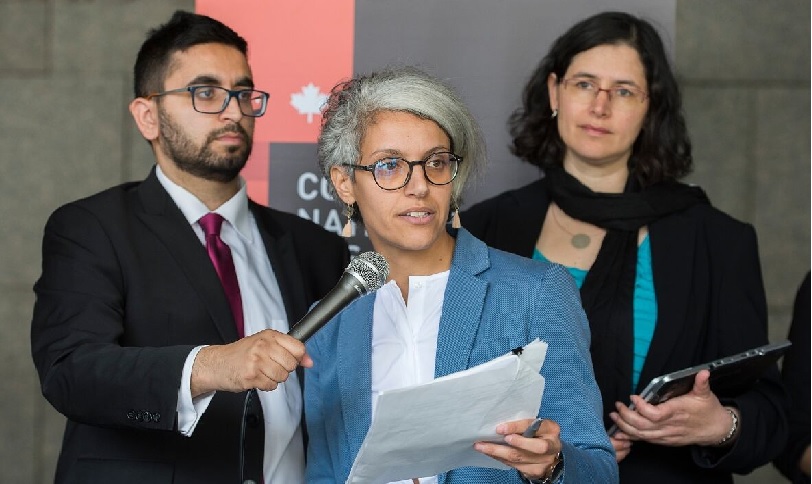 Bochra Manaï, Quebec spokesperson for the National Council of Canadian Muslims, is seen announcing in June that the group had filed a motion to have the religious symbols law declared unconstitutional. With her are the Canadian Civil Liberties Association’s Noa Aviv, right, and Mustafa Farooq of the NCCM. The Quebec Court of Appeal yesterday ruled 2-1 against their request for an injunction.(Graham Hughes/Canadian Press)

The group had earlier lost their injunction request at the Quebec Superior Court but the province’s Chief Justice Nicole Duval Hesler  granted the group leave to appeal.

She was the dissenting judge on the tribunal with partial agreement with the plaintiffs.

Both the English Montreal School Board, and the Federation Autonome de l’Enseignment have both filed constitutional challenges to the law saying it limits their ability to hire qualified teachers. 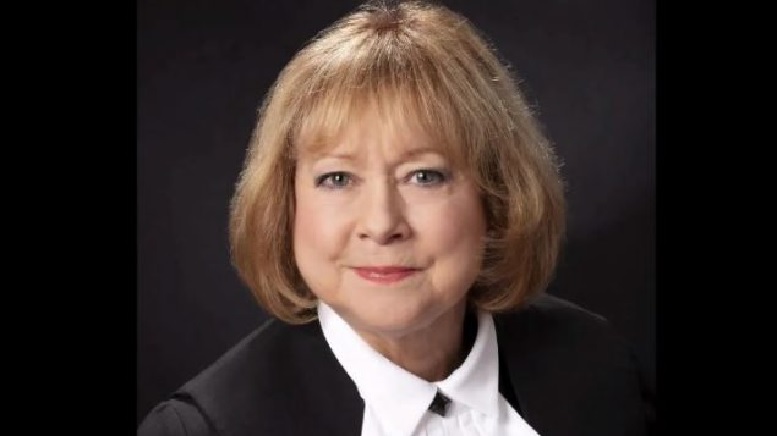 Quebec’s Chief Justice, Francoise Duval Hesler who had granted the right to appeal, and who also gave a dissenting opinion favour of the injunction as a member of the appeal tribunal, is facing formal complaints charging a lack of impartiality regarding Bill 21. (Quebec Court of Appeal)

While reviewing options, the challenging groups say the case could end up in front of the Supreme Court of Canada, although that may be years away.