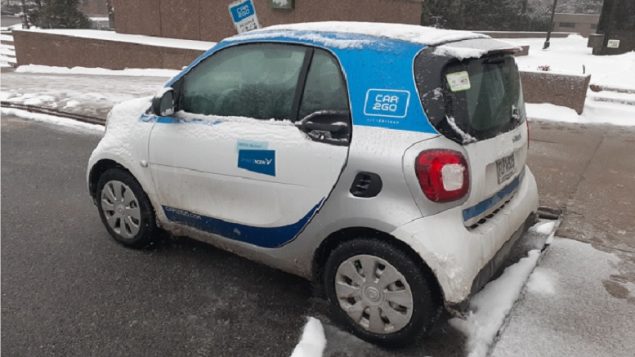 One of ShareNow's "Car2Go" Smart cars parked in their spot in front of the CBC building in Montreal on Dec 17. 2019. By February the service will be gone completely from N. America (M.Montgomery)

One of  the world’s, largest car sharing services has announced the unexpected closing of its operations in N. America and three European cities. ShareNow (Car2Go) said February 29, 2020, will be the last day of service in N. America.

In a statement the company wrote, “This decision was made based on two extremely complicated realities. The first being the volatile state of the global mobility landscape, and the second being the rising infrastructure complexities facing North American transportation today and the associated costs needed to sustain operations here. Ultimately, we are not in a position to commit to the level of investment necessary to make the North American market successful”.

The service halt also affects Florence, London and Brussels. Service will continue in 18 other European cities.

Car2Go had merged with another operation Drive Now, to form Share Now, operated by a subsidiary of Mercedes AG and BMW Group, although the cars were still commonly labelled Car2Go. The vehicles, mostly Smart Fortwo cars, and some Mercedes sedans, could be rented by the hour or day in what is known as a “free floating” service where cars can be picked up and dropped off in different locations around a city. 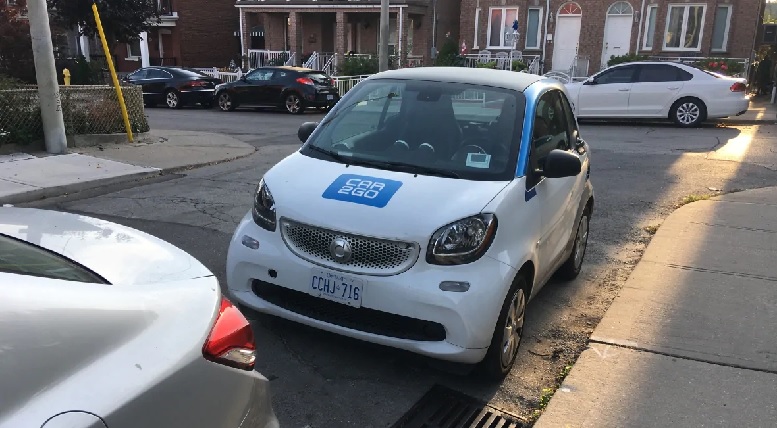 The service was “free floating” meaning the vehicles could be left in various places around the city. Toronto later imposed parking restrictions on the company hurting its business model and incurring thousands of parking tickets. Toronto service ended in May 2018. (John Rietti-CBC)

The service had been operating in Montreal, Calgary, Toronto, and Vancouver in Canada, and in the U.S. in Washington, New York City, and Seattle.  ShareNow pulled out of the Toronto market in May last year citing overly restrictive and costly requirements in the city. At the time it had 80,000 clients. In September, the Calgary operation ended as well. That left only Vancouver, the biggest N. American market with some 236,000 clients, and also Montreal with almost 103,000 customers for the 500 cars in that Quebec city. 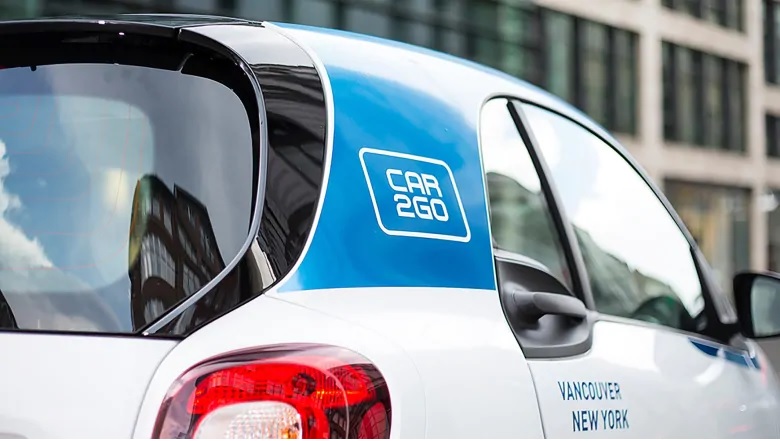 Previous closures have led to vehicles being shifted to other markets. With the ending of all service in N. America by February 2020, it’s not known what will become of the hundreds of vehicles, but it’s thought they will be sold at auction. (Daimler AG)

The operations in Columbus Ohio ended in may, and in Denver Colorado, Austin Texas,  Portland Oregon in October, and in Chicago this month.

ShareNow’s major competitors in Vancouver, Evo Car Share, and Communauto in Montreal, both were surprised by the news, saying it was too soon to know how they could deal with the void created by the closure.

Although not indicated, experts in the field suggests the increase in ride hailing, like Uber and Lyft, or bike sharing and e-scooter sharing may have played a role in increased competition.