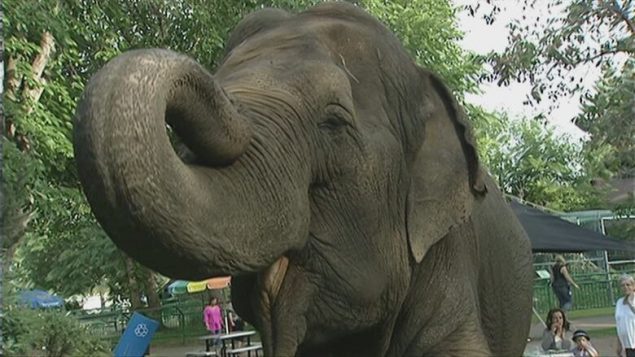 The Supreme Court of Canada did not give a reason for dismissing the case involving the 44-year-old Lucy. (CBC)

The Supreme Court of Canada will not hear a case involving a 44-year-old ailing elephant, dashing the hopes of animal activists and likely confining her to the Edmonton Valley Zoo for the rest of her days.

Zoocheck Canada has been going to court-unsuccessfully–for years to have the elephant, named Lucy, moved to a warmer location, a move that is supported by celebrities who include famed author Margaret Atwood and prominent former game show host Bob Barker.

The group says the zoo is violating provincial standards by keeping her isolated from her own species and failing to provide her with a facility that meets her “biological and behavioural needs,” and wanted Alberta to impose conditions on the zoo’s permit to force compliance. 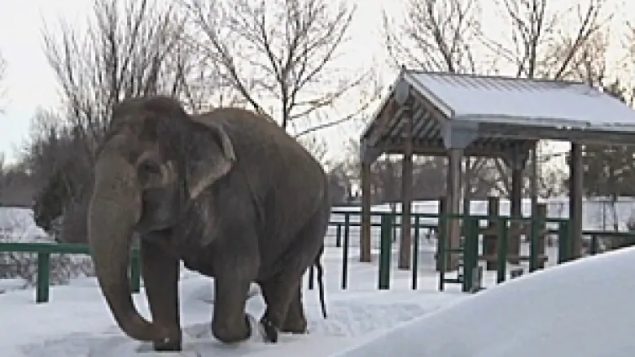 The debate surrounding the relocation of Lucy the elephant resurfaced again last year after the Edmonton Valley Zoo received a dishonourable mention on a list of the worst zoos for elephants. Lucy, who has lived at the zoo since 1977, is ailing. (CBC)

The top court dismissed an appeal application Thursday morning and–as per custom–did not give a reason.

Officials at the zoo, where Lucy has lived since 1977 after being orphaned in Sri Lanka, say she is treated well and is continually monitored by veterinarians 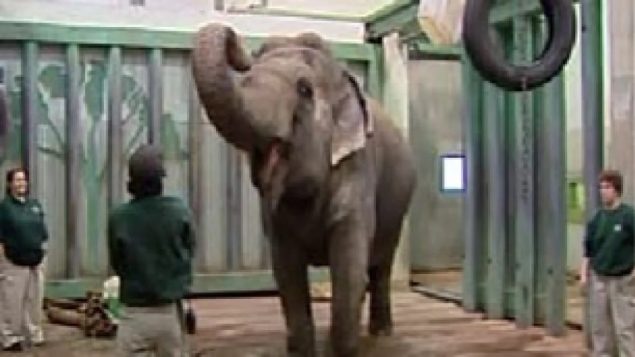 Lucy has long been the focus of a fight between animal rights groups and the City of Edmonton, which runs the Valley Zoo. (CBC)

She is also a sick Asian elephant, who is having problems with her feet, hips, teeth and respiratory system, illnesses that the zoo and Zoocheck say make her too sick to move.

“It is possible that the zoo has created a self-fulfilling prophecy by stalling for so long that she may be too ill for transport, since her medical records now show that she is going down due to colic, a very dangerous situation for elephants,” Julie Woodyer, Zoochek’s campaign’s director, told CBC News’ Kathleen Harris.

“However, even if it is too late to move her safely, there are still things they could do to improve her life.”

Prior to Thursday’s ruling, Camille Labchuk, the executive director of Animal Justice, was optimistic the Supreme Court would decide to hear the case.

I spoke with her by phone at her office in Ottawa afterwards.

With files from CBC (Kathleen Harris)