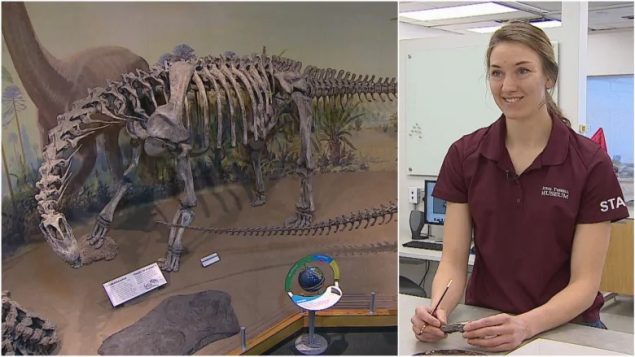 Amy Kowalchuk is using 3D printing modelling at Royal Tyrrell Museum to learn more about dinosaur behaviour including how they hunted prey. Exhibits are also brought to life with the technology. (Colin Hall/CBC)

Christmas is for kids, right?

And what seems to fascinate and excite a very great majority of kids the most?

“I’ll take dinosaurs for a thousand, Alex.” say I.

So here’s a bit of a Christmas story.

Alberta’s Royal Tyrrell Museum might be a place where a lot of parents and kids are going to find themselves over the holidays.

In fact, you can probably bet on that.

The Royal Tyrrell is already a pretty big attraction–and growing (see above)–in no small measure due to its collection of over 130,000 fossils

Now, CBC News Calgary reports, the museum has found a way to use 3D printing technology to bring fragile dinosaur specimens to life.

All in the name of advancing knowledge and creating compelling exhibits, of course.

Amy Kowalchuk is a 3D technician at the museum who spends a lot of time these days behind a camera lens, building digital blueprints. 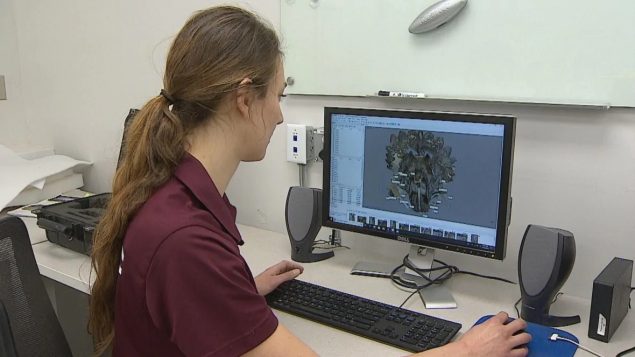 “You just have to take multiple photographs from multiple angles and from that, you can triangulate them using computer programs, and then that gives you your 3D model,” she told CBC Calgary, noting that an abundance of caution is needed in her work.

Why the need for caution?

Kowalchuk recently prepared a jaw bone replica for a new exhibit based on a fossil that is tens of millions of years old.

Think those fossils might be just a tad fragile? 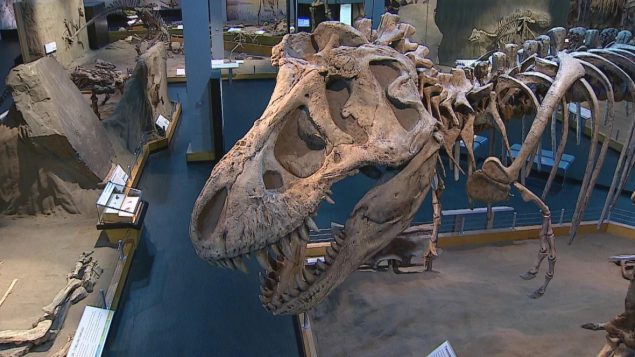 CBC News reports that the technology is helping the museum bring attention to some of its more impressive finds, including a tyrannosaur specimen known as the exploding skull.

It has 41 pieces, is extremely delicate, and is now on display.

And, CBC News reports, the technology is adding a new dimension to curator François Therrien’s research on dinosaur brains. 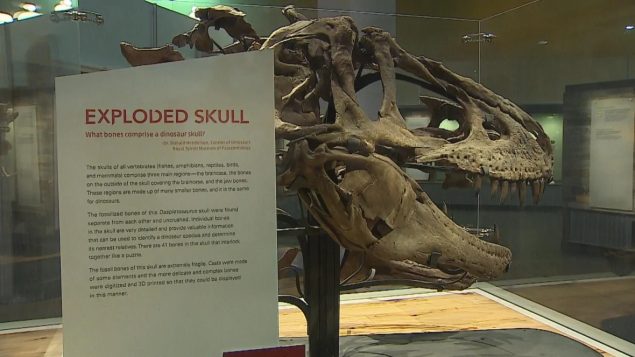 “Before, trying to reconstruct the brain structure or the brain shape of these extinct animals required a lot of work,” Therrien explained.

“We needed to break the bones or have skulls that were already broken and then pour latex in there, try to peel it out and then a cast of the brain cavity.

“Now we can all do that with a CT scanner and 3D printing, so we can ask a lot of questions that previously would have been impossible to do.”

(With files from CBC Calgary/Allison Dempster and Colin Hall)