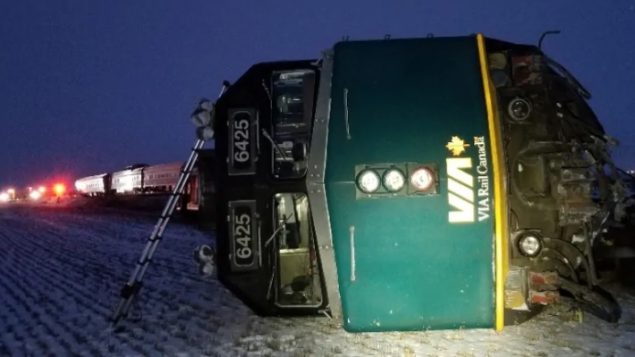 The derailed Via Rail passenger train lies on a field south of Gladstone, Man., on Tuesday morning. Five people were taken to the hospital following the accident. All were released. (RCMP/Twitter)

No apparent injuries as Via passenger train derails

The RCMP says there appear to be no serious injuries after a Via Rail passenger train derailed today west of Winnipeg.

Seven passengers and five crew members were aboard the train when it went off the tracks at 6.45 a.m. local time, about 15 kilometres north of the community of MacGregor, Manitoba.

Via Rail says emergency crews are on the scene.

“The cause of the accident is under investigation and we are now working with authorities to determine exactly what happened,” Via spokesman Karl-Philip Marchard Giguere said in a statement. 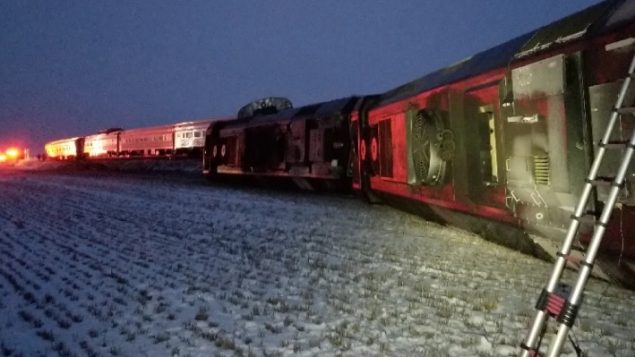 The RCMP says the seven passengers and five crew members on the train don’t appear to have serious injuries. (RCMP/Twitter)

The train was bound from Churchill, Man. to Winnipeg.

It was the second derailment on Canadian tracks in less than a week.

Last Thursday, 26 cars on a CN freight train went off the track at near the British Columbia-Alberta border.