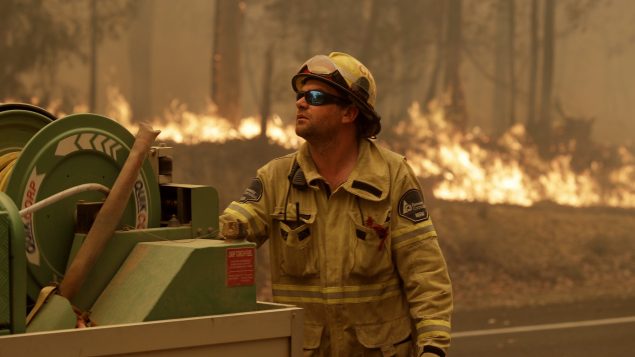 A Forest Corporation worker manages a fire hose as he battles a fire near Moruya, Australia, Saturday, Jan. 4, 2020. Australia's Prime Minister Scott Morrison called up about 3,000 reservists as the threat of wildfires escalated Saturday in at least three states with two more deaths, and strong winds and high temperatures were forecast to bring flames to populated areas including the suburbs of Sydney. (Rick Rycroft/AP Photo)

A new group of Canadian firefighters and wildfire experts has arrived in Australia to help fight devastating bushfires that have already killed 25 people and destroyed more than 2,000 homes, scorching an area the size of Nova Scotia and Prince Edward Island combined.

This latest deployment – the fourth since the first Canadian fire expert arrived in New South Wales in mid-November – has brought the total number of Canadian firefighters in Australia to 87, according to the Canadian Interagency Forest Fire Centre (CIFFC).

Eight more Canadian firefighters are leaving for Australia Monday night for a 38-day deployment, bringing the total to 95 Canadians.

“Canada is deeply saddened by the mounting deaths and destruction caused by the devastating wildfires in Australia,” Foreign Affairs Minister François-Philippe Champagne said in a statement Sunday.

“Since Dec. 3, 2019, almost 100 Canadian fire management personnel have deployed to Australia, with more on the way soon.”

These Canadians are providing expertise and relief for the Australian staff that have been working extremely hard, and around the clock, since November, Champagne said. 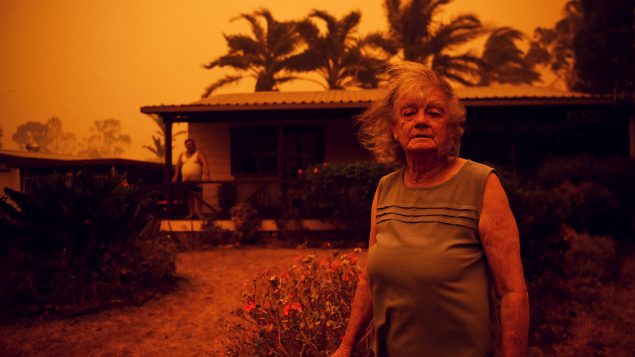 “I have communicated with my Australian counterpart to reiterate that we are prepared to consider further assistance as necessary,” Champagne said. “When wildfires spread through Canadian communities, Australia answered our call for help. We are proud to do the same.”

This is the first time Canadian firefighters have been deployed to Australia under the Exchange of Wildland Fire Management Resources agreement that was signed in 2016, officials at Natural Resources Canada said.

The latest group of Canadian firefighters was met with applause as they walked into the arrival hall at Sydney Airport Sunday.

“I cannot underscore enough that in making this long journey you’ve brought hope and reassurance to these people,” said Angela Bogdan, Canada’s Consul General in Sydney, as she greeted the new arrivals. “They are amazingly resilient, but to know that they’re not alone and that Canada is the other side of the world, that resonates even higher.”

Australia’s government said Monday it was willing to pay “whatever it takes” to help communities recover from deadly wildfires that have ravaged the country.

Prime Minister Scott Morrison said the government was committing an extra 2 billion Australian dollars ($1.8 billion Cdn) toward the recovery effort in addition to the tens of millions of dollars that have already been promised.

“The fires are still burning. And they’ll be burning for months to come,” Morrison said. “And so that’s why I outlined today that this is an initial, an additional, investment of $2 billion. If more is needed and the cost is higher, then more will be provided.” 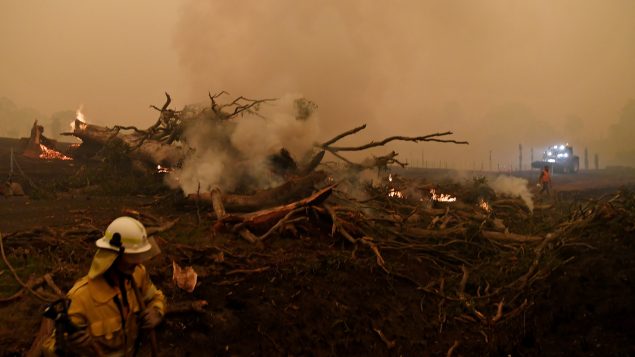 A burning gum tree is felled to stop it from falling on a car in Corbago, as bushfires continue in New South Wales, Australia Jan. 5, 2020. (Tracey Nearmy/REUTERS)

Rain and cooler temperatures on Monday were bringing some relief to communities battling the fires. But the rain was also making it challenging for fire crews to complete strategic burns as they tried to prepare for higher temperatures that have been forecast for later in the week.

“With the more benign weather conditions, it presents some wonderful relief for everybody, the firefighters, the emergency services personnel, but also the communities affected by these fires,” Shane Fitzsimmons, commissioner of the New South Wales Rural Fire Service, told reporters. “But it also presents some real challenges when it comes to implementing tactical and strategic back-burns and other techniques to try and bring these fires under control.”

More than 135 fires were still burning across New South Wales, including almost 70 that were not contained. Officials have warned that the rain won’t put out the largest and most dangerous blazes before conditions deteriorate again.