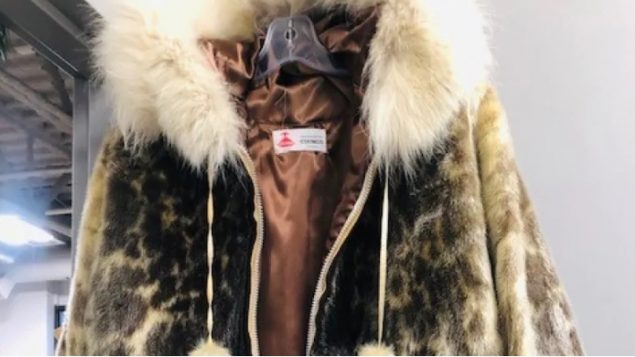 A special coat turns up in an Edmonton thrift store

It’s axiomatic that one never knows what they will find in a thrift store.

Sometimes, it’s not all that great.

It’s a bit of giggle.

Travel with me, if you will, to the Goodwill Alberta store on Whyte Avenue in Edmonton.

Talk about a score.

Nobody’s really sure who dropped it off, but last week the staff realized they had something special.

This came to our Whyte Ave location! This one of a kind coat could have potentially come from Canada North. If anyone would like to help provide more details on this one of a kind item, that would be terrific, as we feel it belongs in a museum and therefore CANNOT sell the item. pic.twitter.com/Y6DzXpzjUf

Not all that unique, but not so insignificant either–mainly because of the terrific shape it’s in…and the history that goes with it.

The tag inside reads “Holman, N.W.T. Handmade by Eskimos.”

Turns out, Holman Co-op in Ulukhaktok, N.W.T. began making sealskin coats in the early 1960s and stopped mass manufacturing them in the 1980s because of a drop in their market value.

The ones made in the 1960s and 1970s had similar tags to the one discovered last week at Goodwill.

“The founding of these co-operatives was encouraged by the Canadian Government in the 1950s, intended as agencies for selling Inuit art to outside markets and later expanded to serve Inuit consumer needs and to experiment with new commercial ventures such as print making, embroidery, wall hangings, dolls, and clothing,” Ryan Silke, a curator’s assistant at the Prince of Wales Northern Heritage Centre in Yellowknife, N.W.T. wrote in an email to Goodwill and CTV News when he asked about the parka.

“This is something we have never come across at our locations,” marketing manager Doug Roxburgh told CBC News’ Travis McEwan.

Now, Goodwill is trying to figure out what to do with it.

Because of the parka’s heritage value, Goodwill decided that it would not be appropriate to put it on the floor for sale.

Instead, it is looking for a museum in Alberta or northern Canada to take the coat. 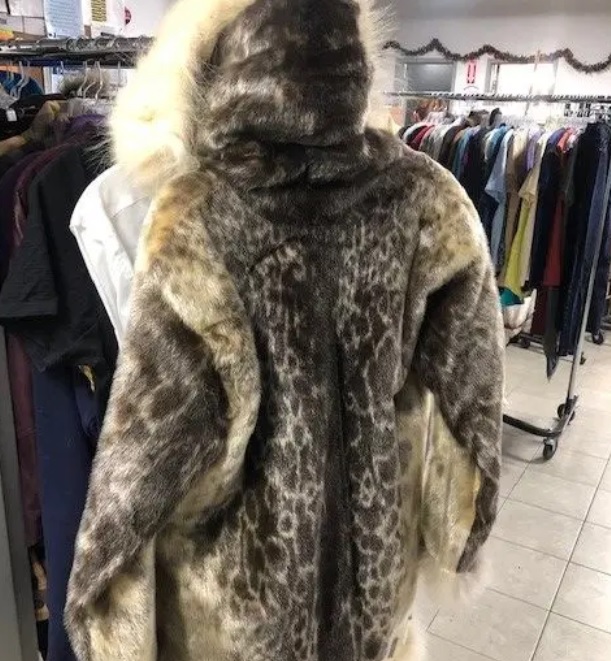 Experts say the coat is in excellent condition. (Goodwill Industries of Alberta)

“We felt strongly about the cultural significance of the item, therefore could not put the item on our floor as we believe it belongs in a museum of some sort,” Roxburgh told CTV Edmonton in an email.

Goodwill provides training and employment for people with disabilities.

It is funded through revenue raised through its thrift stores.

“And while we’re serving one group we can serve the rest of our community, and the Inuit and Métis communities, and respect that culture.”

The search for a suitable location to display the coat is on and so is the search for the person who dropped it off at the store.

“We would like to thank them for their generosity, as we know their donation would be geared towards raising funds to help those with disabilities to gain meaningful employment, but we also are aware that this piece should be held in the highest regard, because of its cultural and historical significance,” Roxburgh told CTV.