An important commemorative date is approaching, the 75th anniversary of VE-Day, or Victory in Europe, which ended the horrors of the Second World War.

The Royal Canadian Mint has just released a series of commemorative coins to mark the occasion. 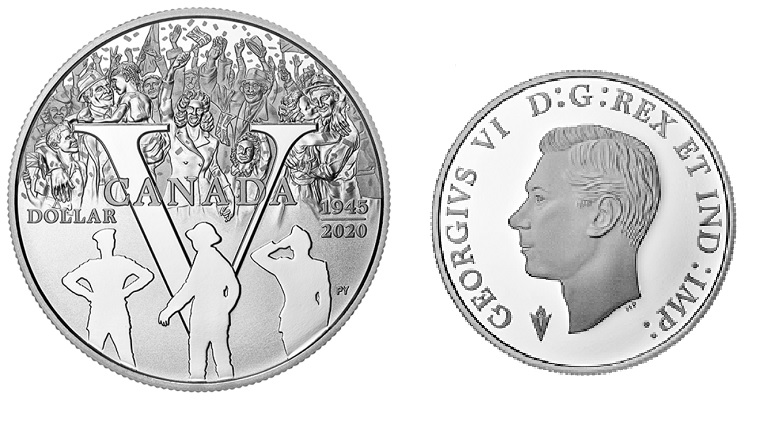 The coins were designed by Pandora Young and feature a tribute to the three military branches of the Royal Canadian Navy, Army, and Air Force stand out in front of the outpouring of emotion of thankful civilians cheering the victorious troops. A large “V” for victory at the centre of the coin and a 1945-2020 double date complete the design. 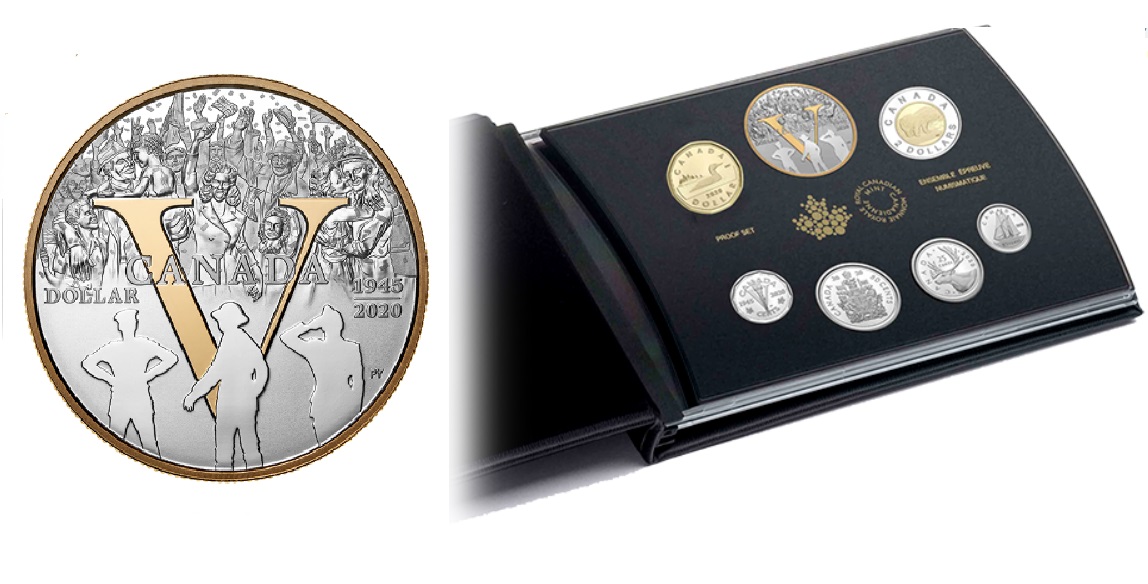 Also offered is a silver proof set of Canadian coins including a gold trimmed silver dollar. The 15,000 sets will sell for $234.95 each (Royal Canadian Mint)

The $100 gold coin features a salute to the RCAF with a Wing Commander centre flanked by a pilot  flashing the two fingered V- for Victory sign  and a waving member of the RCAF Women’s Division. The the Wingco raises his hand in salute as a Spitfire fighter plane flies overhead. ( It should be noted that the iconic elipse wings of the Spitfire were designed in significant measure by Canadian Beverly Shenstone)

This design was created by Guelph, Ontario artist Laurie McGaw. Only 1,200 of the 14-carat gold coin will be available at $799,95.