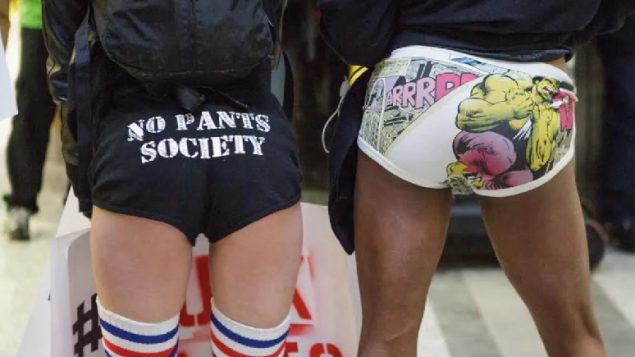 It’s back! The pants are off! No pants subway returns

If you’re in any one of dozens of major cities around the world, you might be a bit surprised to see handfuls of riders on the public transit system in their underwear this Sunday afternoon.

This is part of a ‘prank’ of sorts initiated by Improv Everywhere in New York City 2002  for which there was a mere  seven participants. 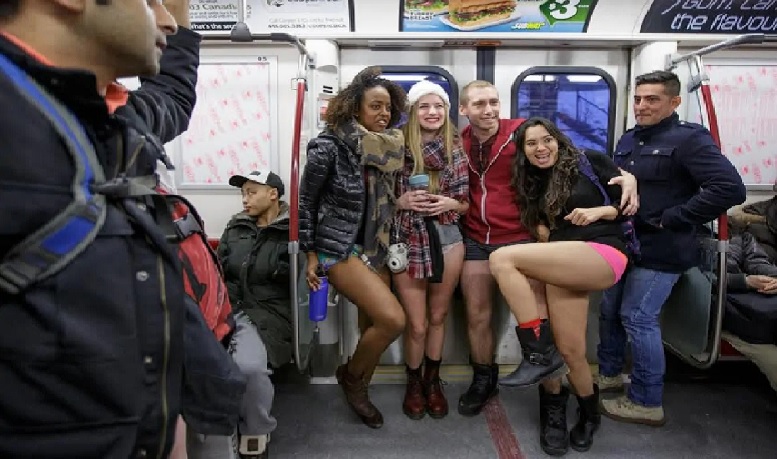 2014 Toronto no pants subway event. Participants usually arrange to gather at a spot and ride the public transit together ( Katherine Holland-CBC) 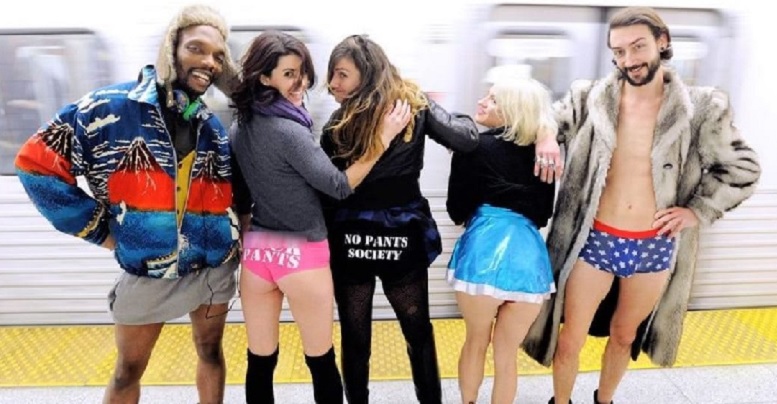 A wide variety of underpants are worn, some funny, some colourful, some a bit daring. (No Pants Society TO Facebook)

According to their website, Improve Everywhere is a ‘comedy collective that stages unexpected performances in public places. Created in August of 2001 by Charlie Todd, Improv Everywhere aims to surprise and delight random strangers through positive pranks’. In Canada, only two cities have subways, Montreal and Toronto, but other cities stage events on their public transit above ground trains such as Calgary’s C-train, and Vancouver’s Sky Train. 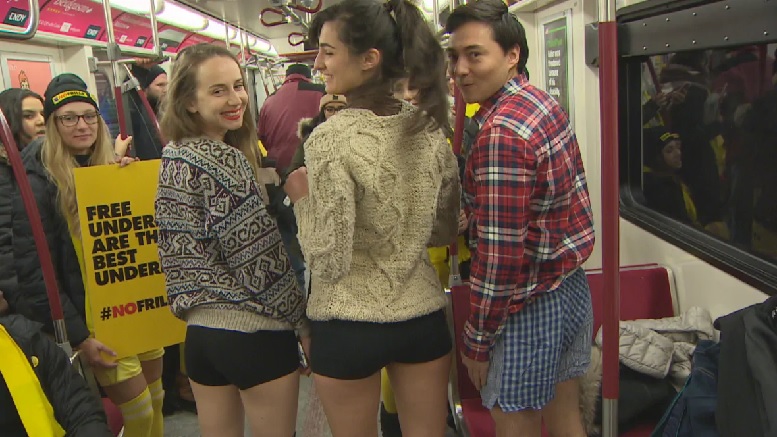 A fun event, the No Pants Subway Ride happenings around the world usually end up in a prearranged bar, club, or restaurant for a party in the afternoon following a couple of hours of riding on public transit. (Christopher Langenzarde via CBC)

Of course January in Canada can be pretty darn cold and nasty so participants usually wait until they’re inside the stations or the cars before removing clothes.

Generally there is also a no pants ‘after party’ for participants where people can warm up, especially in Cl