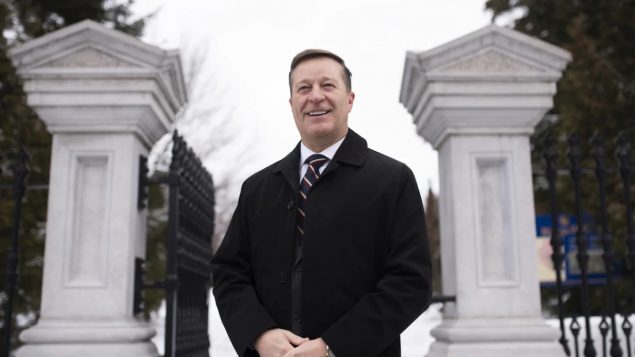 Businessman and politcal organizer Bryan Brulotte officially entered the Conservative Party leadership race at the beginning of the month. On Monday, he dropped out after the party announced rules for the contest, including the need for $300,000 and 3,000 signatures. (Justin Tang/Canadian Press)

Brulotte ends his (very) short run for the Tory leadership

That’s when Andrew Scheer announced he would not be running to succeed himself when the Conservative Party picks a new leader in June.

Ottawa businessman Bryan Brulotte, a longtime political volunteer and organizer, decided it was time to take a shot at the title. “My decision was taken after extensive consultation and encouragement from party members across Canada.”

Earlier this month, Brulotte, the CEO and chair of the employment firm MaxSys Staffing and Consulting and a long-time volunteer Tory organizer, reiterated to the Canadian Press that he was all set to go.

The game plan was simple: he would combine his insider with his outsider status and bingo–the sky would be the limit.

Just a a matter of signing up new members. 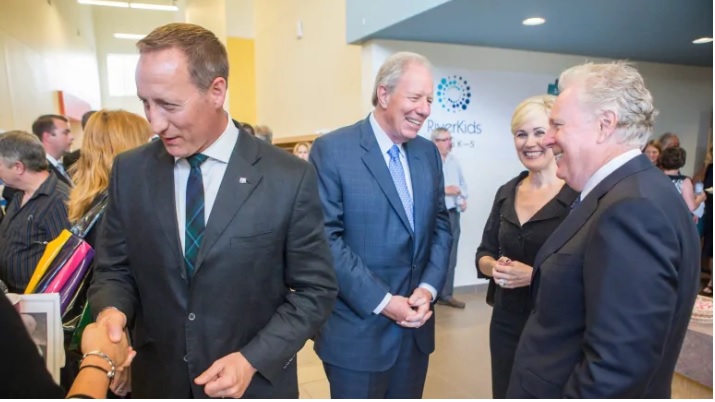 Former MP Peter MacKay, left, and former Quebec premier Jean Charest, right, are seen at the funeral of MP Elsie Wayne August 27, 2016, in Saint John, N.B. Neither MacKay nor Charest has officially announced he is running to succeed Andrew Scheer as Conservative Party leader, though there is much speculation that one–or both–will. (James West/Canadian Press)

It turns out, it costs a pretty penny to enter the Tory leadership race.

Rules released over the weekend require a candidate to come up with $300,000 and to have the support of 3,000 people who have been party members for 21 days before they can sign someone’s nomination papers.

A thousand of those signatures have to be in by the end of February.

It was a mountain too high for Brulotte.

On Monday, the official campaign began.

And it began without Brulotte, who announced he was no longer a candidate–that he was now backing former Tory cabinet minister Peter MacKay, who has yet to declare.

Brulotte’s departure leaves just one declared candidate in the race, though that list will grow rapidly.

That candidate is Ontario MP Marilyn Gladu, seen here delivering an anti-pot poem just before Question Period in the House of Commons in Dec. 2017.

Gladu announced last week she was running, expressing confidence she will be able to come up with the $300,000 entry fee and collect the 3,000 signatures from party members required to put her on the ballot.

And Former Quebec premier Jean Charest is said to be thinking seriously about entering the race.