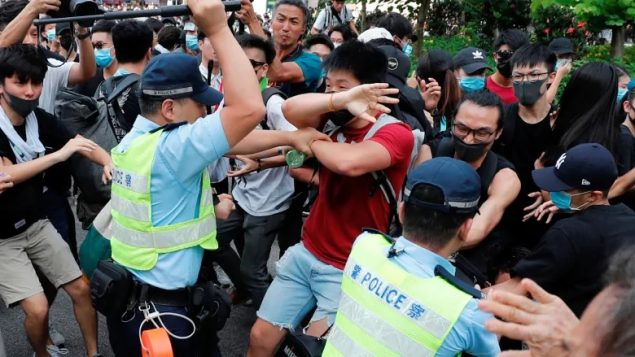 The respected U.K-base Economist through its sister ‘intelligence unit’, has released its 2020 democracy index.

It rates the level of democracy in some 167 countries based on five categories”: electoral process and pluralism, the functioning of government, political participation, democratic political culture and civil liberties.

The report notes this year, the overall rating at 5.44 out of 10, is the lowest rating for democracy since the annual rating began in 2006. The top and bottom show little change with Norway at number one, where it has traditionally been, followed by Iceland Sweden, New Zealand, and Finland. N, Korea remains in its traditional last place at the bottom of the list. Canada is tied with Denmark for seventh spot. 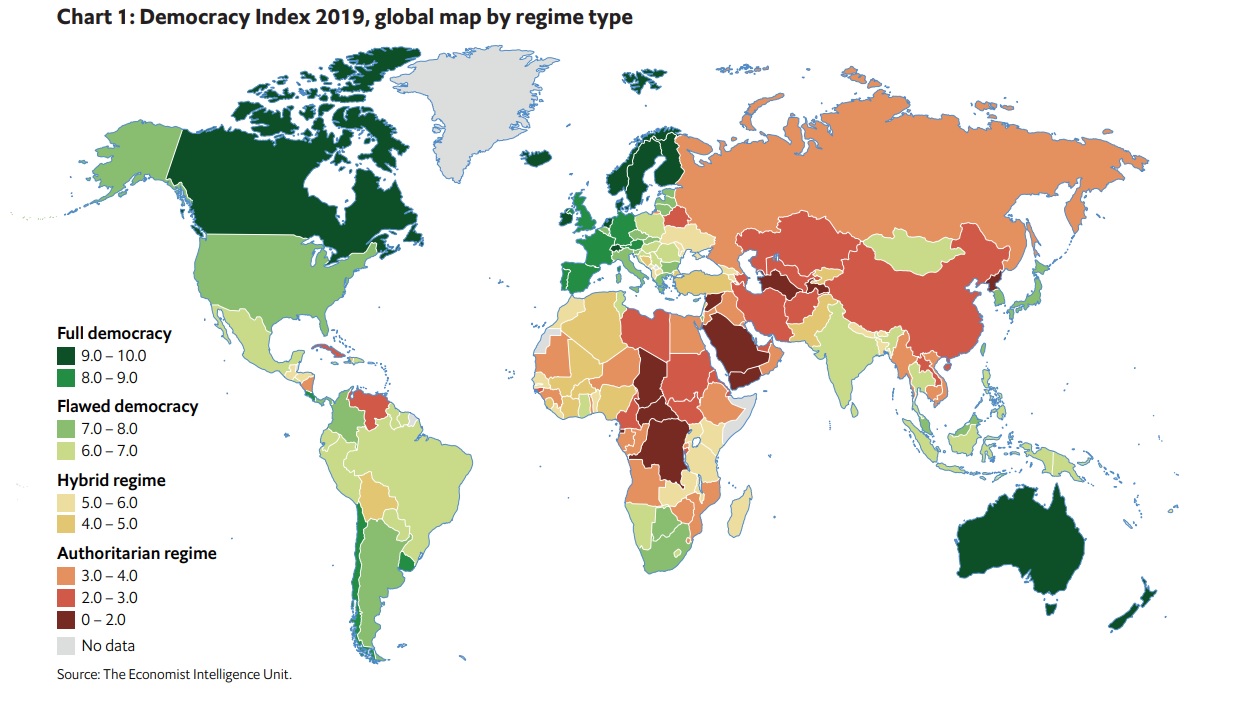 Surveys by the Pew Research Center on global attitudes towards democracy have in recent years revealed a disjuncture between still-high levels of public support for democracy across the globe
and deep popular disappointment with the functioning of democracy and systems of political representation. Since the inception of the Democracy Index in 2006 we have highlighted the
progressive deterioration in the practice of democracy in the most developed democracies in the West. According to Larry Diamond, a renowned democracy scholar, “we have been going through a
democracy recession”, and he points to a trend towards authoritarianism in the developing world. (EIU)

The rating also however lists only 22 countries as being fully democratic. At position 51 “flawed” democracies begin with India, which dropped several spots since last year, and includes Brazil, Poland, Hungary, and Mexico. 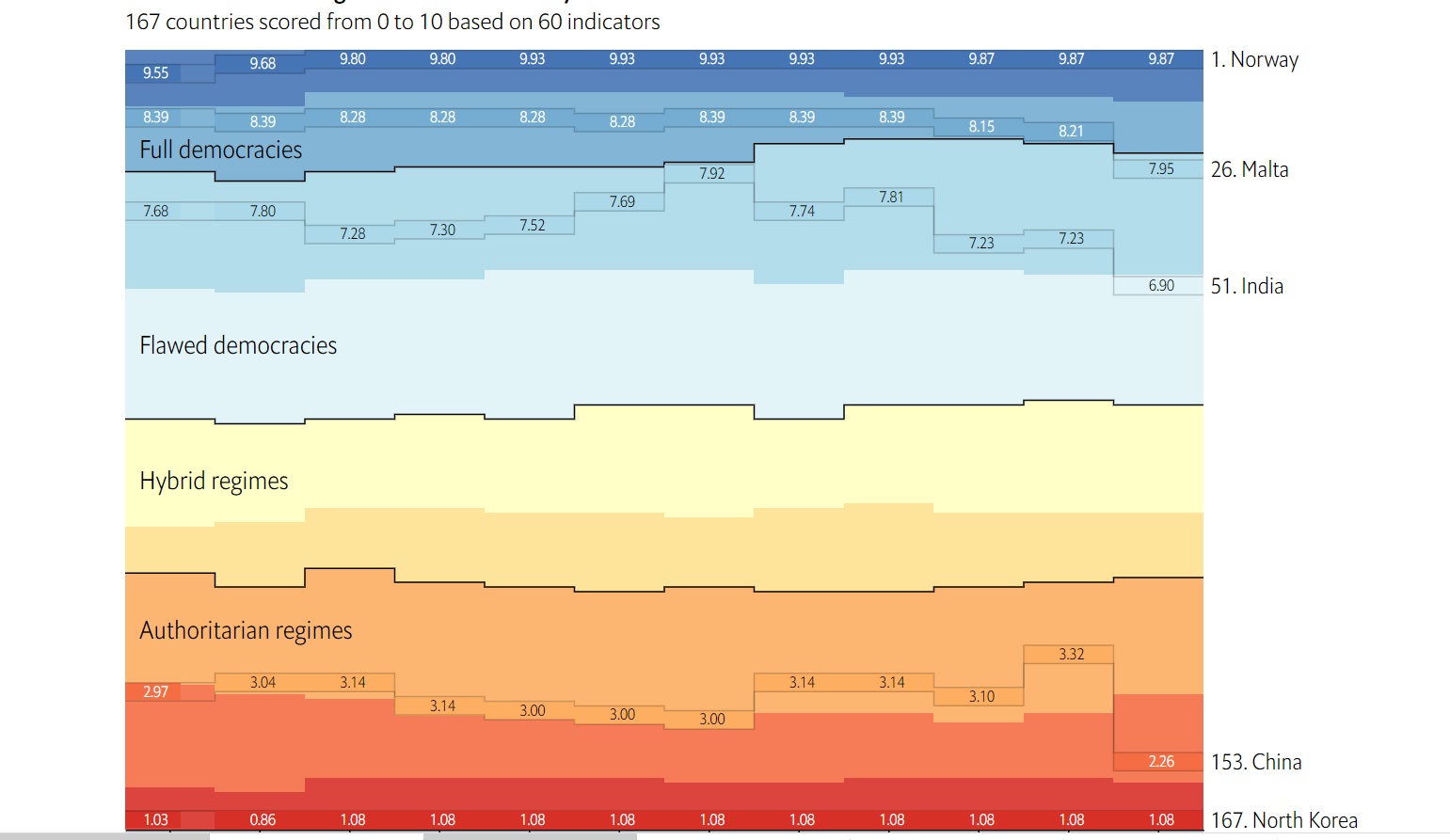 Questions asked in the rankings include

The  latest report notes  a trends towards  authoritarian rule in the non-OECD regions, but also suggests a much greater concern on the growing democratic deficit in the developed world.