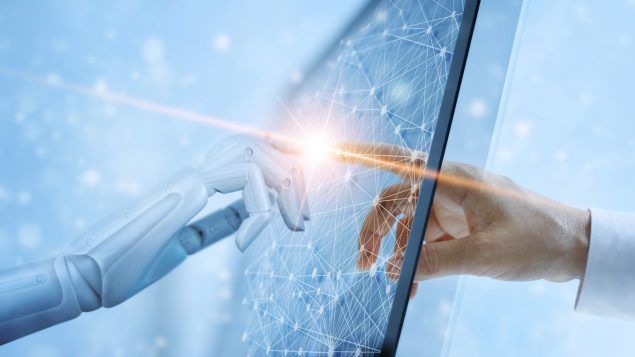 A Canadian science and technology, engineering and mathematics company named Actua has released an AI Education Handbook that guides teachers on how to teach the basics of artificial intelligence to elementary and high school students. (Photo iStock/ipopba)

A Canadian science and technology company named Actua has released an AI Education Handbook that guides teachers on how to teach the basics of artificial intelligence to elementary and high school students.

“AI is an emerging technology that will be a priority for job markets,” said Caitlin Quarrington, the Senior Manager of Education at Actua, and the lead person on the AI handbook. “There is a current gap in terms of Canadian curriculum not addressing AI and that students need to think critically about how they are using everyday technology.”

The AI handbook is flexible in how it teaches concepts to its students.

She added that companies such as Amazon, Spotify and Google Home all use AI in some fashion, and that it’s important for students to understand how they work.

The AI handbook, which is free for everyone to look at, was made in collaboration with Google.org and the Canadian Internet Registration Authority. Quarrington also said that teachers were advisers during the project’s development.

“Google’s mission is to organize the world’s information and make it universally accessible and useful. AI is helping us to do that in exciting new ways,” said Natacha Mainville, Google Brain in a press release.

“The potential of AI will be determined by the next generation of technology builders. Actua’s AI Education Handbook is a step in the right direction to equip educators and learners on the AI opportunity, and how it can solve for humanity’s biggest challenges.”

The use of artificial intelligence has been subject of criticism lately due to ongoing privacy concerns.

But Quarrington said that the ethical and responsible use of AI is a topic that is discussed in the handbook.

“Given the tremendous potential impacts that AI can have on consumers and citizens, it’s important to consider how to best harness this group of technologies,” a line in the handbook states.

The AI handbook was only released last Friday, so Actua has not received any feedback or statistics on how it has been implemented so far, but they’re excited for the handbook to get into the hands of teachers.