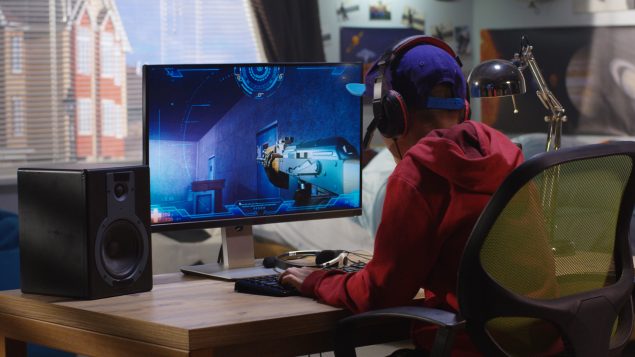 A Canadian researcher from McGill University recently conducted a study that suggests that exercise can improve performance in video games.

A group of young players were asked to play the popular online video game, League of Legends for 20 minutes after 15 minutes of intense cardio exercise. The players were then asked to come in and play the game again after a period of rest.

Dr. Marc Roig is an associate professor at McGill University, and neuroscientist that does research on the effects of exercise on the brain. He said that two of his students, Bernat de Las Heras and Orville Li, came to him with the idea to test the theory out.

The research found that after just 15 minutes of intense cardio exercise that players experienced improved performance. Roig said that players had better accuracy and were able to defeat more enemies after the exercise.

“What we think that happened here is that we improved attention, we improved the capacity of the brain to make decisions fast, and we also improved reaction time,” Roig said. “We think that these are some of the mechanisms that could explain why we saw an improvement in the video game performance.”

Roig added that there is already a lot of evidence that suggests that exercise improves a person’s ability to do cognitive tasks.

However Roig said that there were some challenges when doing this research. One of which was that it was difficult to create a task that was close to “real video gaming” that also allowed a way for the researchers to be able to measure performance.

“We have video games for research, but the problem is that these are not the video games like Fortnite or the other video games that people are playing,” Roig said, adding that because video games are complex, it is harder to quantify the performance.

League of Legends was the game Roig and his students, Las Heras, and Li, used because they were able to create a simple task to accurately quantify and measure video game performance for their research.

The Esports Academy in Montreal, which trains students on how to become esport players, stresses the importance of having a healthy lifestyle by having a performance trainer on staff to take care of the players mental and physical well being.

On their website they said that they “firmly believe that just like a traditional sports athlete, an e-athlete must be in a state of optimal physical and mental well-being in order to perform at his/her best.”

The video game industry has exploded in the last decade. According to the Entertainment Software Association, video game sales totaled $43.4 billion in 2018.

Esports are also a fast growing industry in the world. Last year, the prize pool for the Dota 2 2019 International was over $30 million, and the Fortnite World Cup garnered over 2 million live viewers last summer.

For the future, Roig said he’d want to do some more research to see if the same results can be achieved with different video games, and different types of exercise.

“I think we need to stop seeing video games as a bad thing and more as a way to engage people in physical activity,” Roig said.