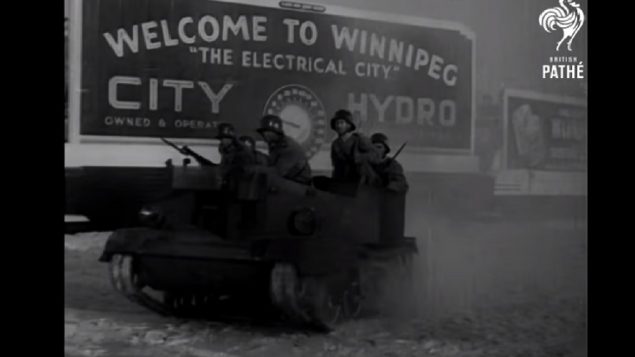 People were enlisting eagerly into the Canadian military forces, industrial production was massively converted to war production of guns, artillery, ships, aircraft, armoured and cargo vehicles, radios, medical supplies, uniforms and canvas goods, and all sorts of other materiel. The biggest aircrew training plan in history was well underway with aerodromes being built across the country and crew arriving from across Canada, the Commonwealth countries, and escapees from occupied Europe.

Canadians were already in England readying for a potential German invasion. Canadian fighter pilots were in action in the skies over the island helping to fend off German raiders, and on the seas the navy and merchant marine were involved against U-boats in the Battle of the Atlantic while delivering vital supply ships to the U.K.

But for Canadians at home, the war still seemed a bit distant.

The Canadian government had been engaged in raising money for the war effort through “Victory Bond” campaigns. The first one had been very successful, but hundreds of millions of dollars more were needed.  The second bond campaign began on February16th across the country, but someone already had the idea to bring a bit of realism to the effort.

The first hint came of that effort on the 18th when warplanes painted with German crosses were spotted flying low over towns at the northern tip of Lake Winnipeg in Manitoba. Then that night Selkirk, a town a little north of Winnipeg itself, was ordered into a blackout to the sound of explosions from “dropped bombs”.

The next morning residents of the Manitoba capital were shaken awake to the sights and sound of armed Canadian soldiers, vehicles and anti-aircraft guns in the streets firing (blanks) at advancing German forces and at German marked planes overhead flying mock bombing runs. Dynamite and coal dust simulated bombs and shells to add to the very realistic noise, certainly frightening to those unfamiliar with such things. Rubble was strewn across bridges to simulate them having been blown up. 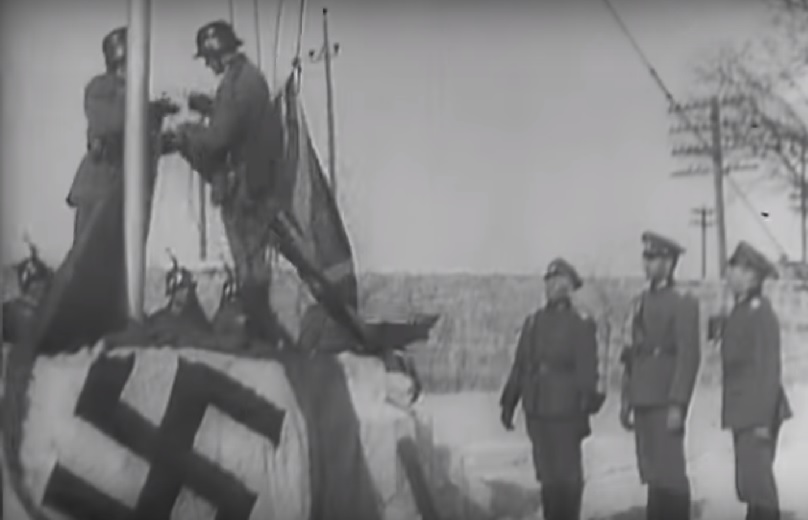 Soon there were German soldiers in the outskirts, and the radio began broadcasting German messages. Gunfire was heard in the streets in the city centre. Anti-aircraft guns fired into the sky and more explosions from bombs were heard.

The realistic raid which had begun before dawn, was successful in taking the capital by 0930. The Royal Union Flag at city hall was taken down, and the Nazi hakenkreuz flag was raised and a German victory parade was later held.  A proclamation declared that the city had been renamed “Himmlerstadt”.

The whole effort was called “If Day”, that is, -if- we don’t support the war effort and the Germans succeed, this could happen. The idea was to present as realistic a scenario as possible, with arrests and incarceration of officials. While there had been announcements about the coming event, some people had still managed not to be aware it was a staged invasion, and were truly frightened, at least for a short while, which of course added to the realism. 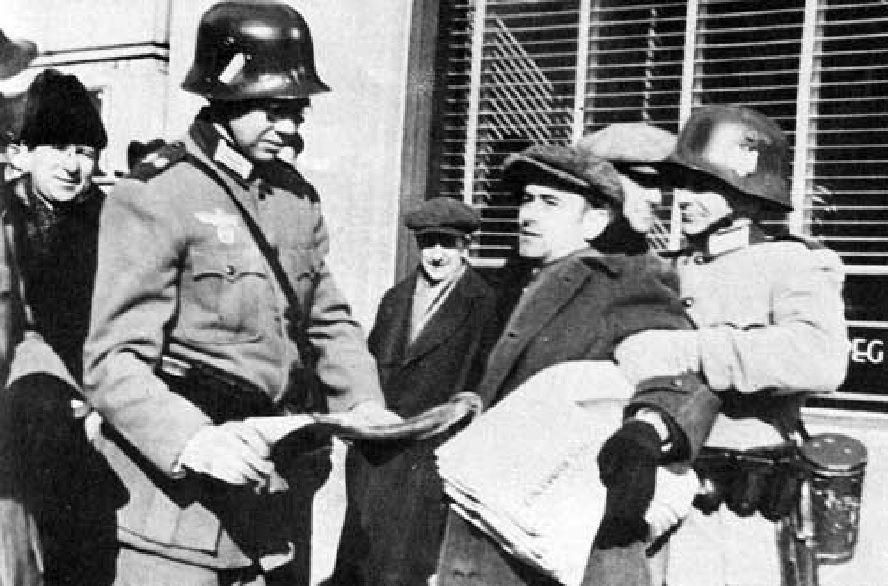 The “German” soldiers (in uniforms supplied by Hollywood) arrest a Winnipeg Tribune news carrier for distributing ‘illegal” news and rip up his papers. The Tribune will be renamed and printed as “Lugenblatt” for the day ( Manitoba Historical Society)

The regional branch of the National War Finance Committee organized “If Day” as a way to bring the war home to people not really affected by it, and by raising awareness, increase the sale of Victory Bonds.
It became the largest military exercise in Manitoba, and one of the largest in Canada to date with some 3,500 soldiers defending the city against the “invaders” who were also soldiers and other volunteers from the Young Men’s Board of Trade using Nazi uniforms borrowed from Hollywood.

The event was extremely elaborate with, the planes, the AA-guns, and rifle fire (all blanks), even with a fake edition of the Winnipeg Tribune printed, mostly in German, and with German money printed (with an advert for Victory Bonds on the back) 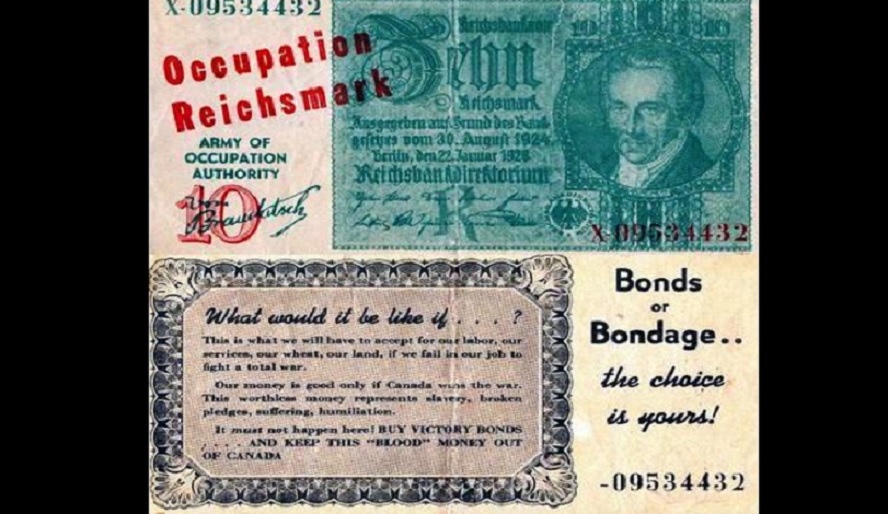 Pre-selected old and damaged books were burned by the “Nazi” soldiers in an event in front of a library,

At the end of the day however, the “prisoners” were released and organizers and others marched down the main street with a banner reading “It MUST not happen here!”

The result was a rousing success with Victory Bond sales well over Winnipeg’s target at $3.2 million, the largest one day sale, and the city’s target of $24 million was reached only a few days later, while the provincial target of $45 million was easily surpassed at $60 million, all attributed to “If Day”

The event was also covered by many American news services including Life Magazine, Newsweek, New York Times, and others. Newspapers as far away as New Zealand also carried coverage of the event.

In 2006 a documentary was made of the event by Past Perfect productions, and clips were included in Guy Maddin’s film “My Winnipeg”.