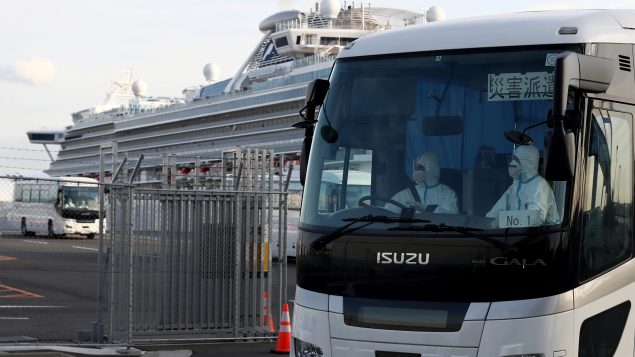 Canadian passengers stranded on board the Diamond Princess cruise ship in Japan because of the outbreak of the COVID-19 infection are expected to begin embarking on a flight to Canada on Thursday evening, according to Foreign Affairs Minister François-Philippe Champagne.

Speaking to reporters in Ottawa on Wednesday, Champagne said a passenger plane chartered by the federal government has already arrived in Japan to pick up the Canadians and their family members stranded on Diamond Princess, which has been docked at Yokohama, south of Tokyo, for more than two weeks.

The flight is expected to depart Tokyo Haneda Airport in the early hours of the morning on Friday, Feb. 21 (local time), officials said.

There were 256 Canadians on the Diamond Princess cruise ship and 47 of them have tested positive for the COVID-19 virus, Champagne said.

Only Canadians and permanent residents from the ship who have not tested positive for the virus will be eligible to board the chartered flight, he added.

The government believes that the best approach to dealing with Canadians who have been infected by the coronavirus is to get them treated at local hospitals in Japan, Champagne said.

“This will protect asymptomatic Canadians who are being evacuated from the ship as well as Canadians here in Canada and allow for those infected to heal more quickly,” the minister said.

If there is enough room on the plane, Canadian authorities will also allow non-Canadian immediate family members of Canadian citizens and permanent residents to board the flight in order to avoid separating families, officials said. 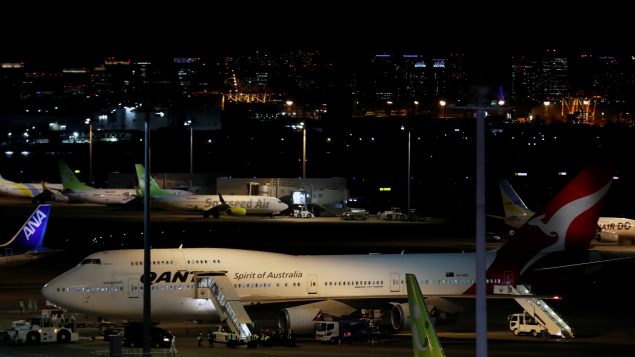 A Qantas charter flight for Australian passengers from the cruise ship Diamond Princess, stands on the tarmac at Haneda airport in Tokyo, Japan Feb. 19, 2020. (Kim Kyung-hoon/REUTERS)

The aircraft will bring passengers from Japan to Canadian Forces Base in Trenton, after which passengers will be assessed and transported to the NAV Canada Training Institute in Cornwall, Ontario, to undergo a further 14-day period of quarantine, Harvey said.

“Should Canadians choose not to return on this charter flight, they will need to complete the current quarantine being administered by Japan and follow the instructions of local authorities,” she said.

“Canadians seeking to return to Canada by commercial means will be subject to the Quarantine Act upon their return, in line with a determination to be made by the Public Health Agency of Canada.”

Many air carriers and countries have established travel restrictions due to the spread of the coronavirus. Canadians who choose not to evacuate may face restrictions, she warned. 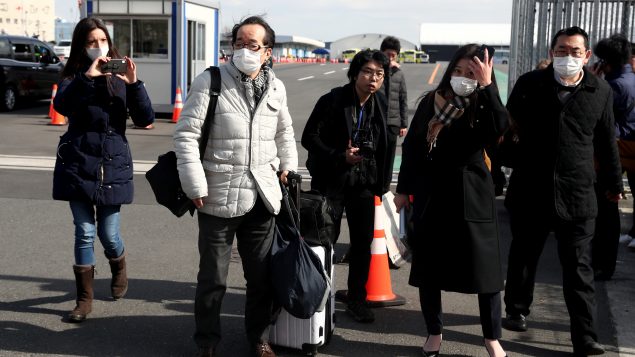 The Canadian embassy is working to provide consular support to Canadians stranded in Japan because of the coronavirus, such as making hospital visits and helping to stay in touch with family members, insurance companies and health care providers, Harvey said.

“We will continue to provide full support to those Canadians who will remain in Japan following the plane’s departure,” she said.

The ship with was quarantined at Yokohama, south of Tokyo, on Feb. 3 after a former passenger was diagnosed with the virus in Hong Kong.

The Japanese government has been questioned over its decision to keep people aboard the ship, which some experts have called a perfect virus incubator. The Diamond Princess is the site of the most infections outside of China, where the illness named COVID-19 emerged late last year. As of Wednesday, 621 cases have been identified among the original 3,711 people on the ship, Japanese health officials said.