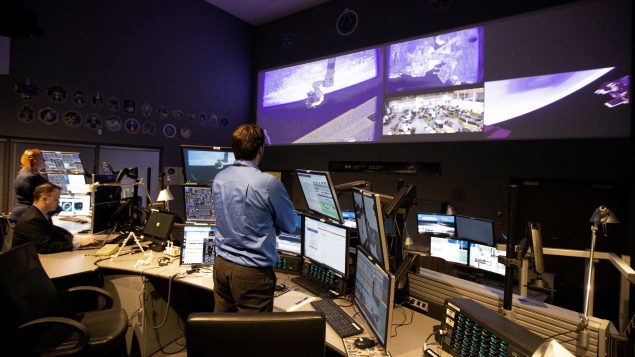 Canada’s Space Agency (CSA) announced this morning that they have given out seven contracts worth $4.36 million to five companies and one university that will research and develop technologies towards Canadian research and exploration of the Moon.

“Our Government is positioning Canada’s space sector to reach for the Moon and beyond,” said Navdeep Bains, Canada’s minister of innovation, science and industry. “This investment will help Canadian businesses bring their technologies to market, creating opportunities for them to join the growing space economy while supporting Canada to achieve world firsts in space science and exploration.”

Companies across Canada and Western University will develop technology that will be able to detect water on the Moon, measure mineral composition, and tools to navigate rovers on the lunar surface.

Canada reaches for the Moon: the CSA invests $4.36 million towards landing and conducting Canadian science on the lunar surface: https://t.co/LVNbu2avL1. #DareToExplore #ArtemisGeneration

One of the companies, The Canadensys Aerospace Corporation in Ontario was given two contracts worth $1,099,336, to come up with designs for two Canadian lunar rovers, a nano-rover, and micro rover.

The funding for the projects comes from the CSA’s Lunar Exploration Accelerator Program (LEAP). LEAP has set aside $150 million over five years in order to give opportunities to companies to develop innovative technologies in artificial intelligence, robotics and health.

Erick Dupuis, the director of Space Exploration Development at the CSA said that the LEAP program was made to use Canada’s rich diversity of expertise and to help Canadian companies position themselves for lunar exploration through the development of new technologies.

Mission Control Space Services Inc. will advance an AI-based software for the CSA to help rovers navigate on the Moon. #DareToExplore

Once the new technologies are developed, they will be tested and eventually used in lunar orbit and on the Moon.

“By the end of the five years we will have flown several times to the moon and we’ll have sent payloads to the moon and also have demonstrated new technologies in space to prepare for future missions beyond this five year horizon,” Dupuis said.

Last year the government of Canada had announced its involvement with the United State’s lunar exploration project, the Lunar Gateway, which is a small space station that will orbit the moon. Canada would provide the station with a robotic arm designed to maintain the station remotely, even when the station is unstaffed.

Dupuis said that the LEAP program and Canada’s involvement with the Lunar Gateway are two separate initiatives. However, he added that there is a possibility that the health technology developed under the LEAP program could go toward providing health support for astronauts.

“Canadians are generally proud of what’s happening in the Canadian space program and to us it’s very important to take advantage of this inspiration factor to get our youth to go into science technology, engineering and math education,” Dupuis said.