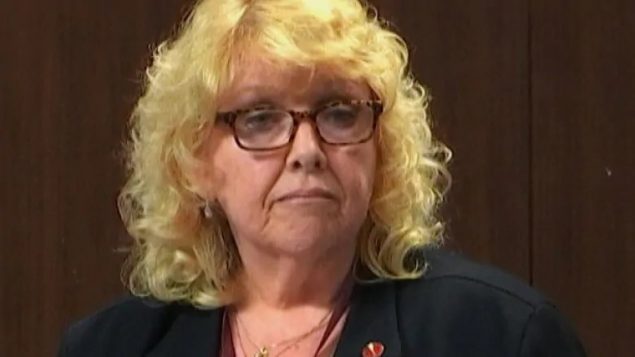 Lynn Beyak is seen speaking in the Red Chamber in May of last year. On Tuesday she issued an apology for posting racist letters on her official website and refusing to take them down. (CBC)

A Canadian senator, hailed by some as a defender of free speech and vilified by others as a racist, has apologized to her colleagues in the upper chamber for posting offensive letters on her official website and refusing to take them down.

The letters included suggestions that Indigenous cultures are inferior.

The letters were sent to the senator, Lynn Beyak, in 2017 after she was critical of the findings of the Truth and Reconciliation Commission that harshly condemned the Canadian Indian Residential School System, saying it had been marked by mental, physical and sexual abuse and resulted in the death of at least 6,000 children from malnutrition and disease. 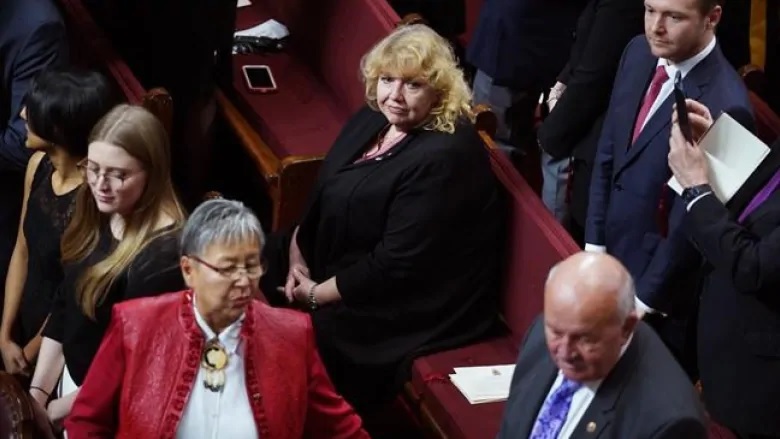 Sen. Lynn Beyak waits for the throne speech in the Senate chamber in Ottawa on Dec. 5, 2019. (Chris Wattie/The Canadian Press)

Beyak said that the findings overshadowed “good deeds” of “well-intentioned” workers at the residential schools.

She was turfed from the Conservative caucus for her refusal to remove the letters and was facing a second suspension from the Senate when she rose to speak on Tuesday.

Beyak, a former business person in northern Ontario and a failed Progressive-Conservative Party candidate for the Ontario legislature, was appointed a senator in 2013 by Prime Minister Stephen Harper.