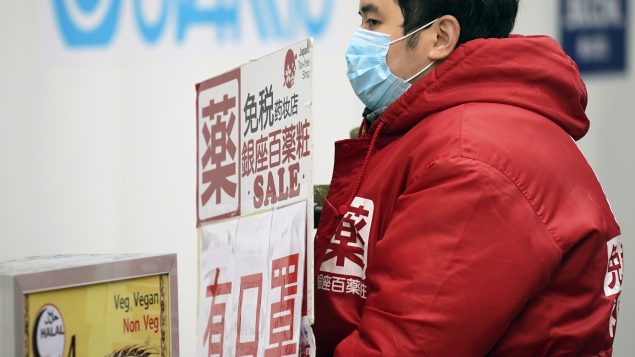 About 40 students from L’école Polyvalente Le Carrefour in Gatineau, Quebec, were supposed to leave for an 11 day trip to Japan this Friday, however that has now changed.

According to CBC News, the Draveurs school board sent a letter out to parents Monday morning that said it decided to cancel the trip to Japan over concerns of the health risks in Japan because of the outbreak of coronavirus.

“We were recently informed that the United States raised the level of risk Japan, unlike Canada, which maintained the same level of risk as before,” wrote school principal Sylvie Chénier, in the letter according to CBC News. “However, due to the uncertainty, the [school board] takes no risks with the safety of the children and its staff and has decided to terminate its travel contract to Japan.”

According to a spokesperson for the EF Education Tours Canada, the company that organized the trip, parents who bought travel insurance for the trip can be reimbursed. Those that did not will receive a refund in the form of a transferable travel voucher.

“The health and safety of the students, educators, and parents who travel with us is always our top priority, and we are closely monitoring the outbreak of the COVID-19 virus around the world,” EF Education Tours Canada said in an emailed statement.

There are currently 176 cases of coronavirus in Japan. On Wednesday Feb. 26, the Japanese Prime Minister, Shinzo Abe asked for countries to cancel sports and cultural events for the next two weeks due to increasing concerns surrounding the virus.

In New Brunswick, dozens of high schools are waiting to hear if they will still be going to Italy during their March break. EF Education Tours Canada is also organizing these trips.

A spokesperson for the company  said that since the increase in number of cases in Northern Italy, the company has rerouted groups that were scheduled to travel to or near the quarantined towns, as well as taken measures to not travel to Milan or Venice in the next month as they monitor the impact.

“We are allowing groups who were scheduled to travel to the most significantly impacted regions through March 31 to rebook without penalty. This policy allows groups to delay or change their plans, including to domestic options, or take a refund in the form of a travel voucher right up to the day of departure,” EF Education Tours Canada said.

They added that EF Tours is not cancelling trips, but are modifying certain trips, and offering flexible alternatives so everyone feels safe and supported.

There have been over 200 confirmed cases of the virus in Italy, and seven reported deaths, according to CBC News.

So far the coronavirus has infected over 80,000 people around the world, and killed 2,700.