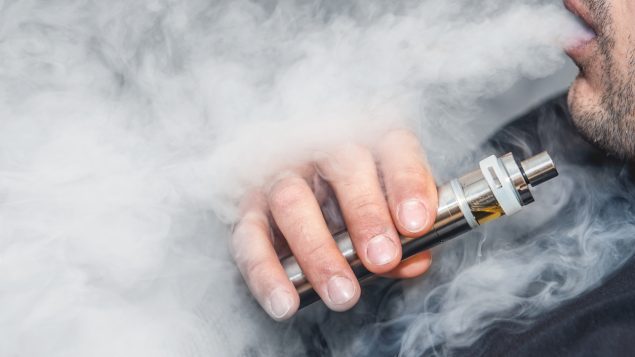 A man smokes an electronic cigarette on a gray background, blowing a stream of smoke. (iStock/Oxana Medvedeva)

According to new data released earlier this week from Statistics Canada, vaping is more prevalent among younger Canadians.

Survey results said that in 2019 15 per cent of teenagers aged 15 to 19 reported that they had vaped 30 days prior to the survey and 36 per cent said that they had tried vaping at least once in their lifetime.

Almost half of respondents aged 20 to 24, 48 per cent said they had tried vaping at least once in their lives.

According to Health Canada, vaping can increase a person’s exposure to harmful chemicals, and the highly addictive substance nicotine. Health Canada also said that there are concerns about the appeal of vaping products to younger Canadians as it has potential to promote tobacco use.

For the first time Statistics Canada has collected data and released information about vaping in Canada. The data is a part of the new CanadianTobacco and Nicotine Survey of 2019, which surveyed 8,600 people from across the country throughout November and December 2019.