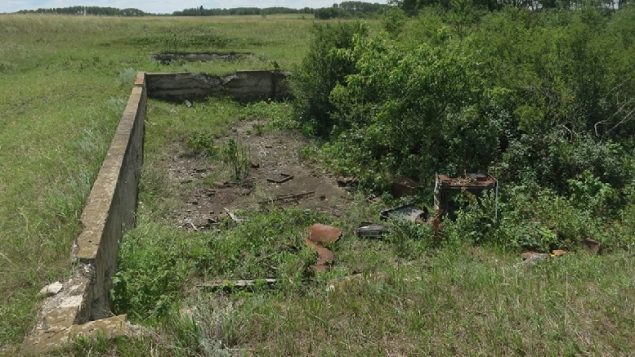 Imagine walking across a field and coming across this. What is it. Goldsborough solves such interesting mysteries and discovered it was once the biggest swimming pool in western Canada, It's part of the remains at Camp Hughes, a First World War training facility west of Carberry. ( Gordon Goldsborough)

For a biology professor in Winnipeg, an interest in history has become almost equivalent to a full-time passion.

Gordon Goldsborough (PhD) is a professor of biological sciences at the University of Manitoba, and president of the Manitoba Historical Society.

Away from the university he’s usually on the road to obscure places in the western province to record vestiges or ‘ghosts’ of the past. Either that or he’s in the archives somewhere trying to discover more about a once important or popular place, a place now abandoned and often in ruins or with mere vestiges left of what once was there.

Manitoba like most Canadian provinces is huge, in this case bigger than all of France. As settlers moved in and development began, buildings and institutions sprang up across the province. But times and needs and culture change and places are left to the elements. 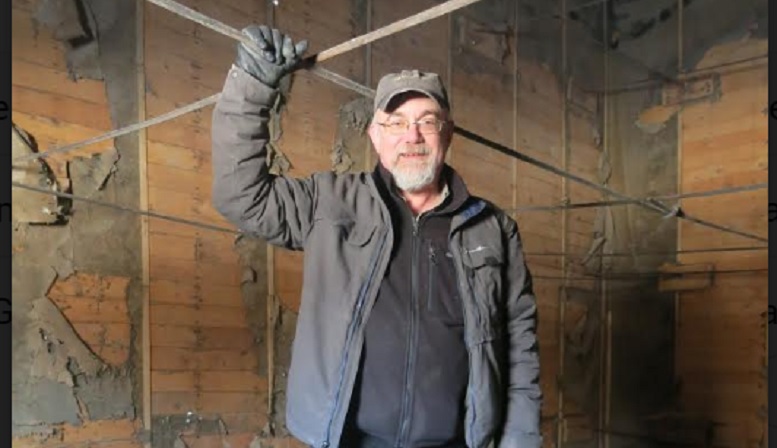 Goldsborough’s goal is to record such places with photos and GPS both as a permanent record of what was, and as a way for like minded historians and history buffs to locate them for themselves. 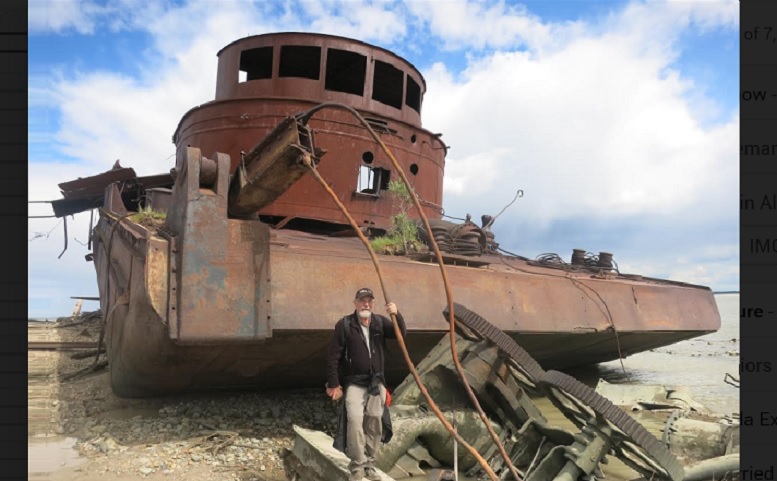 The giant dredge of Port Nelson on Hudson Bay. Built in 1913 it arrived on site the next year in an ambitious project to create a northern shipping port.  After WWI, the government decided Churchill was a better location for a port. In 1924 a vicious storm pushed the dredge up onto the artificial island it had created from dredging, where it has remained since a remnant of a grand and expensive idea (Gord Goldsborough)

His work has been recorded in two books already with a third on the way.

He doesn’t merely record images of the place and the remnants but in his books delves into the history of the place, what it was, why it was where it is, and its fate.

Gordon Goldsborough’s first book. The second book More Abandoned Manitoba is out with a third in the works (McNally-Robertson Publishing)

He says many communities sprang up along rail lines, once the main, if not the only means of travel for any distance in the huge province. As road building took over it became easier to move about and many of the feeder rail lines become unprofitabale and were shut down and  communities slowly died out. 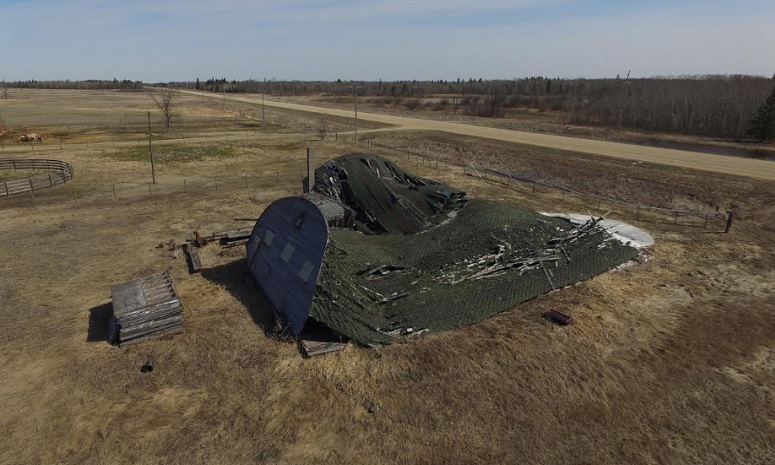 Ghost of another era. “Crabby Steve’s Dance Hall”. With great distances to travel, rural residence had few places to go for entertainment so dance halls (barn dances) sprang up to serve the need. Crabby Steve’s was built only in 1947, but was a very popular locale for a few decades until times changed and it was abandoned in the 1980’s. (Gord Goldsborough)

Some places only existed until the resource ran out, or the major construction project completed or abandoned, while in other cases, there might be a sadder story of a failed enterprise or farm. 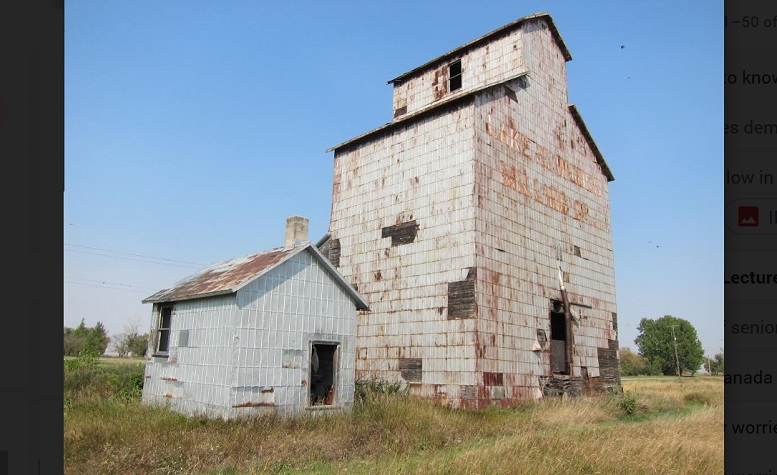 Lake of the Woods grain elevator, believed to be the oldest in the province dating from approximately 1897. (Gordon Goldsborough)

But with so many places to choose from, he said the places chosen for his books are the ones with more interesting stories about them. 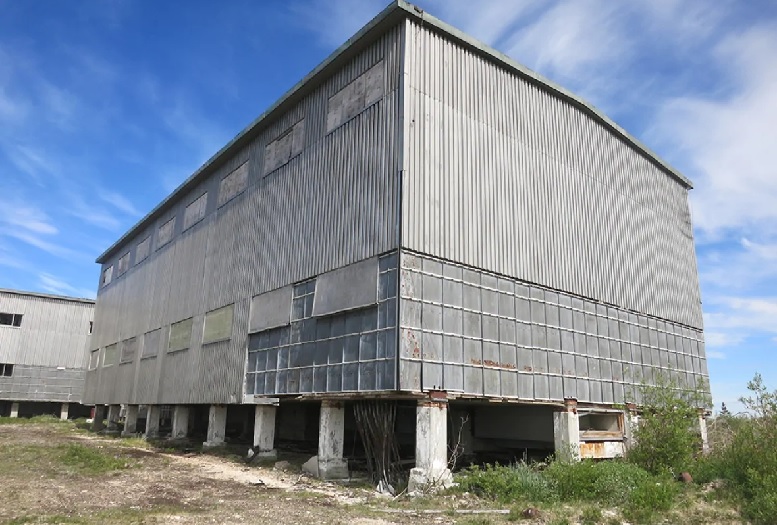 His hobby has led to him becoming a popular public speaker with dozens of presentations every year and a weekly appearance on the public broadcaster CBC weekend morning show.