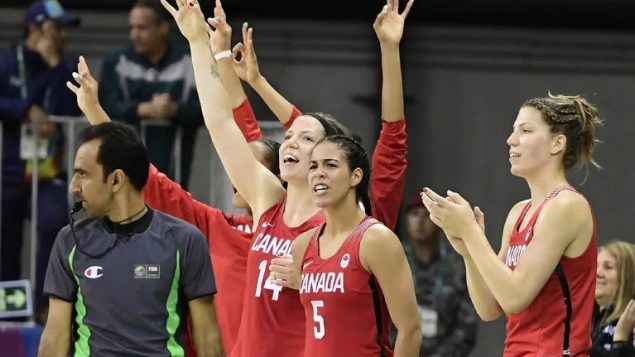 Canada's women's basketball team will be returning to the Olympics for a third straight time after qualifying in Belgium in February (above). It's just happening a year later than originally anticipated. (Javier Soriano/AFP via Getty Images/File)

There’s some good news today for Olympic athletes–those amazing beings who periodically make their way into our collective consciousness, whetting our collective imagination about the World of Possibility and Excellence.

Earlier this week, the International Olympic Committee and the Japanese organizers of this year’s Summer Games announced they were not going to happen until next summer because of the COVID-19 pandemic.

The decision left athletes from around the world–including Canadians–who had already qualified to compete (and those who hadn’t) wondering which end was up.

On Friday, they got their answer.

The IOC announced that 57 per cent of 11,000 athletes set to compete in Tokyo who had already earned their spot would keep it.

That means some 6,000 athletes have booked their tickets to Tokyo next summer.

The Canadian Olympic Committee has yet to officially comment on today’s announcement.