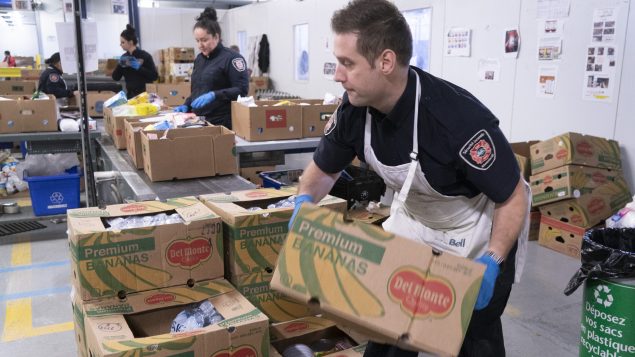 A Montreal firefighter volunteers at Moisson Montreal food bank in Montreal on Friday, March 27, 2020. A coalition of 150 Canadian charities is warning that they won't survive the pandemic unless they get urgent help from the federal government. (Paul Chiasson/THE CANADIAN PRESS)

A coalition of 150 Canadian charities is urging the federal government to offer an urgent $10-billion financial lifeline to prevent the “irreparable collapse” of the struggling sector and the programs it offers to vulnerable Canadians and abroad.

In an open letter to Prime Minister Justin Trudeau, the leaders of a wide range of charities, including War Child, United Way, the Canadian Cancer Society, the Heart and Stroke Foundation and YMCA, say Canada’s charities are a critical part of the Canadian economy.

The letter by the Emergency Coalition of Canadian Charities argues the COVID-19 crisis and the resulting economic fallout is threatening to quickly destroy Canada’s charitable sector, which accounts for more than eight per cent of the country’s GDP and employs 1.4 million Canadians.

“Without immediate support from the Government of Canada, most Canadian charities will be forced to lay off substantial numbers of employees, will no longer be able to support vulnerable people and communities, and many will face a significant likelihood of total and permanent closure,” the letter warns.

The coalition urges the government to establish an emergency $10-billion stabilization fund to allow charities to survive, retain staff, cover critical expenses and continue essential, frontline operations during the pandemic.

It also calls on Ottawa to offer loan guarantees to Canadian banks to ensure that charitable organizations have easy access to short-term low- or no-interest loans, and to increase the Charitable Donation Tax Credit through to the end of 2021 from 50 per cent to 75 per cent to encourage Canadians to donate.

Charitable organizations are particularly vulnerable to the COVID-19 crisis because they rely on a steady stream of donations, business support and government investments to survive, the letter said.

All of these revenue sources have been disrupted and are under threat, it adds.

“The impact of current events on charities cannot be overstated,” said in a statement Dr. Samantha Nutt, founder and president of War Child Canada. 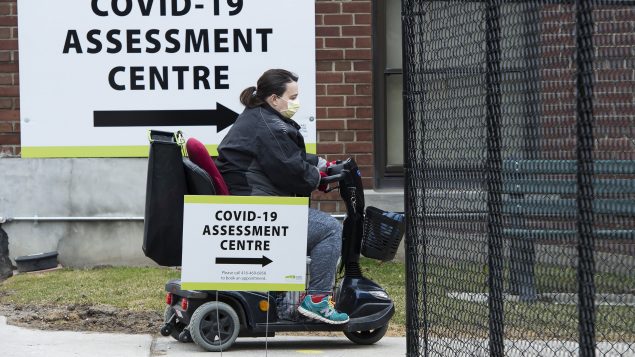 A woman arrives at the Covid-19 assessment centre at the Michael Garron Hospital in Toronto on Tuesday, March 24, 2020. (Nathan Denette/THE CANADIAN PRESS)

Few charities have the financial reserves and access to capital that will allow them to stay afloat through the pandemic, she added.

“It is a brutal irony that as vulnerable groups in Canada and around the world are confronting the social hardship and economic fallout of COVID-19, charities who might support and assist them are struggling themselves to figure out how they will continue to resource their operations, employ their staff and provide vital support to vulnerable people,” Nutt said.

Canadian Cancer Society president and CEO Andrea Seale said both donations and volunteering have been drastically curtailed by the pandemic.

“Charities are too important to the fabric of Canada to be forgotten during this crisis,” Seale said.

Roberta Jamieson, president and CEO of Indspire, a national Indigenous charity that invests in education, said every dollar donated to Canadian charities goes back into the community to continue serving the needs of the most vulnerable, including Indigenous peoples.

Most vulnerable populations at risk 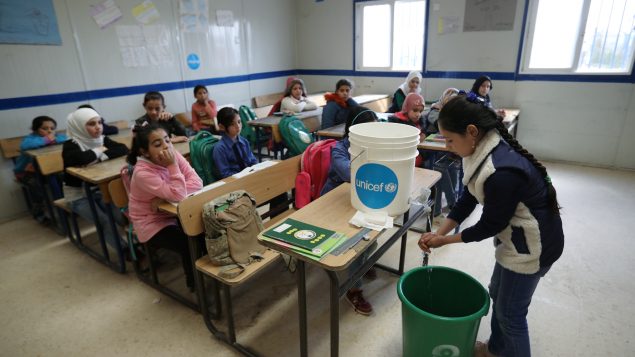 A Syrian refugee student takes part in a washing hands activity as part of an awareness campaign about coronavirus initiated by OXFAM and UNICEF at Al Zaatari refugee camp in the Jordanian city of Mafraq, near the border with Syria, March 11, 2020. (Muhammad Hamed/REUTERS/)

Dr. Tanjina Mirza, who co-leads Plan International Canada, a humanitarian NGOs that has been at the forefront of international responses to past outbreaks such as cholera and Ebola, said the sudden drought in funding could have devastating consequences for charities that work with the most vulnerable populations in the developing world and conflict zones.

Mirza said she shudders to think what would happen in overcrowded Rohingya refugee camps in Cox’s Bazar in her native Bangladesh, if the disease takes root there.

About 60 per cent of Plan International Canada’s $250 million budget comes from donations by ordinary Canadians, Mirza said. The rest comes from institutional donors, including the federal government, the Global Fund to Fight AIDS, Tuberculosis and Malaria, and various UN agencies.

However, amid the COVID-19 pandemic, a lot of these institutional donors are now themselves asking for more funding.

Speaking to reporters on Wednesday, Trudeau said Canada is ready to answer the UN’s call, but did not give any details.

‘The world has changed’

“COVID-19 has taught us something important: there are no boundaries for a disease like this, it knows no colour, no religion, no ethnicity,” Mirza told Radio Canada International. “We just cannot sit still in Canada and hope the rest of the world will be OK by themselves and we won’t be rehit by this virus.”

It is in the interest of Canadians to make sure that COVID-19 is stopped elsewhere, Mirza added.

“The world has changed. So, yes, definitely we need to look out for ourselves, but without helping those who need the most, this pandemic will not be curbed,” she said.

Officials in the office of Finance Minister Bill Morneau did not respond in time for publication.