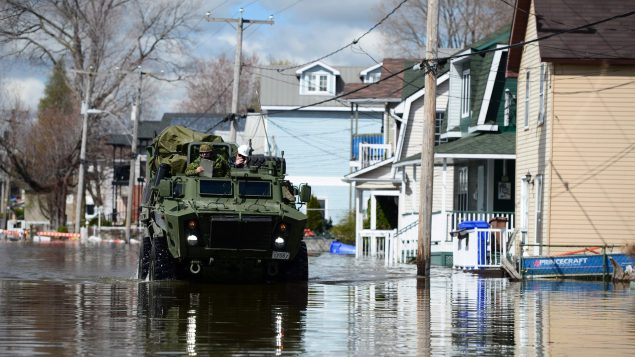 A military vehicle drives along a flooded street as waters breach the Gatineau River and flood the neighbourhood in Gatineau, Quebec on Wednesday, May 10, 2017. The federal government says the Canadian military is ready to mobilize 24,000 soldiers to help authorities in the fight against COVID-19. (Sean Kilpatrick/THE CANADIAN PRESS)

The Canadian military is gearing up to help civilian authorities in the fight against COVID-19, Prime Minister Justin Trudeau said Monday.

The Canadian Army have readied up to 10 regular force units across Canada, he said.

“These immediate reaction units are ready to support any request for assistance,” Sajjan said.

“They can play a critical role in providing humanitarian support and delivering supplies, ready to support Canadians no matter where they live.”

The announcement comes as Chief Medical Officer Theresa Tam said Monday that the number of novel coronavirus infections in Canada has climbed to over 6,671 cases, causing at least 66 deaths across the country.

Largest deployment since the 1998 Ice Storm 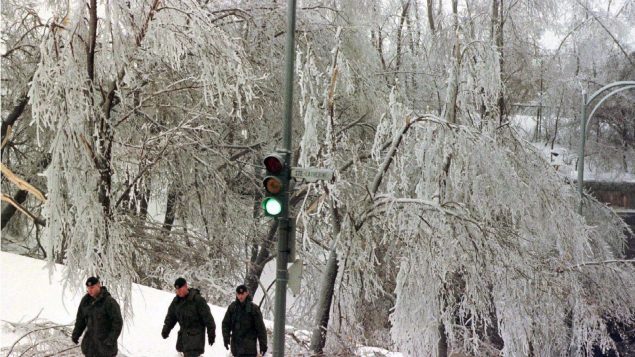 Members of the Canadian Armed Forces walk to their headquarters in Westmount on Friday, Jan. 9, 1998, during the 1998 Ice Storm. The government’s plans to mobilize 24,000 soldiers would be the largest peace-time deployment of the Canadian military since the Ice Storm. (Robert Galbraith/THE CANADIAN PRESS)

The military is also bringing into full-time service thousands of reservists and Canadian Rangers, a sub-component of the Reserve Force within the Canadian Armed Forces (CAF), that is the military’s eyes and ears in the sparsely populated northern, coastal and isolated areas of Canada.

“These flexible teams are capable of operating as local response forces to assist with humanitarian support, wellness checks, natural disaster response and other tasks as required,” Sajjan said. 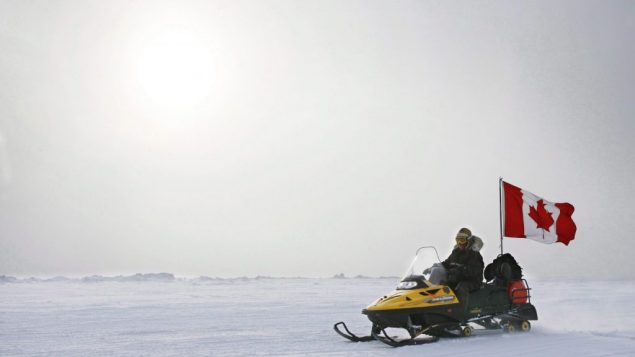 A particular attention was given to Indigenous, northern and Arctic communities, Sajjan said.

“Canadian Ranger patrols will be available to enhance our understanding of the needs of the northern, remote and Indigenous communities, and we will be ready to respond as required,” Sajjan said.

Chief of Defence Staff Jonathan Vance said the military will be able to respond with its specialist capabilities such as medical, logistics and engineering.

“We’re also looking at significant responses in the event that communities start to suffer multiple events, including floods, forest fires, inside a COVID environment where the armed forces will be able to put in place necessary support to critical infrastructure,” Vance said.

The Royal Canadian Air Force (RCAF) is also ready to support the government’s response to the pandemic while continuing to fulfill its commitments to NATO and the North American Aerospace Defence Command (NORAD), which Canada shares with the U.S., the defence minister said.

The Royal Canadian Navy (RCN) are ready to respond on short notice to coastal communities who might need a helping hand, Sajjan said. 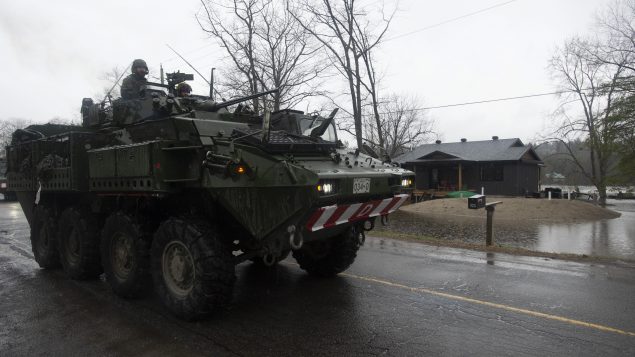 A military vehicle arrives in a flooded area of Ottawa to provide assistance on Friday, Apr. 26, 2019 in Ottawa. (Adrian Wyld/THE CANADIAN PRESS)

The efforts of the Canadian military will be focused around three priorities, Sajjan said.

First, to support the efforts to slow the spread of COVID-19. Second, to provide support to vulnerable communities across Canada. Third, to assist the provincial and territorial governments with logistics, including directly supporting municipalities if needed, Sajjan said.

This response to COVID-19 would occur while still maintaining the military’s ability to respond to possible floods or forest fires, Sajjan said.

The military has not received any formal requests for assistance from the provincial or territorial governments, he added.