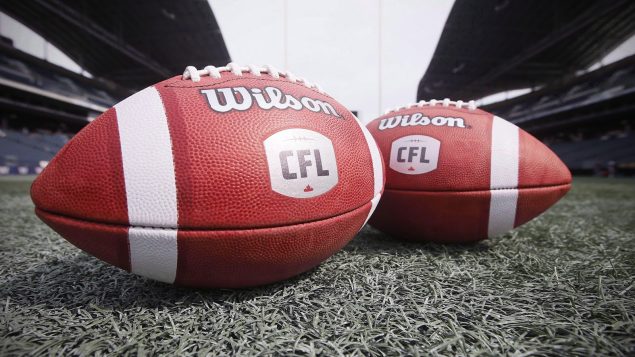 New CFL balls are photographed at the Winnipeg Blue Bombers stadium in Winnipeg Thursday, May 24, 2018. The CFL has postponed the start of training camps indefinitely in response to the spreading COVID-19 pandemic. Full training camps had been scheduled to start May 17. THE CANADIAN PRESS/John Woods

The Canadian Football League (CFL) announced the postponement of the 2020 training camps due to the COVID-19 pandemic, according to a statement released today.

According to the CFL, training camps were originally scheduled to start on May 17.

“As of today, the opening of CFL training camps will be postponed,” Randy Ambrosie, the CFL’s commissioner said. “The ongoing global pandemic and the resulting directives issued by various governments make it unsafe to proceed with plans to gather our athletes and coaches together as scheduled.”

It is currently unclear whether or not the CFL season will be postponed due to the COVID-19 outbreak.

Ambrosie said that the CFL’s future plans are in the hands of public health officials and government directives.

“We will make further decisions when we can and share them with our fans and the public as soon as possible,” Ambrosie added.

The CFL has already been affected by the COVID-19 outbreak. Last week, they announced that the Global Draft was postponed. The CFL also canceled their regional scouting combines in Montreal and Edmonton, as well as its combine in Toronto.

Canada has 6,671 confirmed and presumptive cases of COVID-19 and 67 deaths, according to CBC News, as of Monday morning.