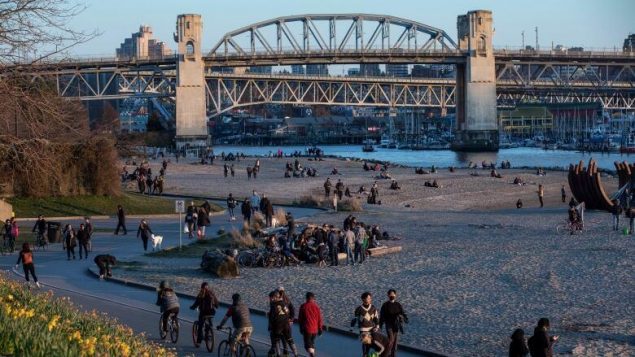 Crowds along the seawall at Sunset Beach in downtown Vancouver on Friday, March 20, 2020. (Ben Nelms/CBC)

Even as the number of confirmed COVID-19 infections in Canada continues to climb over 6,300 cases, resulting in at least 67 fatalities, nearly-one-in-eight Canadians believe the threat posed by the new coronavirus is “overblown,” according to a new survey.

The survey by the Angus Reid Institute shows this cohort – mostly adult men – is also more cavalier in their approach to the virus, especially when it comes to social distancing and hygiene measures, compared to those who say they take the risk seriously. 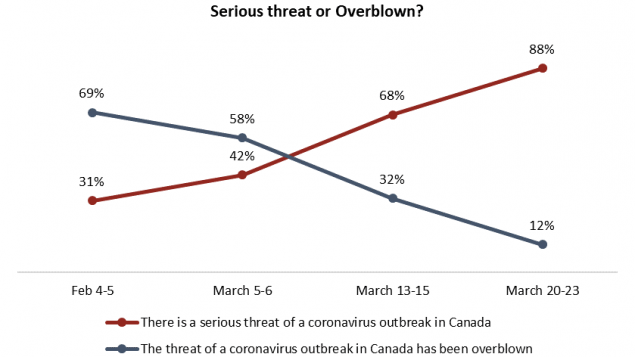 Those who say that COVID-19, which has ground Canadian society to a halt and caused a global economic crisis, is generating too much hype are less likely to be staying away from others, from public spaces, or to be regularly washing their hands, the survey shows.

They are also much more likely to believe that things will get “back to normal” more quickly than those who say the threat is serious.

The study by the Vancouver-base non-profit shows that while this group’s education and income demographics are similar to those of the general population, there are considerable differences in age and gender. A key characteristic of this group is its likelihood to be male and over the age of 34.

This cohort is also over-represented in Western Canada, particularly in Alberta and British Columbia. 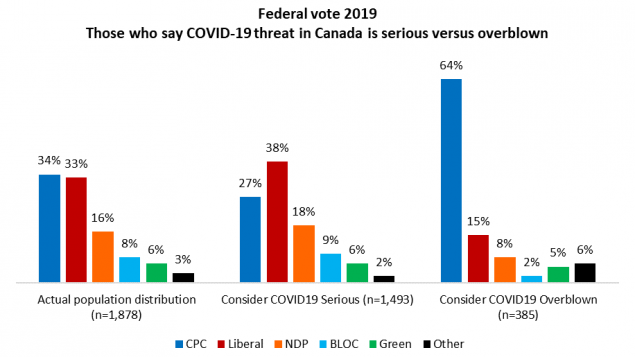 However, the starkest difference is this group’s past voting history. Nearly two-thirds (64 per cent) of those who say the crisis is overblown had voted for the Conservative Party in the 2019 federal election.

Canadians who say the COVD-19 risk is serious and those who say it is overblown are almost equally likely to have already felt the economic impact of the pandemic. About half in each group has lost work at the household level already.

The Angus Reid Institute conducted the online survey from March 20 – 23, 2020 among a representative randomized sample of 1,664 Canadian adults who are members of Angus Reid Forum. A probability sample of this size would carry a margin of error of +/- 2.5 percentage points, 19 times out of 20.